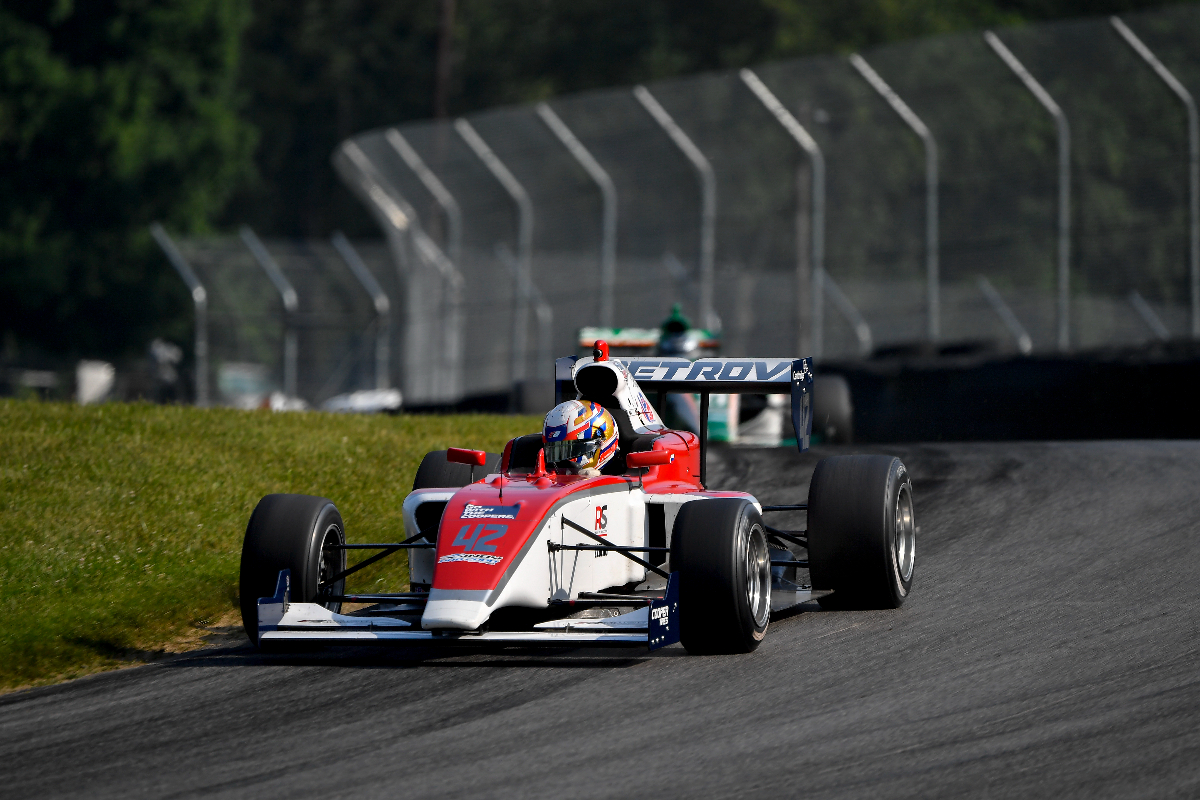 The final round of the Indy Pro 2000 season kicked off with Artem Petrov setting the pace in free practice on Friday afternoon at Mid-Ohio.

It was Juncos Hollinger Racing’s Reece Gold who topped most of the session, going fastest with his frst flying lap and then making successive improvements for some time.

Pabst Racing’s Hunter McElrea sat in second with similar gains, until a point where many of the drivers had set six laps and were now upping their pace. He was shuffled down to fourth behind Exlusive Autosport’s Petrov, who like Gold is a title outsider, and Jacob Abel.

Turn 3 Motorsport’s James Roe Jr then also demoted McElrea, but he then moved himself back up to third just before the session was stopped by red flags when Exclusive’s Christian Brooks went off.

Upon the restart there was a rush to get back on track, and McElrea improved in third. Petrov also set a new personal best, going 0.0086 seconds slower than Gold with just under five minutes to go,

Despite Gold’s own improvement, Petrov did enough to claim top spot a lap later by 0.0153s.

Two tenths further back was Jay Howard Driver Development’s points leader Christian Rasmussen, who in the final minute pushed McElrea back out of the top three.

The top nine were covered by just over three quarters of a second on pace. Series returnee Enaam Ahmed was eighth, driving for Juncos Hollinger Racing, and Rasmussen’s closest title rival Braden Eves (Exclusive) was ninth.

Propping up the 12-car order was Jordan Missig, who will be making his debut this weekend with Pabst.