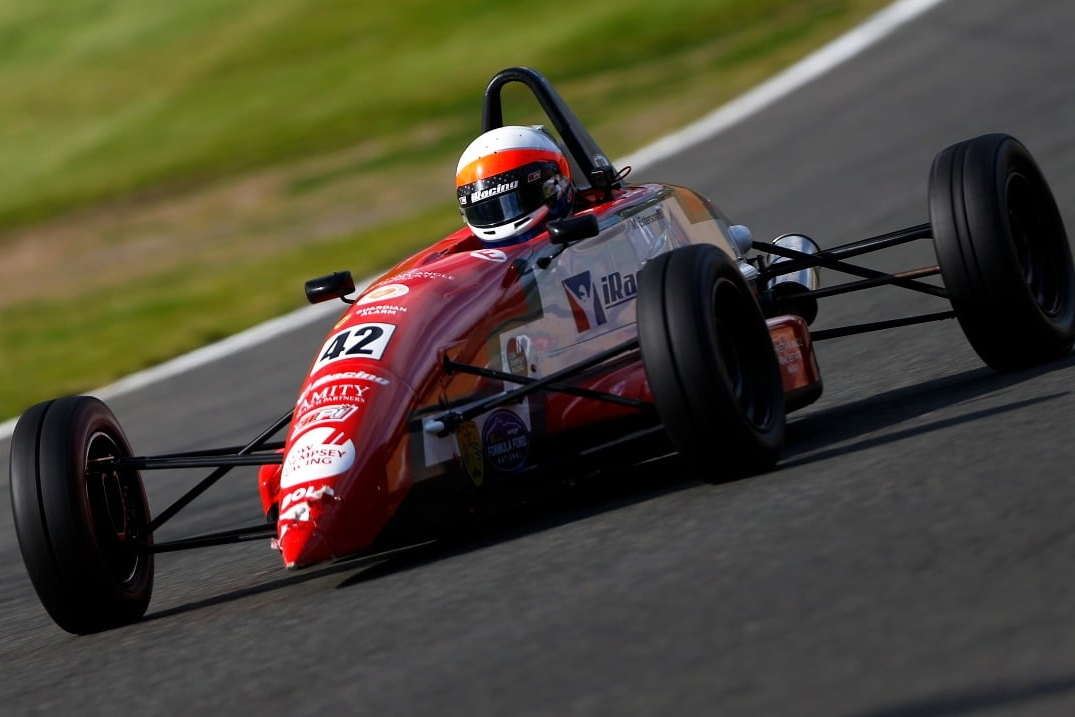 Andre Castro and Max Esterson have been named as the 2021 Team USA Scholarship winners, and will race in the Formula Ford Festival and Walter Hayes Trophy later this year.

The annual contest rewards two to three United States-born drivers with the chance to race for Low Dempsey Racing in the United Kingdom’s end-of-year Formula Ford 1600 classics that take place at Brands Hatch and Silverstone.

Castro is a former NASCAR driver and current USF2000 hopeful whose single-seater efforts on the Road to Indy and in F1600 cars has only been part-time of late due to lack of funds.

“I feel truly honored to be representing my country through the Team USA Scholarship program,” said Castro.

“This initiative has kickstarted countless successful racing careers throughout the past 30 years, and [founder] Jeremy Shaw continues to provide opportunities to young drivers like myself to show what we can do in an extremely competitive international setting.”

Esterson meanwhile is fighting for the BRSCC National FF1600 title with LDR and became Champion of Snetterton in FF1600 earlier this year. He’s also the reigning Road to Indy eSports champion.

“It’s such an honor to be part of the same program that led many American stars into successful careers. Beyond the financial support the scholarship provides, it gives a driver like myself recognition I otherwise probably wouldn’t receive.

“The scholarship can be a springboard for my career and open many doors, but it’s now up to me to make the most of the opportunity.”

The pair were two of six finalists who went through a two-day shootout at the Polecat Training Center track where they were judged by previous scholars Newgarden, Andy Lally and Aaron Jeansonne as well as Team USA founder Jeremy Shaw.

The equivalent Team Brazil and Team Canada scholarships have had to cancel their participation in the FFord Festival due to pandemic uncertainty.

“The tough decision has been made to once again put a hold our trip to England,” read Team Canada’s statement.

“The growing concerns with the latest COVID-19 variants and travel in uncertain times are too risky at this time. As always our main concern has to be for the well being for [our] team. Our 10th anniversary of the TCS will have to wait until 2022.”

Its Brazilian counterpart shared a very similar statement, and added: “It is not all bad news, we will still be choosing a scholarship winner, and the Team Brazil Scholarship winner will be participating in the 2022 Formula Ford Festival!”

The full list of Team Brazil Scholarship finalists will be named in the coming weeks.