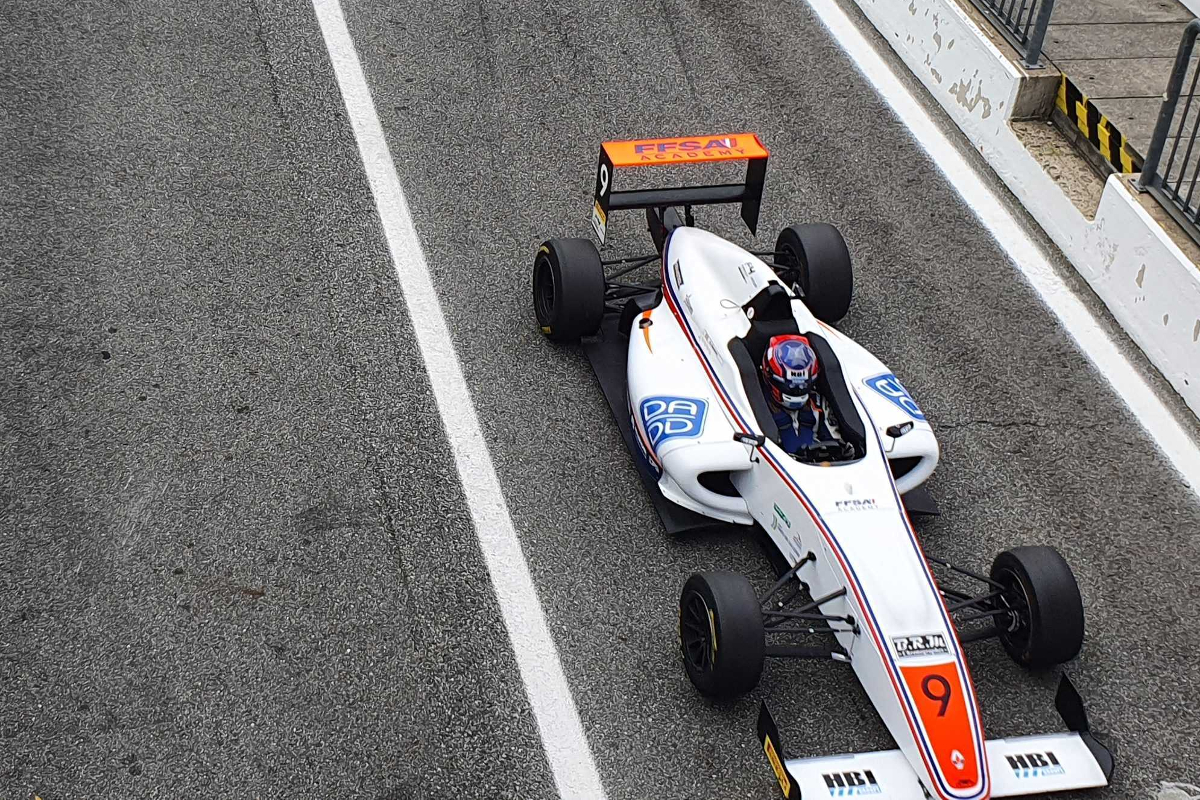 Esteban Masson beat Alessandro Giusti to both poles at this weekend’s penultimate round of the French F4 season at Paul Ricard.

Giusti had led for the majority of qualifying, with his 2m08.491s and 2m08.652s lap times good enough for pole position in both races one and three, as the drivers’ second-best times set the grid for the third race.

However, Masson pipped Giusti by 0.122 seconds with under four minutes to go, and then on his final push lap set a 2m08.641s to steal pole for race three.

Maceo Capietto ended up 0.089s slower than Giusti in third, just ahead of the impressive Elliott Vayron who will start fourth despite managing no running in this morning’s practice session.

In the only difference between the top 10 for race one and race three, Vayron and Capietto will switch grid positions. Vayron managed to set an identical second-best laptime to Giusti, but the latter gets onto the front row thanks to setting his laptime earlier.

Dario Cabanelas was the second-best Junior classification driver behind Giusti and qualified fifth in both races despite being the only driver to not manage double figures in laps, beating Daniel Ligier by 0.006s.

Behind Ligier, Geraci was the last of the drivers to post a time sub-2m09s in seventh, ahead of Hugh Barter.

Gael Julien and Noah Andy traded times at the top at the beginning of the session, but eventually settled in ninth and 10th respectively, despite the latter suffering a spin at turn five and having two laps deleted for track limits violations.

Thai driver Thanapongpan Sutumno qualified 13th on his series return, just over a second off both pole times. Louis Pelet was the best-performing debutant in 15th, ahead of Paul Jerome and Luciano Morano.