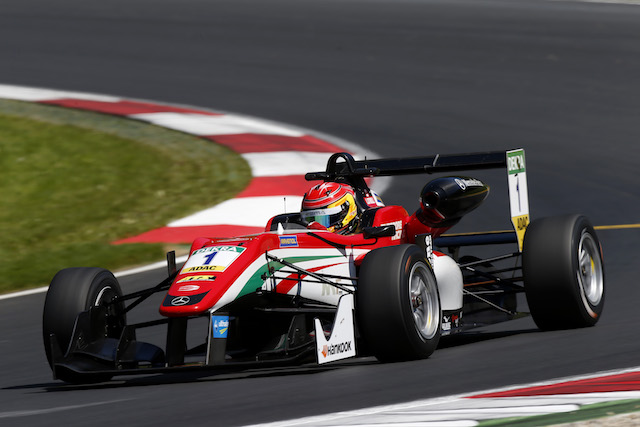 Leading from pole, the?Canadian was at the head?of a three-way fight for first early on with?Callum Ilott?and?George Russell, but he was able to pull away in the end to win by 9.9 seconds.

Russell started on the front row but was passed into Remus for the first time by fellow Briton Ilott. The pair remained close together for much of the race and Russell got down the inside at the first corner on one lap, only to run deep?and have to settle for third.

Niko Kari?had a strong run to fourth, finishing within half a second of Russell, while?David Beckmann held fifth throughout on his second weekend in F3.

Ryan Tveter and?Li Zhi Cong did not take part after their enormous race one crash. An FIA statement said that Li had been airlifted to hospital “due to possible head and back injuries” while Tveter had been transported by ambulance for further checks.

UPDATE:?Ilott was penalised for exceeding track limits, dropping him to fourth behind Russell and Kari. Beckmann was relegated from fifth to seventh and Eriksson from 10th to 14th.