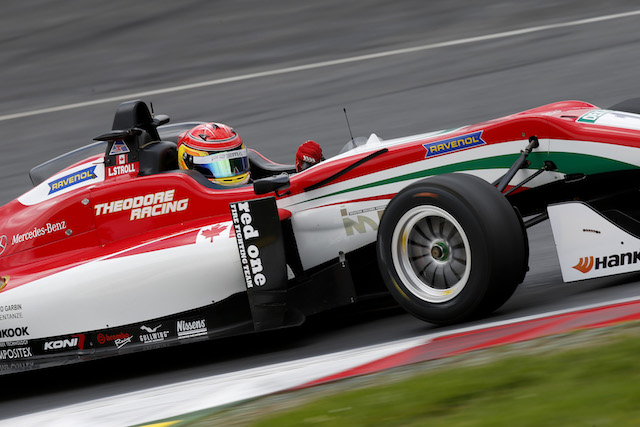 Stroll, who has a 13-point margin at the top of the standings over closest rival Gunther, was fourth in the opening session, just a tenth and a half down on his team-mate.

Callum Ilott was second, 0.061s away from pole, with?Ben Barnicoat continuing his recent form with third.

Jensen was the slowest of nine drivers covered by less than two tenths in an even closer second session, in which Stroll pipped Russell to the best time by just 0.002s.

Ilott took third ahead of?Niko Kari, who produced a fine comeback from missing all of practice due to a fire.

David Beckmann also lost practice time due to a gearbox issue but took a fine fifth on the grid for what will be just his fifth race in F3. He sat on top?with around three minutes left but was then shuffled back to 10th before his final effort.

Ilott took second ahead of Beckmann and Kari, while Aron moves up to fifth. Gunther is again seventh ahead of Eriksson, Barnicoat (who was only 11th quickest) and Jensen.

Nick Cassidy‘s woes continued in his Prema car, taking a pair of 12ths and a 16th, but that was still better than?Alessio Lorandi, who just five days after winning the Pau Grand Prix was?left with 18th, 16th and 20th.