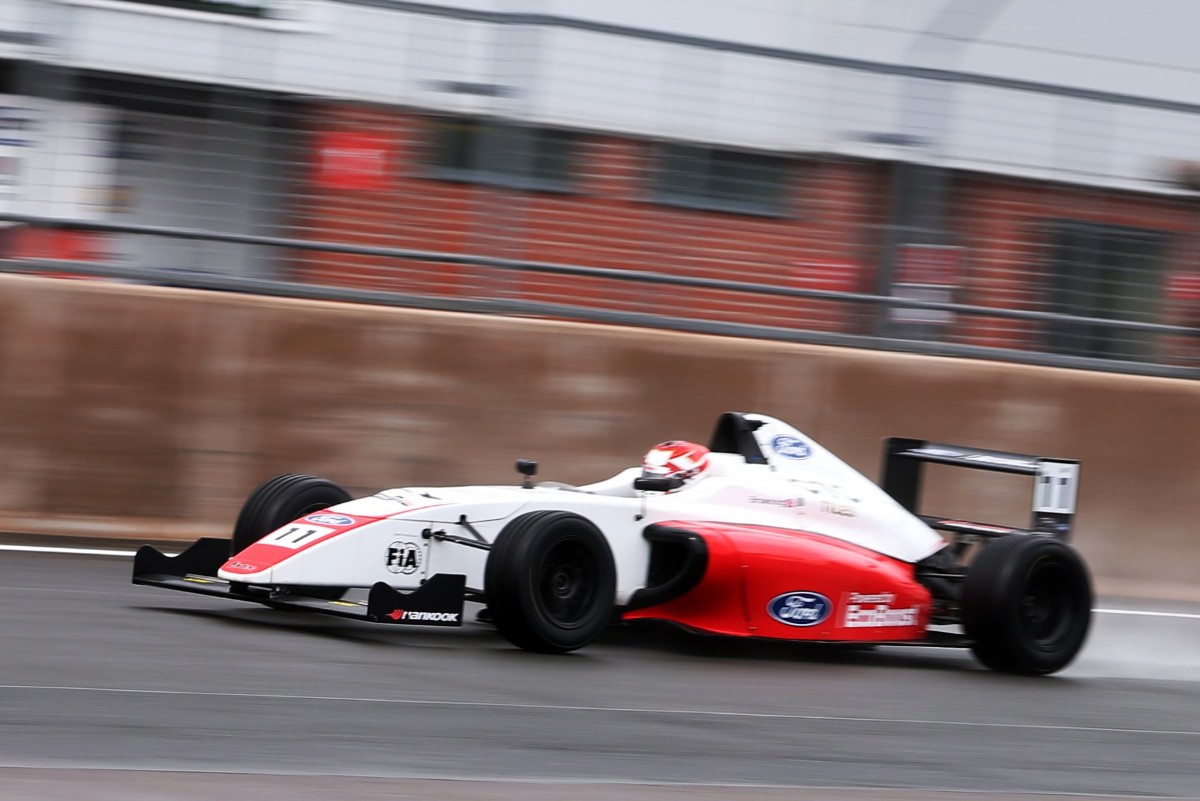 A Met Office yellow warning was actually put out during the day due to the high winds and rain being brought to the area by Storm Francis.

The circuit was already wet at the start of the day, in which Carlin’s Zak O’Sullivan set the pace narrowly from Fortec Motorsports’ points leader Luke Browning.

Despite the weather getting even worse for the second session, laptimes remained at pretty much the same level and Browning edged Arden’s Alex Connor and O’Sullivan to the top of the times.

While the track temperature remained at 10°C in the third session, the rain continued to fall even harder. Browning found a way to set the best time of the day though, a 56.750, which put him four tenths of a second clear of the rest of the field.

Conditions worsened so far in the final session that between multiple red flags there was only two flying laps set by most of the field, with Hedley going fastest. The planned fifth session was then cancelled due to the weather.