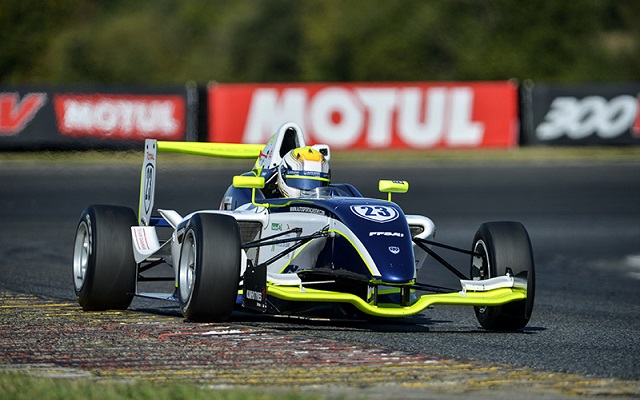 18-year-old Lasse Sorensen topped a French F4 qualifying session for the second time this season ahead of the series’ fifth round at Nogaro.

The championship leader took first in the timesheets around halfway into the session and ended up beating his nearest rival – Lotus junior Dorian Boccolacci – by more than two tenths of a second.

Having qualified 0.6s off the pace in third, Vladimir Atoev will go into Saturday in pursuit of his first podium in cars. Anglo-Swiss title contender Felix Hirsiger will join the Russian on the second row.

The best times of the session determined the grid for race three, with the second-best times used for the grid of race one.