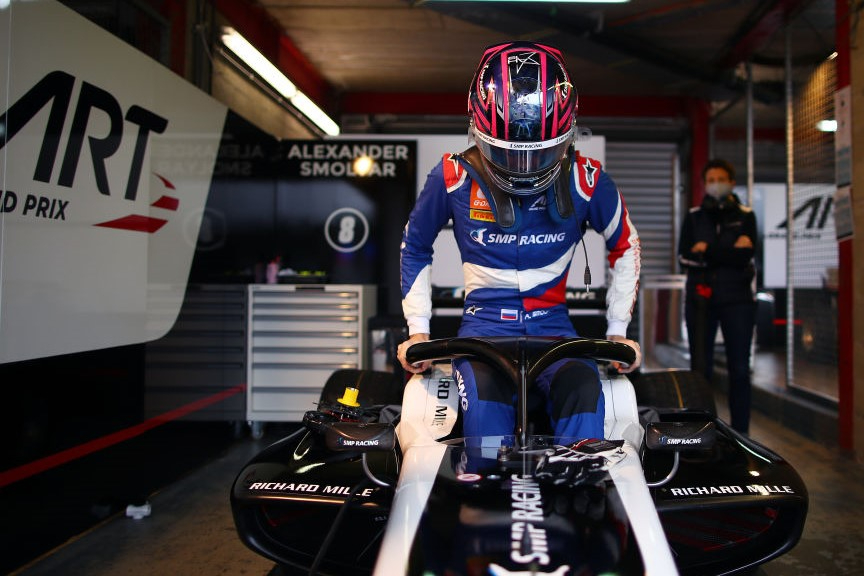 Alex Smolyar says he is unsure whether he will be able to enter the United States for the FIA Formula 3 Championship season finale.

The ART Grand Prix driver is currently fifth in the FIA F3 standings with two wins, and ended a lengthy podiumless spell in last Sunday’s race at Spa-Francorchamps.

He surprised those present in the post-qualifying press conference there when asked about his 2022 plans.

“I’m not even sure for the end of the season actually because it’s a bit hard to get to America, for myself at least,” said Smolyar.

“So, I’m still not sure if I will be able to be there, but now I’m not trying to think about this.”

When asked by Formula Scout for the reasons behind that, the Russian quickly denied he was lacking budget to complete the season, and stated that it was all down to COVID-19 travel restrictions.

“I think I’m still fighting for a good place in the championship, so for sure it’s not a budget problem.

“It’s covid restrictions right now. I’m not saying I’m not going to Austin. I’m not 100% sure at this point, but I think we will find the way.”

He later added to Formula Scout: “As much as I want to visit USA for the first time in my life and race there I still hope the last round of F3 will take place somewhere else. The fact that I live in Russia makes the situation a bit harder, that’s for sure.”

The season finale at Circuit of the Americas in Texas, where there is a major shortage of hospital beds for COVID-19 patients, is the only FIA F3 event outside of Europe this season and it is set to be the first time the series visits North America.

However, current travel restrictions limit entry to the USA of non-citizens who have been to the United Kingdom or to any country in the European Schengen area in the previous 14 days, and it is there where most FIA F3 teams and drivers are based.

Smolyar has been the first driver to express his concerns about the possibility of missing the season finale, but there could be more drivers are teams raising their voice about the matter as the date gets closer. The return journey looks set to become harder too as the European Union intends to restrict travel from the USA. It could spell the cancellation of the COTA round.