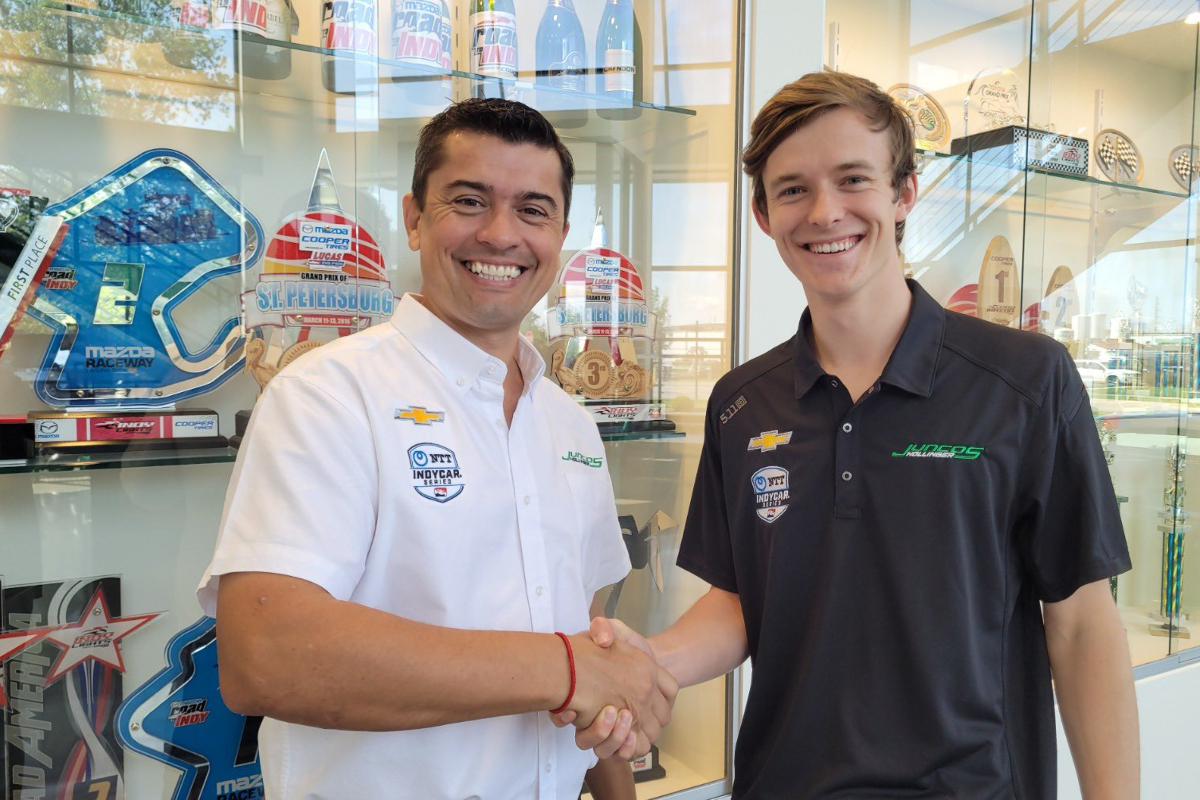 Callum Ilott, the 2020 Formula 2 runner up, will debut in IndyCar next week at the Grand Prix of Portland with the returning Juncos Hollinger Racing team.

The Briton missed out on the F2 title last year to fellow Ferrari junior Mick Schumacher, who graduated to Formula 1 with Haas. Ilott, despite being linked with a move to that team as well as Alfa Romeo Racing, missed out on a drive.

“Super excited to be racing IndyCar for Juncos Racing next week in Portland,” Ilott said on social media on Wednesday.

“First experience driving the beast on track tomorrow at Indianapolis. Big thank you to Ricardo [Juncos] and Brad [Hollinger] for the opportunity.”

Ilott also made his Le Mans 24 Hours debut last month with Iron Lynx, finishing third in the GTE-Am category, and his first IndyCar race will also be his United States racing debut.

“We are confident that he will make a good transition to the IndyCar series when we hit the track for our final test at the Indianapolis Motor Speedway tomorrow before making our official debut together in Portland next week. ”

Road to Indy and sportscar team Juncos has not appeared in IndyCar since 2019, but is contesting the remaining three rounds of this season ahead of a full-time 2022 return with new partner Brad Hollinger.

The team has previously run Rene Binder, Kyle Kaiser and Alfonso Celis Jr in its sole (mostly) full season back in 2018 in IndyCar, while in 2019 Kaiser famously bumped Fernando Alonso out of the Indianapolis 500.

Ilott is only confirmed for the Portland round, with the identity of the driver for the Laguna Seca and Long Beach races yet to be determined.