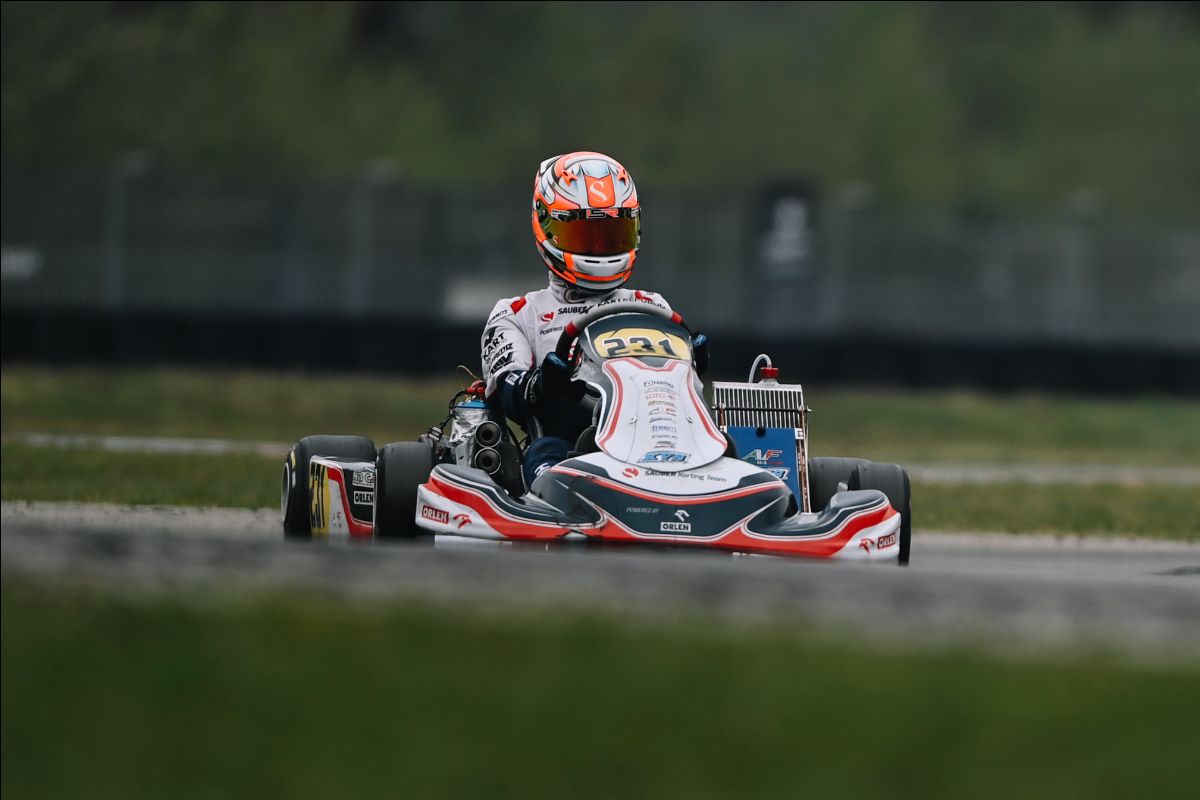 The Asian teenager races under a Singaporean license and celebrated his 13th birthday in 2019 by becoming a Sauber junior.

That year he came second in the FIA Karting Academy Trophy and the German Junior championship in OK-Junior karts, as well as 11th in the CIK-FIA World Championship. He improved to fourth in 2020, and was third in the WSK Champions Cup.

For 2021 he has stepped up full-time to senior karting in OK karts, after going up against older opposition in last year’s IAME Asia Cup and finishing third, but results have so far been lacking with 23rd in the Champions Cup being his best result.

However he has also already begun his preparations for stepping into single-seaters, testing in Formula 4 cars several times with AKM Motorsport which is co-owned by Diego Chiesa’s Kart Republic outfit that is behind Sauber’s karting team.

Ferrari Driver Academy member James Wharton has similarly struggled for results in what is his second year in OK karts as a factory Parolin driver, and is also is set to be racing in F4 next year with Formula 1 backing unless he is dropped by Ferrari.

It was initially proposed that he would debut in F4 later this season, although Mercedes-AMG F1 junior Andrea Kimi Antonelli has now secured the vacant Prema seat in the Italian championship.

Martinius Stenshorne, signed three months ago, has done far better at the Leclerc-branded Lennox Racing Team as a rookie in senior karting and came 12th overall in the CIK-FIA European Karting Championship despite being disqualified from the final of one of the four rounds.

His father Martin Stenshorne was a Barber Dodge Pro Series racer in the 1990s after his own successful karting career, but he then switched his motorsport interests to off-road and was a winner in Norwegian rallies and a frequent competitor in the Junior World Rally Championship.