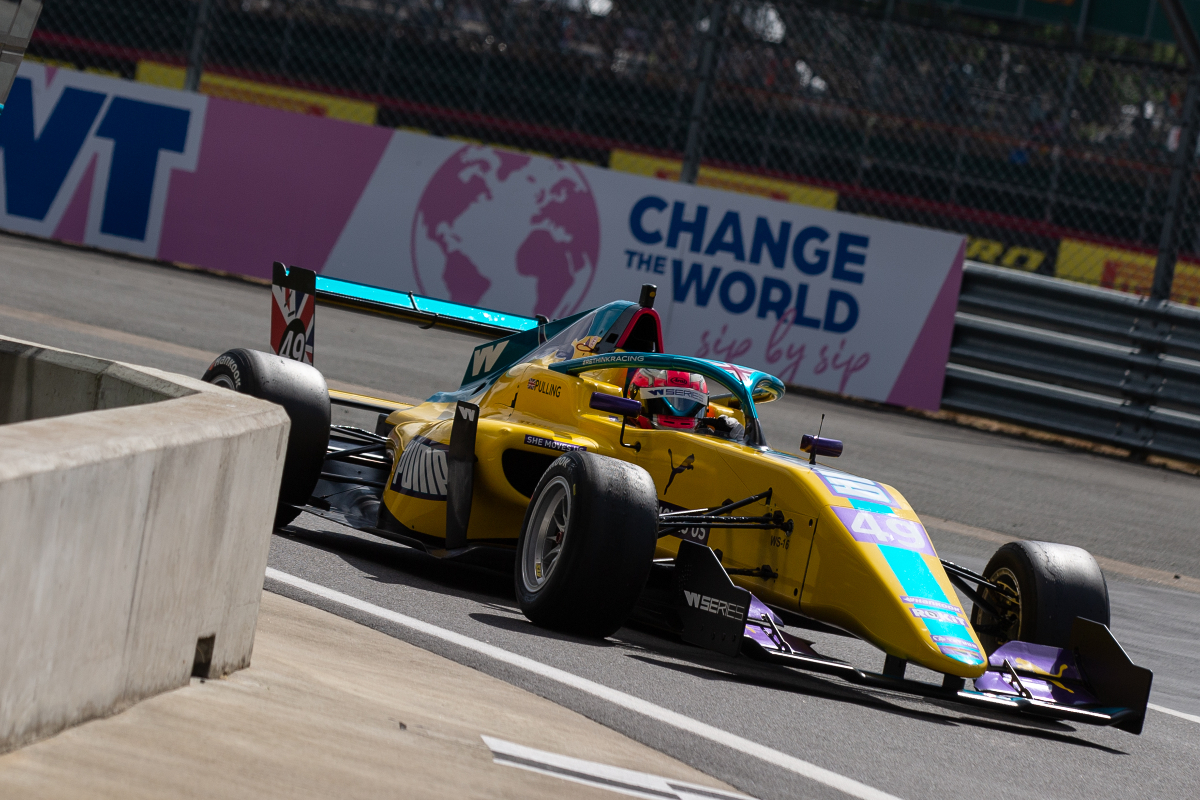 British Formula 4 racer Abbi Pulling will get a second W Series start as she joins the grid at Zandvoort this weekend.

The 18-year-old made her debut in the all-female series at Silverstone in July, qualifying and finishing an impressive eighth.

It was her third race in Formula Regional machinery, having contested a Formula Renault Eurocup round at Imola last year.

“It’s great to be back with W Series this weekend,” said Pulling.

“My British F4 season has been a bit frustrating and I’ve had some bad luck, so I’m desperate for a good result at Zandvoort and will be trying my hardest.”

Pulling came sixth in British F4 in her rookie season in single-seaters, taking four podiums on the way. She’s taken another three podiums in 2021, but lies eighth in the points after almost two third of the season.

“I raced on the old Zandvoort circuit in 2019 in the Ginetta cars and loved it. It’s such a fun and unusual circuit, unlike any other that I’ve driven, and it’s one of my favourites as it suits my driving style. The high-cambered corners let you carry lots of speed through them and there are some blind braking zones too.

“I’ll need to hit the ground running and get used to the F3 car again so that I can feel comfortable in practice. That will allow me to give it my all in qualifying which will be important here because it’s hard to overtake in the race. Despite that, I think we’ll see some really close and exciting racing because the track is awesome.”

Caitlin Wood will be W Series’ nominated reserve driver this weekend as Pulling is racing, and all the cars involved in the crash in qualifying at Spa-Francorchamps last weekend have been repaired.

Ayla Agren and Beitske Visser were involved in that crash, and then missed out on racing in Belgium. To race this weekend, both will need medical clearance.

For Visser, she doesn’t expect that to be an issue and is anticipating a chance to race in front of her home Dutch fans as her country returns to the Formula 1 calendar for the first time since 1985.

“After what happened at Spa last weekend, it would be perfect to be back in the car at Zandvoort,” said Visser.

“I was sore after getting back from hospital, but so relieved not to be badly injured and I’m feeling better now. After coming through such a serious crash, you just want to get back in the car as soon as possible. I don’t foresee any problems.

“I crashed hard at Zandvoort in 2012 when I broke my back and came back the next day to win the race, so I’m hoping that’s a good omen!”

A driver who will definitely return after missing Spa is Irina Sidorkova, who was ruled out of the weekend by a positive COVID-19 result but has now registered a negative and is approved to compete.