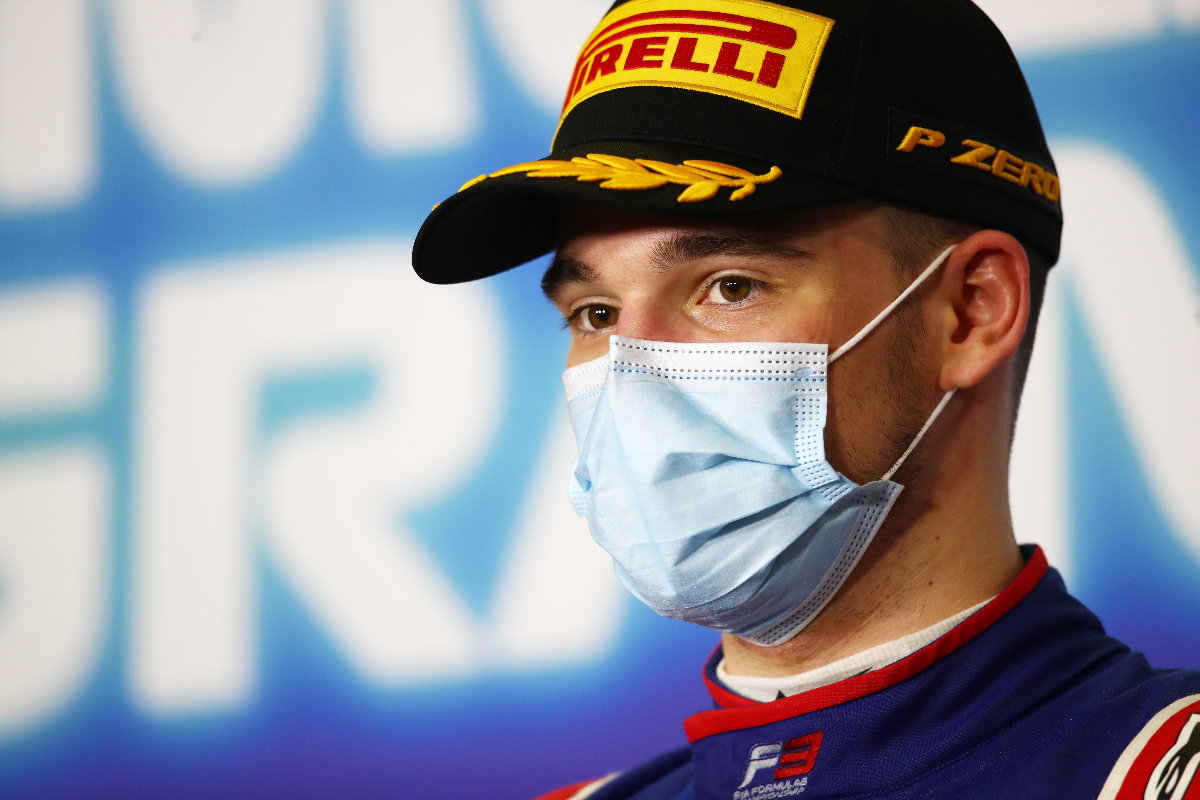 ART Grand Prix’s Alexander Smolyar believes the move he made on Carlin’s Jonny Edgar was crucial to taking his first FIA Formula 3 Championship win at Barcelona.

Smolyar took his maiden victory ahead of Trident’s Clement Novalak in the 21-lap reversed grid season opener on Saturday.

He was comfortably leading after making a decisive move on Red Bull junior Edgar on lap four, but the British driver tried to come back at him a lap later. As Edgar lost pace, Smolyar’s lead then got eaten into by Novalak, who had climbed up the order.

“I think we set up the car to drive in the dirty air, so it was much easier to drive behind Edgar,” said SMP Racing junior Smolyar in the post-race press conference.

“I knew that he might get some pace coming more to the end of the race, especially here where it’s really hard to overtake.

“So I knew that if I come close to him, I need to overtake now. And even if it will be maybe too far from him, I need to make some kind of move. So when I arrived to him closely before the braking, I knew that I had just to send it because I might not have another chance to overtake. It worked, and I’m quite happy.”

The race concluded behind the safety car due to HWA Racelab’s Oliver Rasmussen being stuck in the gravel at the final corner after running over the sausage kerb on the outside of the exit of turn 15.

This allowed sophomore driver Smolyar to secure victory ahead of Novalak and MP Motorsport’s debutant Caio Collet, and meant tyre management was also less of a factor late on.

“It was the first few laps, so for sure everyone was pushing as much as they can, and I’m sure he [Edgar] was pushing because he was trying to get from the DRS zone,” Smolyar said of his approach to tyre usage early in the race.

“I was pushing, and as soon as I worked to him and managed to pull away from the DRS, I started to save a bit the tyres because I saw that Edgar is a bit struggling with the pace.”

Smolyar also highlighted that the conditions had changed since April’s pre-season test at circuit, and the race marked the competitive debut of single-seaters on the reprofiled turn 10.

“The car was a little bit tricky. We have references from the test a few weeks ago here, and the weather and the track conditions were a bit different, so now on the track how it is right now, it’s a bit hard to get the perfect set-up. So it was a bit tricky to drive in the clean air but I’m happy that I managed it.”