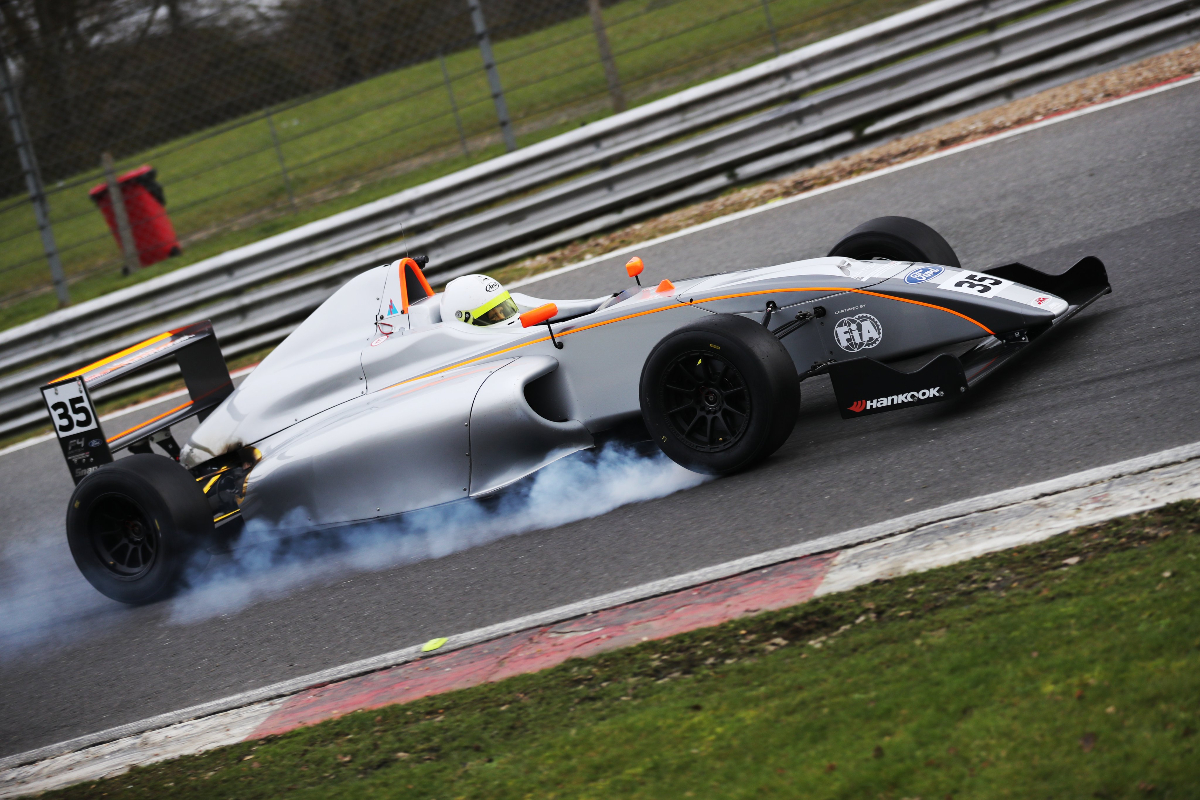 The JHR quartet dominated qualifying, with nobody else able to break into the top four for much of the session.

Carlin’s Dougie Bolger was briefly able to put himself fourth, but dropped back to fifth as Abbi Pulling found improvements.

Rees set the pace early in the session, but improving track conditions meant times dropped with every lap and the JHR drivers worked together to tow one another around the high-speed circuit.

Pulling jumped to the top of the order with her final lap of the session, setting a 1m22.237s lap, only for Rees to improve to a 1m22.131s lap moments later to reclaim pole.

The chequered flag fell before anyone could improve on Rees’ time. His second-fastest time earned him pole for the final race of the weekend too, meaning he starts from the front for his first and third ever races in single-seaters.

Pulling was second fastest, ahead of McKenzy Cresswell and Joseph Loake, who starts second on the grid for race three on the basis of a faster second-best lap.

Bolger was best of the rest in fifth, ahead of Fortec Motorsports’ Oliver Gray and Carlin’s Kai Askey.

With the grid for race two decided on the reverse of today’s qualifying order, Arden’s Thomas Ikin will start the race on pole. Ikin was 2.796s off the pace and will start alongside Argenti’s Eduardo Coseteng.