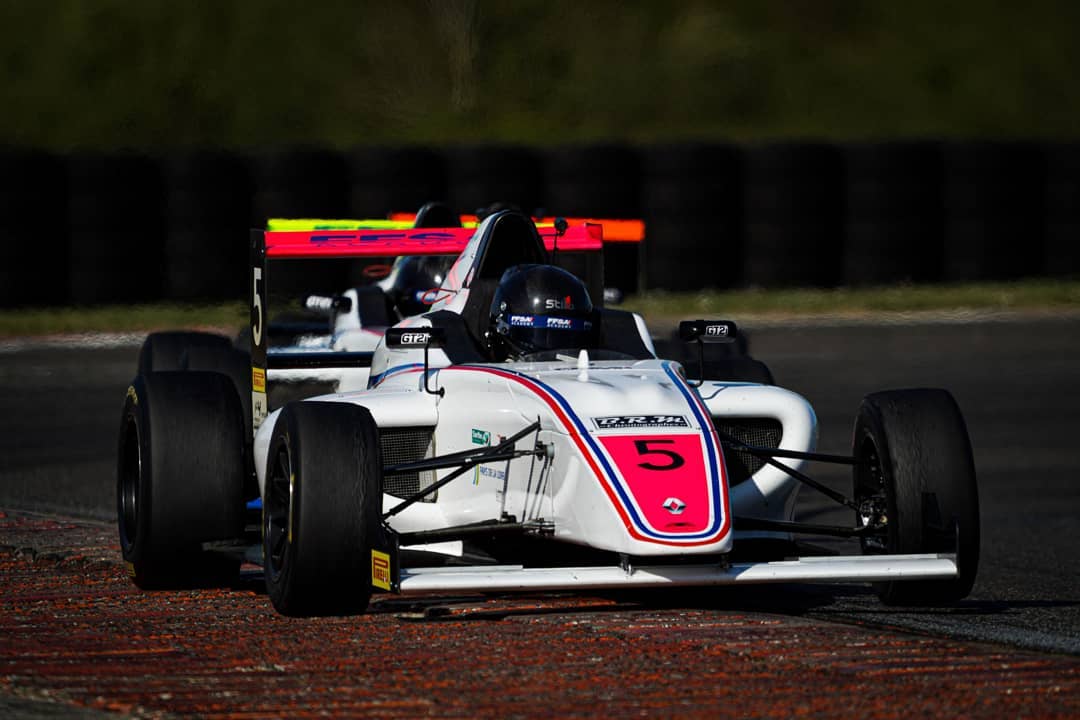 Maceo Capietto became the fourth different winner of the French Formula 4 season after an issue denied Esteban Masson in the closing stages of the first race at Magny-Cours.

Masson had looked on course for his second win of the campaign after leading away from pole and pulling out almost a six-second gap, but slowed in the final couple of minutes.

Capietto capatalised to take victory ahead of Hugh Barter and Daniel Ligier, the trio having been embroiled in a three-way battle for second for most of the race.

Barter lost second to Capietto in the early stages and, despite a late challenge at Melbourne hairpin, was unable to retake Capietto for the win.

Masson held on to take fourth, eight seconds behind,  with Dario Cabanelas taking the French F4 Junior win in fifth ahead of Alessandro Giusti.

Owen Tangavelou and Aiden Neate retired after a collision while contesting eighth. Neate had been attempting to recover after running wide on the opening lap and losing fourth place, and he now slips from first to third in the Junior points.