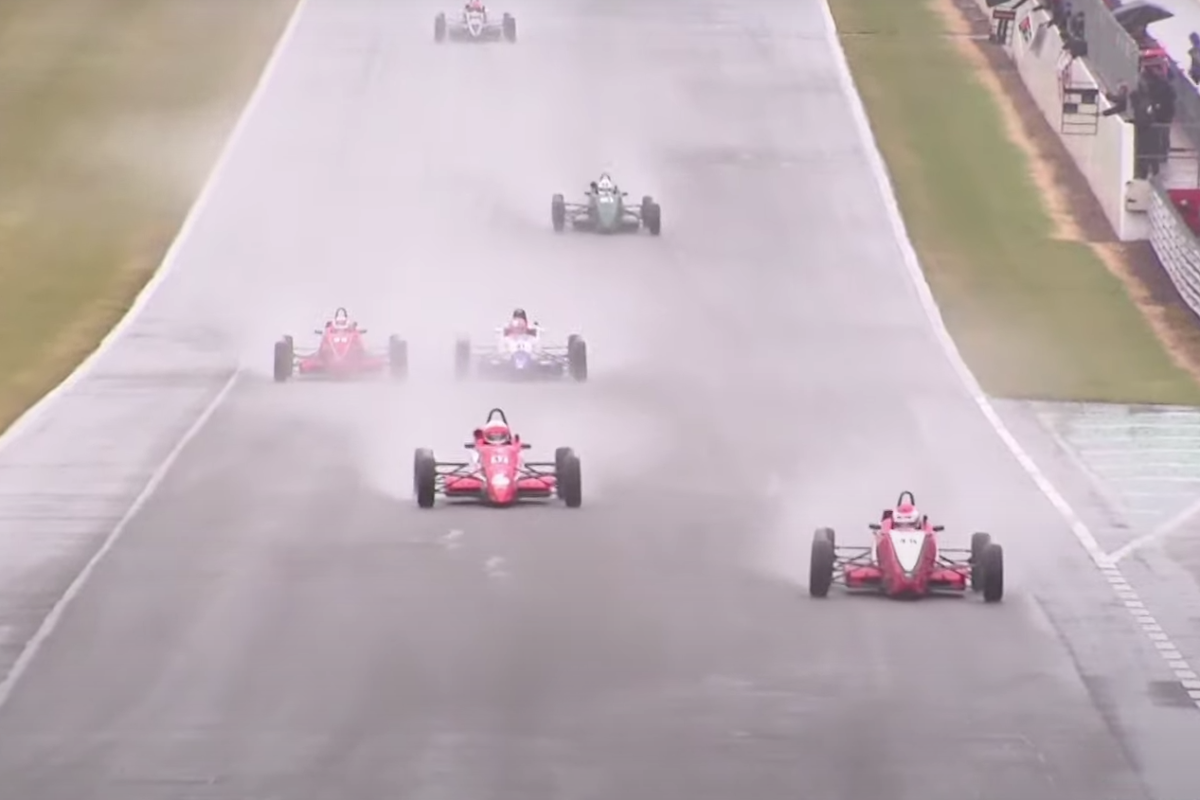 Team Dolan’s Middlehurst pipped Low-Dempsey Racing’s Esterson to pole in the dying seconds of a wet qualifying session,  and led away at the start of the race in similar conditions.

Esterson took the lead on lap three after driving around the outside of Middlehurst into Redgate. FFord Festival winner Smith soon made it a three-way fight at the front, and almost pulled off an audacious double-overtake for the lead into the chicane at the halfway stage, before slipping back to third.

Middlehurst pounced to move alongside Esterson, choosing the inside line for Redgate. As they entered the corner, B-M Racing’ Smith went down the inside of both for the lead and Middlehurst ended up spinning in the middle.

Smith resisted late pressure from Esterson to take victory by just under one second, with Kevin Mills Racing’s Alex Walker – Champion of Donington winner last weekend – climbing from seventh on the grid to finish third behind the pair.

B-M’s Jamie Sharp finished fourth, with Don Hardman Racing’s returnee Joey Foster taking fifth, having been passed by both Walker and Sharp during the race.

Oldfield Motorsport’s Carter Williams – a late addition to the event – was sixth on his National FF1600 return ahead of Souley Motorsport’s Jack Wolfenden.

Karting graduate Lukas Romanek was eighth for KMR ahead Luke Cooper – who is focusing on trying to win a third Combe FF1600 title this year – while Middlehurst was tenth after his spin. Former W Series racer Megan Gilkes came 11th in the third of KMR’s cars, while Dolan’s Will Everington appeared to not start the race.