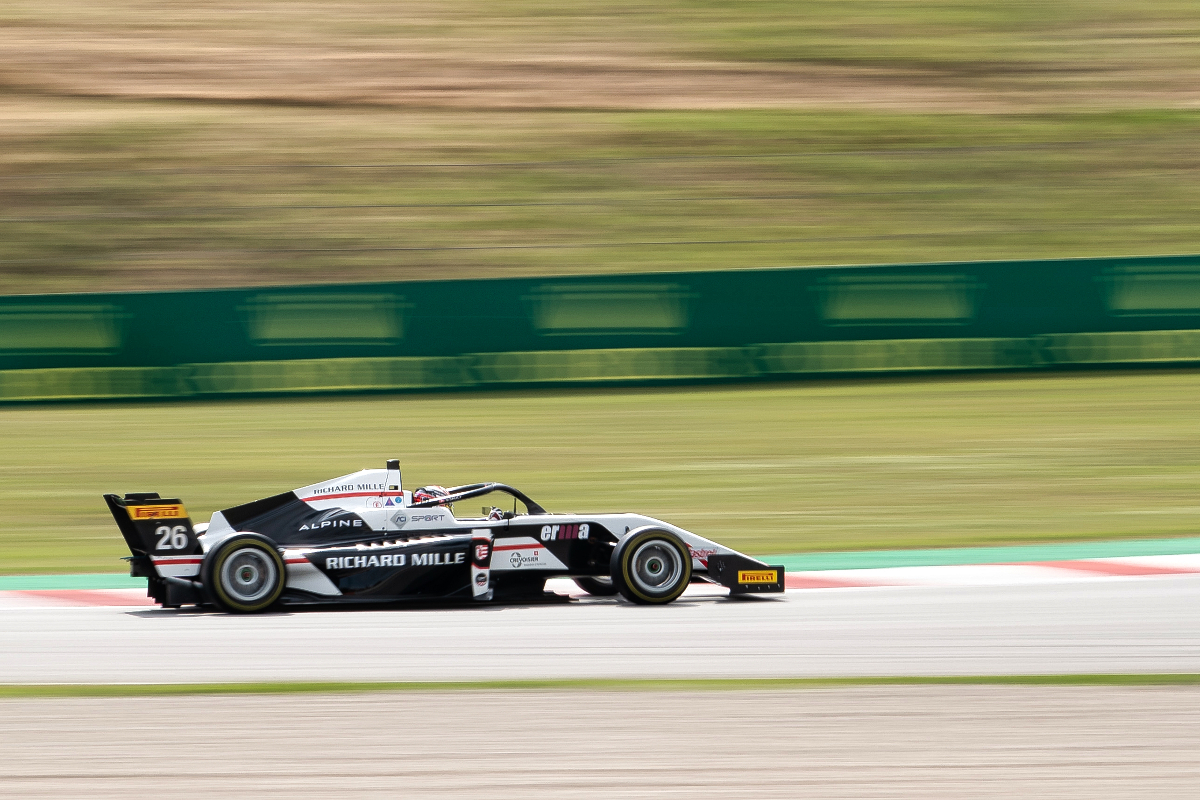 The opening race of the weekend ended behind the safety car after an incident between MP Motorsport’s Franco Colapinto and Prema’s Dino Beganovic left Colapinto stranded at the side of the track.

It was a relatively simple race for Saucy. His ART Grand Prix team-mate Gabriele Mini couldn’t stick with him on the start and he was beginning to pull away from the rest of the field when an incident for Nicola Marinangeli sent the Arden driver into the gravel at high speed.

A lengthy safety car period followed as marshals had to repair the barriers and clear the crashed cars of Marinangeli and Prema’s David Vidales.

Mini was unable to challenge Saucy on the restart and Saucy was then in a race of his own until the race-finishing safety car was brought out again.

Colapinto had spent much of the race battling in the midfield, with Beganovic and Zane Maloney his main rivals. The three were running side-by-side late in the race when Colapinto and Beganovic made contact. Both drivers dropped down the order, and Colapinto stopped at the side of the track.

Prema’s Paul Aron passed Van Amersfoort Racing’s Mari Boya on the opening lap for third, and, after briefly coming under investigation for being out of position at the safety car line, finished in that position.

Mechanical issues in qualifying meant Hadrien David started 34th but the R-ace GP driver climbed to 12th and looked set to challenge for a point when the final safety car was brought out.