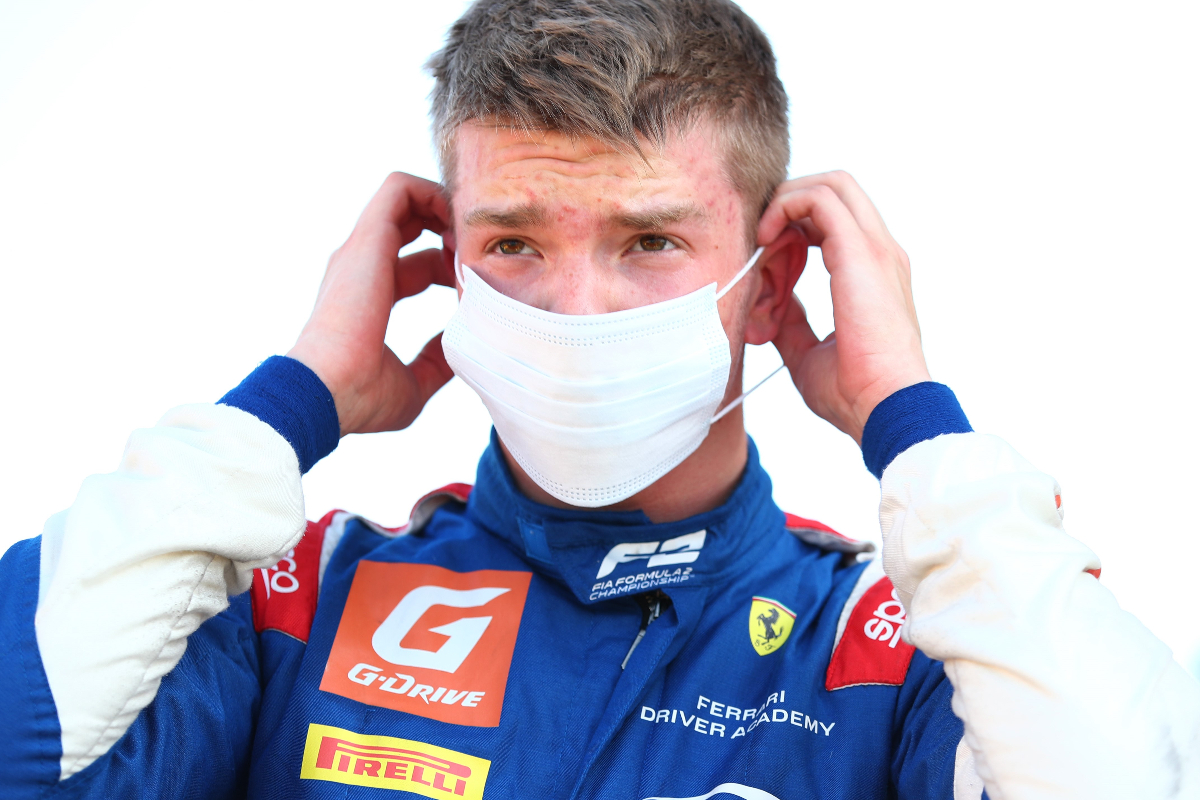 Ferrari junior Robert Shwartzman feels that he does not have the results required to generate interest from Formula 1 teams.

The Prema driver’s impressive rookie Formula 2 season in 2020 earned him several F1 tests with Ferrari in older cars, and he was set for a free practice appearance too. That didn’t take place, but he did drive for Ferrari in the official Young Driver Test.

Fellow Ferrari juniors and title rivals Mick Schumacher and Callum Ilott earned F1 race and reserve driver seats respectively, but Shwartzman was quickly signed on to a second F2 season and is now the most successful driver on the grid with six wins.

When asked by Formula Scout if he was surprsied not to be mentioned in the 2022 F1 silly season, he said: “Surprised or not surprised, it doesn’t really matter in my opinion. Because I think at this stage I still don’t have enough results, or some sort of clear saying where I can say ‘look guys, I’m winning, I have a huge gap, and why are you not talking about me?’

“I think I still need to learn and improve myself in F2. I have this second half [of the season] to do that.

“At this stage where I’m going to improve myself, then I will think a bit more about F1.

Oscar Piastri, who succeeded Shwartzman as FIA Formula 3 champion, leads the F2 title race by 15 points over Virtuosi’s Guanyu Zhou and has a 36-point margin over his Prema team-mate. Shwartzman believes they could be far closer.

“Oscar is really quick, a really competitive team-mate,” he said. “He’s doing a really good job. Unfortunately, I do more mistakes than him, especially in qualifying, which is compromising my race performance.

“I think race performance-wise I’m more stronger than him. But he’s very close, he’s a very, very, very quick guy and it’s very good to have such a strong team-mate because first you can learn and you can see what he is doing, even though you can say I have more experience, but still, some of the things he’s doing are just better. So there is always something to learn from Oscar.

“And obviously it’s just the second half of the season, nothing is lost yet, and I’m going to do everything I can to beat him in the championship.”