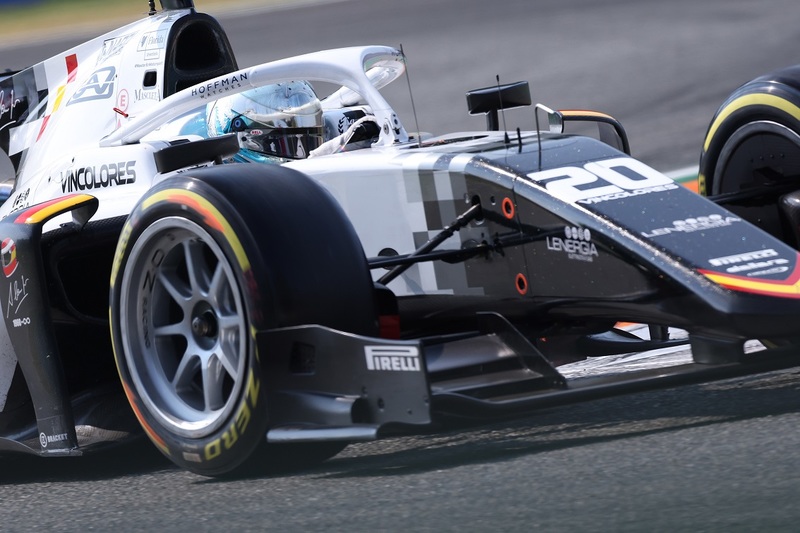 David Beckmann will continue with Campos Racing for this weekend’s Formula 2 round in Sochi, having joined the team two weeks ago at Monza.

The German started this season with Charouz Racing System, but his financial position led to him dropping out of his seat prior to the Monza round. In his half-season with the team he picked up two podiums, including a third place on his debut.

A week after departing Charouz he was then picked up by Campos, who needed a driver to replace the absent Matteo Nannini for Monza. He finished 10th and fifth in the first two races of the weekend, and sits 13th in the standings.

“We are happy to announce that David Beckmann will race again this weekend with us,” Campos announced ahead of Sochi.

Beckmann’s place at Charouz was taken by Enzo Fittipaldi, who took a best finish of 11th from his debut weekend in F2. He will continue to drive for the team alongside Guilherme Samaia.

HWA Racelab is yet to announce who will partner Alessio Deledda in its line-up this weekend, with Jake Hughes standing in for the injured Jack Aitken at Monza. Hughes had previously driven for the team in F2 a substitute driver in 2020, when he made his series debut in Sochi, and he is favourite to fill the seat for this weekend.

In the supporting FIA Formula 3 Championship, Charouz has changed its line-up for the season finale by bringing in Ayrton Simmons to replace Hunter Yeany who has clashing Formula Regional Americas commitments. He will be team-mate to Zdenek Chovanec, who had initially been entered for Euroformula at Monza at the same time.