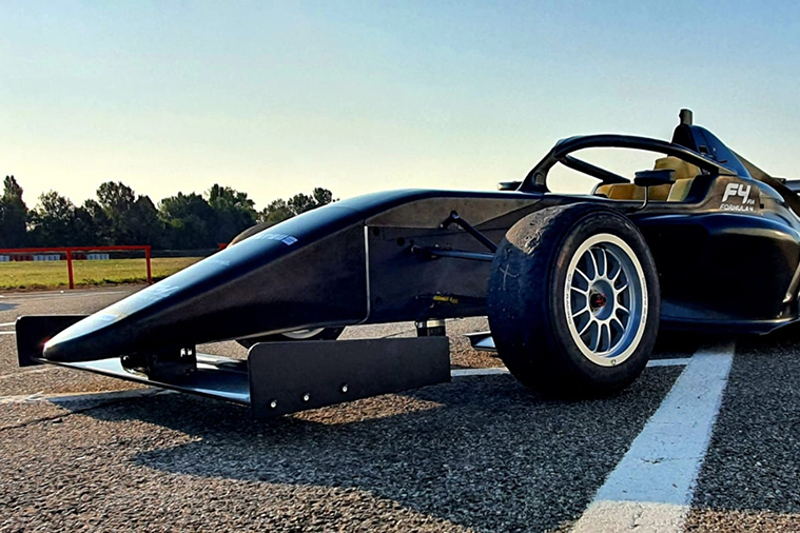 Hitech GP will join British Formula 4 in 2022 as the championship introduces a new halo-shod car.

The team – a Formula Regional title-winner in Asia and also a frontrunner in Formula 2, Formula 3 and GB3 – is the second to publicly commit to the series’ new era under Motorsport UK’s control and marks the racing team’s second venture into F4.

It gained experience of halo-shod F4 by operating the cars of the centrally-run Motorsport Games F4 Cup, and sister company Hitech Technologies partnered with Dragon Racing and Motorscape to compete in F4 United Arab Emirates this year.

“This is a natural step for us to be able to offer drivers to remain with Hitech from their first steps in auto racing from karting, all the way through the ranks with us through F2, F3 and into Formula 1,” said Hitech’s founder Oliver Oakes.

“Over the years, we have had a few tie ups with different F4 outfits, but it made sense with the F4 Gen2 rules coming next season to finally build up the programme ourselves internally.”

The British F4 operation will run out of Hitech’s factory opposite Silverstone, and there will be a working partnership with Italian F4 team Cram Motorsport that includes a F4 UAE programme this coming winter.

As it is the first series where the incoming Tatuus T-421 chassis will be used, teams from other series adopting it intend to enter to learn the car and to also train drivers who will be racing with them in F4 through the rest of 2022.

“With the Gen2 Formula 4 car breaking on the scene, I felt the partnership was a natural fit for us, not only because I have known and worked closely with the [Cram-founding] Rosei family for many years, but it also allows both of our organisations to combine resources across the board for the UAE F4 Championship,” Oakes said of the tie-up.

“This means we can share staff and our pool of cars in the off season, whilst being able to give young drivers further racing and testing mileage. We will also be able to continue making preparations for both our respective main championships.

“Being where we are based in the UK means it would logistically be impossible to enter of the F4 championships outside the UK so it’s great to link up with Cram and be able to offer something for our drivers that want to go and race overseas in F4.”

Prior to the 2022 F4 UAE season, the Tatuus T-421 will be debuted in support races at this December’s Abu Dhabi Grand Prix.