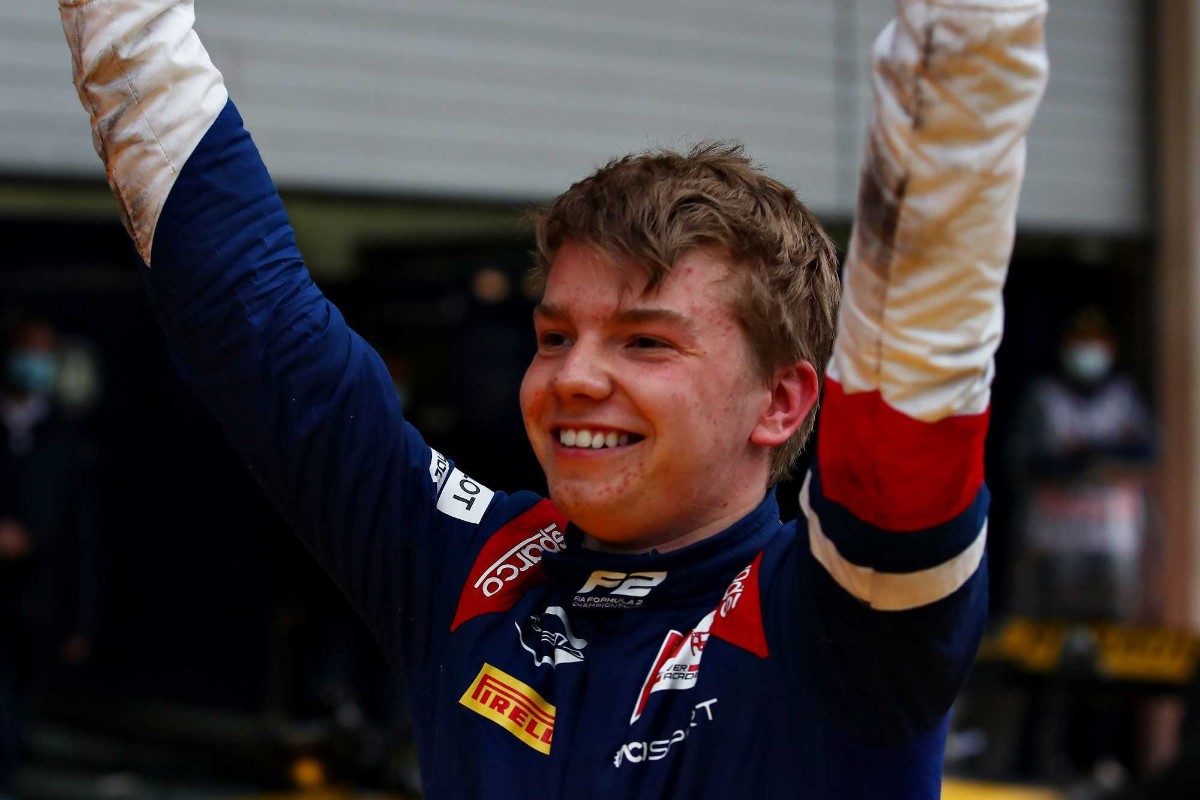 Prema’s Robert Shwartzman held off a charging Yuki Tsunoda to take an emotional maiden Formula 2 victory in a delayed feature race at the Styrian Grand Prix.

Poleman Tsunoda led for 26 of the 36 laps, but a late and slow pit stop after a problem with his radio meant Virtuosi’s Guanyu Zhou and Shwartzman were able to get past.

Shwartzman extended his lead to move than three seconds as Carlin driver Tsunoda battled with Zhou for second, but the Red Bull junior was able to rapidly close the gap after passing Zhou.

Tsunoda got within half a second in the closing laps but fellow F2 rookie Shwartzman was error-free and claimed victory.

Ferrari junior Shwarzman dedicated the result to father Mikhail, who died in April after contracting coronavirus.

Zhou faded rapidly and came under pressure from Prema’s Mick Schumacher on the final lap but held on to take third.

The race began behind the safety car due to the wet conditions. Delays in Formula 1 qualifying meant F2 was already running behind schedule and the race was further delayed as the field ran several formation laps before returning to the pits.

Before even reaching the grid for the first time, HWA Racelab’s Artem Markelov found himself in the gravel after losing control of his car and therefore didn’t start.

However, Markelov would be the only casualty. Once racing began in earnest there were a number of off-road moments, including a trip through the gravel for ART Grand Prix’s Christian Lundgaard, but everyone was able to make it to the finish

Lundgaard was one of the big movers throughout the race, climbing his way up from eighth on the grid. His main opposition came from Campos’s Jack Aitken, who he struggled to pass in the first half of the race and was then made to battle again after a slow pit stop.

The Renault junior did find a way past, and was closing the gap to Virtuosi’s Callum Ilott for fifth in the final laps. He had to settle for sixth ahead of team-mate Marcus Armstrong and DAMS’ Dan Ticktum, who picked up sprint race pole.