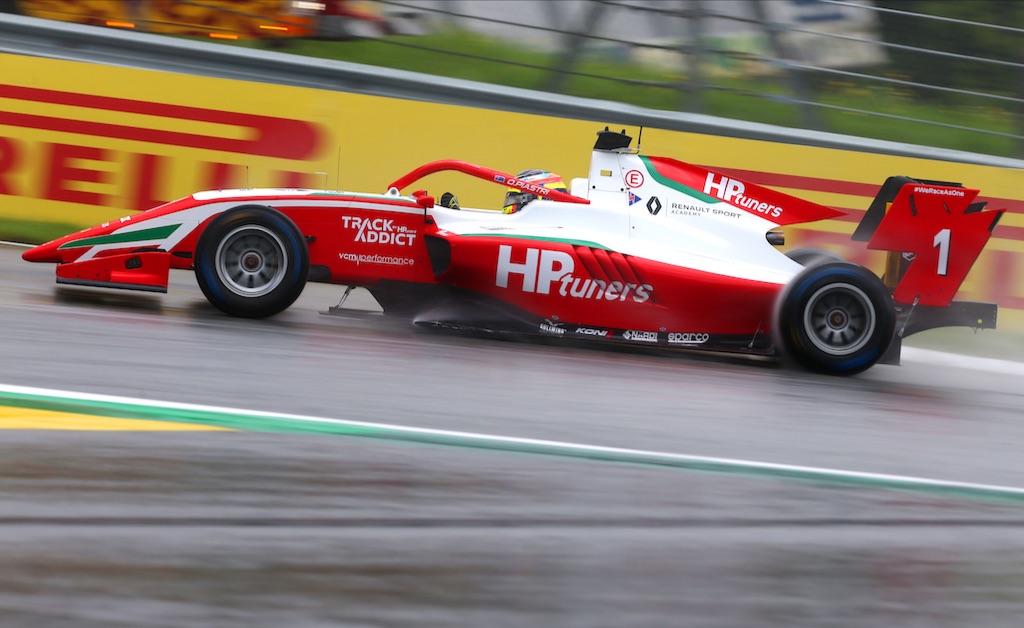 Prema drivers Oscar Piastri and Logan Sargeant have benefitted after the result of the rain-shorted FIA Formula 3 race at the Styrian Grand Prix weekend was amended.

The red flag that brought a premature end to the first race of the weekend at the Red Bull Ring and resulted with drivers taking half points was originally believed to have been brought out on lap 14.

The incident that halted the race, in which Campos’s Sebastian Fernandez aquaplaned off the circuit, occurred a lap prior, on lap 13, and the red flag was actually brought out just before the end of the lap.

The regulations state that the results should be taken from the end of the penultimate lap before the lap in which the red flag signal is displayed, which in this case was lap 11 rather than lap 12 as originally declared.

The amended result does not affect the top three finishers, with the third Prema driver Frederik Vesti the winner ahead of Trident duo Lirim Zendeli and David Beckmann.

As a result, Renault junior Piastri moves up to fourth at the expense of the third Trident driver Olli Caldwell, while Sargeant moves up to sixth ahead of MP Motorsport’s Richard Vershoor – who had just passed the American.

“We expected rain and it definitely came. It was not really much of a race, to be honest, we were just trying to stay on the track,” Piastri said.

“The last three laps I was struggling to stay on a straight line. P4 was not too bad and we didn’t lose much ground in terms of the standings with today being half points. I think we can leave the track in sort of a good mood and look forward to tomorrow’s race two.”

Sargeant started third but dropped through the order after a slow start, having reported a suspected clutch issue on the formation lap.

“It wasn’t a great race for us. I had a faulty start, nothing I could really do about that, and we will look into that later,” he said.

“In the end, I was just trying to keep it on the track, struggling with the balance as I didn’t have much confidence at all in the car. Then, the conditions just got too bad, and I couldn’t see anything, I was struggling even driving in a straight line. We should still be starting okay for tomorrow, and we can try to bounce back.”

As a result, Sargeant should start fifth in tomorrow’s race, with Piastri seventh and Vesti 10th.

The weather continues to batter the Red Bull Ring, with Saturday’s running set to be heavily disrupted and potentially causing cancellations of Sunday running as a result to prioritise Formula 1.