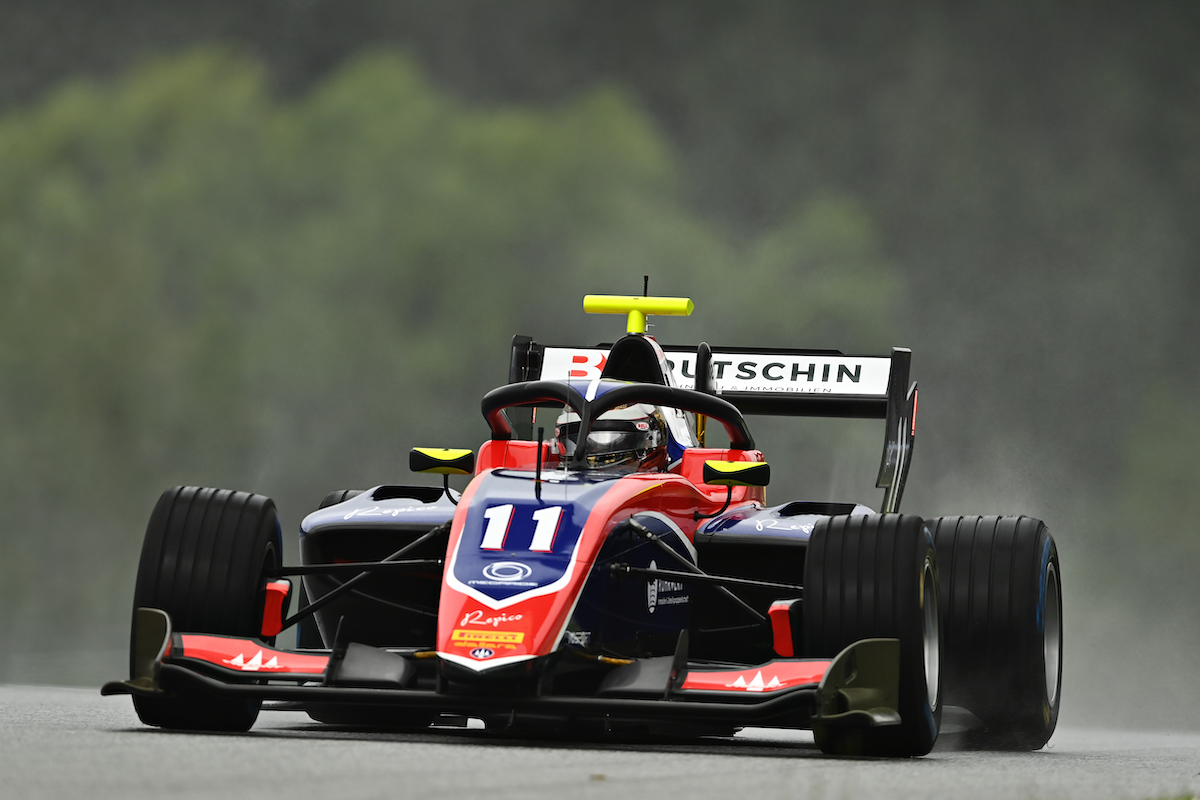 Race winner Frederik Vesti and Trident duo Lirim Zendeli and David Beckmann all praised the decision to abandon Saturday’s FIA Formula 3 race at the Red Bull Ring due to rain.

An extreme weather front was expected at the Austrian circuit on Saturday, and duly arrived shortly before the F3 race got underway. It is expected to disrupt the Styrian Grand Prix weekend heavily throughout Saturday, threatening the Formula 2 feature race as well as Formula 1 qualifying.

Some drivers toyed with the idea of starting on slicks before conditions worsened ahead of the start. As the race progressed, the rain came down heavier before being abandoned after 15 laps following an incident involving last weekend’s pole-sitter Sebastian Fernandez.

Half points were awarded, but that did not dampen the spirits of the top three – all of whom secured their first FIA F3 podiums.

Prema driver Vesti – who claimed his maiden victory – said after the race: “When the second safety car came out we were aquaplaning behind the safety car going slow.

“The first laps were still quite okay, there was not much rain, but then suddenly the sky just opened and the rain just came really a lot and unexpected.

“It was definitely the right call, and when we were in the pitlane it was picking up more and more rain so in the end it was the safest way to win the race.

“Obviously I wanted to do the whole race, I was confident and I felt good in the car but safest is the priority and I’m glad we stopped because it was tough.”

Zendeli, who vaulted from sixth to second at the start, agreed: “For sure it wasn’t easy to keep P2 because we had to switch from dry yesterday to rain now and for sure as racecar drivers we would like to race, to continue the race but I think it was the safe way and it was the right decision.

“The closer I was [to Vesti], the more difficult it was. The spray was huge, I couldn’t see anything. At the safety car restart especially, I was really close and I had to guess where was the braking point – I was on the left side, okay, there’s the board, but yes there was also some fun.”

Beckmann – who was successful in GP3 but had yet to translate it to FIA F3 – added: “In the end, we couldn’t drive anymore. The first five laps I think were really nice because there was a bit of aquaplaning on some corners but still really nice to drive and you could really battle each other.

“But then, in the end, it was worse and worse and even now it’s still raining so I don’t think it would make any sense to continue. Obviously it would be nice but you can’t change the weather.

“I think obviously when you are like that in the top three you are really cautious anyway to not throw away in these conditions. I think everyone was really cautious in the spray and it was quite hard. After the safety car, when the field was so close it was even worse, so yes it was still a good race even if it was a bit sad [to end early].”