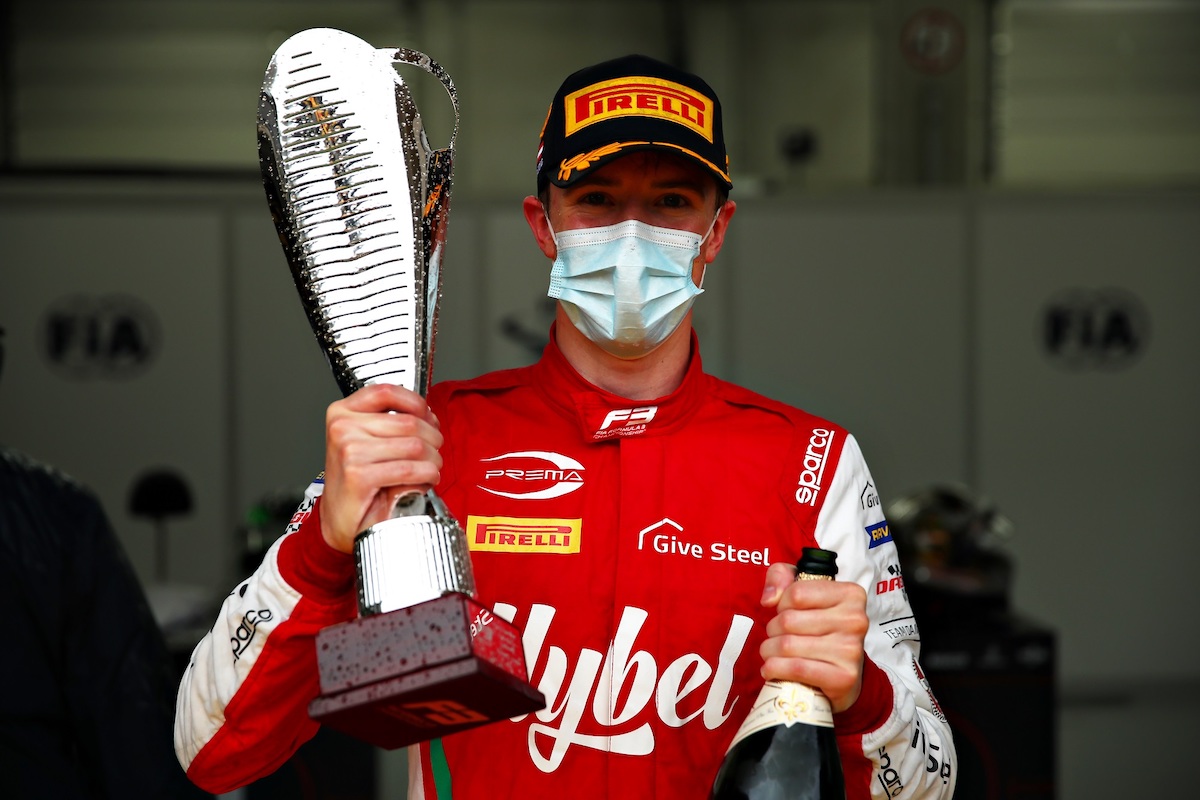 Frederik Vesti converted pole to victory in a rain-shortened third race of the FIA Formula 3 Championship at the Red Bull Ring.

Multiple drivers had fallen foul of the heavy rain and poor visibility when the red flag was brought out on lap 15 of 24.

The final incident came when Sebastian Fernandez spun round while running in the middle of the pack and a number of drivers made contact as they were unable to avoid the stopped car.

The race was counted back to lap 12, but it made no difference to the front of the field.

Prema’s Frederik Vesti led every lap and spent most of the race with a small gap back to Lirim Zendeli, who snatched second off the line.

Though Zendelli and team-mate David Beckmann closed the gap to the race lead when the safety car was brought out after a puncture-induced spin from Clement Novalak, neither Trident driver could stick with Vesti on the restart.

Vesti had a comfortable gap back to Zendeli when the race was red-flagged and he was awarded his first FIA Formula 3 victory.

A wide moment for Oscar Piatri shortly before the red flag allowed Olli Caldwell to snatch fourth in the third Trident entry, but Piastri was able to close the door before the battling Richard Verschoor and Logan Sargeant could find a way past.

Sargeant, who had been passed by Verschoor in the battle for sixth, dropped down the order on lap 15, but was reinstated at seventh when the results were counted back.