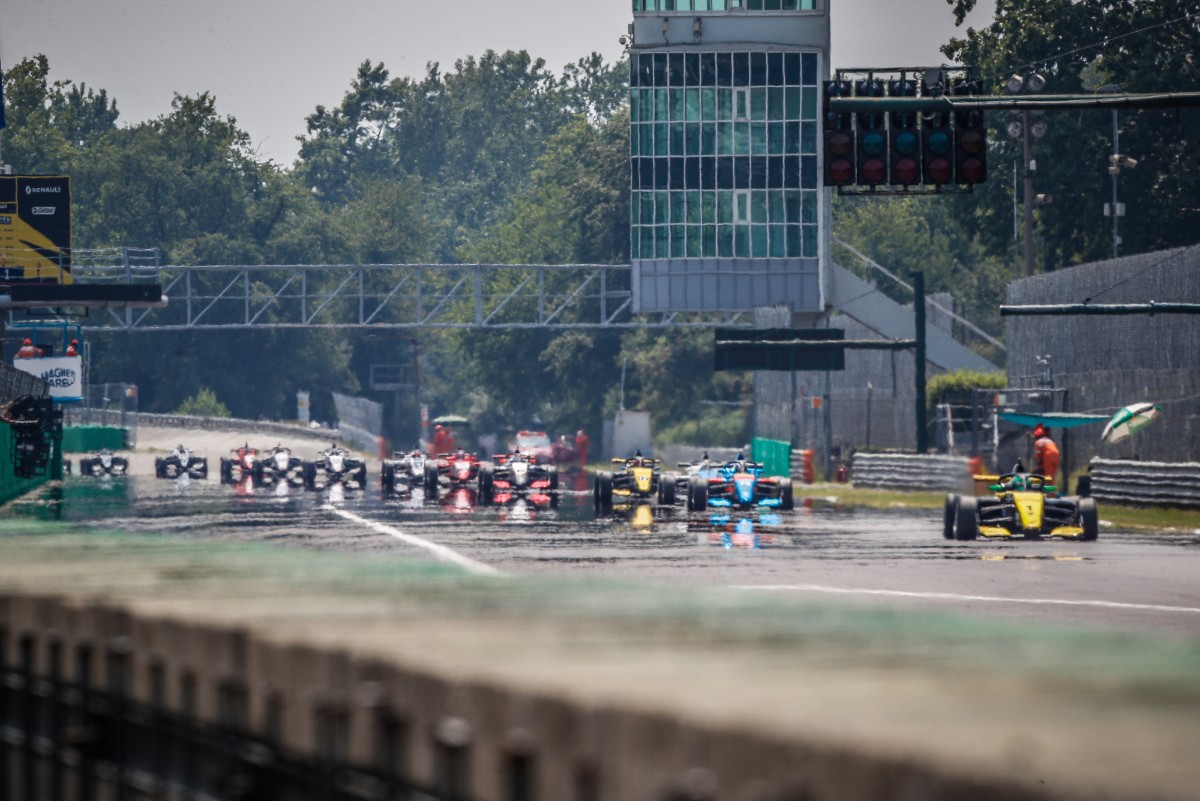 Renault junior Caio Collet took his first Formula Renault Eurocup win in the second race of the season at Monza.

The Brazilian was beaten to pole by ART Grand Prix’s Victor Martins, the 2019 title runner-up, and trailed the Frenchman through the first few corners of the race.

The race was under the safety car by the time they arrived at the Ascari chicane, due to a huge crash that put Arden’s Alex Quinn and Ugo de Wilde out on the spot, along with FA Racing by Manor’s Amaury Cordeel, on the preceding straight.

Cordeel’s team-mate Tijmen van der Helm, who had to pit for a new nose after running with his front wing under his car for two laps, was one of several other drivers that were involved.

Martins had to immediately defend on the restart, and it took two laps before Collet was able to pass him around the outside of the Rettifilo chicane. That move also enabled Franco Colapinto to get alongside Martins on exit, and pass him too.

The speed Colapinto carried meant he went off track on the exit of Curva Grande just a few seconds later, but he kept control of his car and even attempted a move on Collet at the second chicane.

While R-ace GP’s Collet didn’t stretch out much of a lead, he was unchallenged thereon as Colapinto and Martins fought over the runner-up spot. Martins claimed the position with a pass at the second chicane, and despite a wide moment at Ascari on the penultimate lap he was able to hold on for his first podium of 2020.

Third place for Colapinto means he shares the points lead with Collet after two races.

R-ace’s Petr Ptacek and ART’s Gregoire Saucy were behind the top three early on, but both faded in the last few laps of the race as M2 Competition’s Mikhael Belov and JD Motorsport’s William Alatalo rose to fourth and fifth respectively.

With the safety car out while he pitted, van der Helm was able to close in on the pack and take ninth after Ptacek was penalised 25 seconds post-race for the lap one crash.