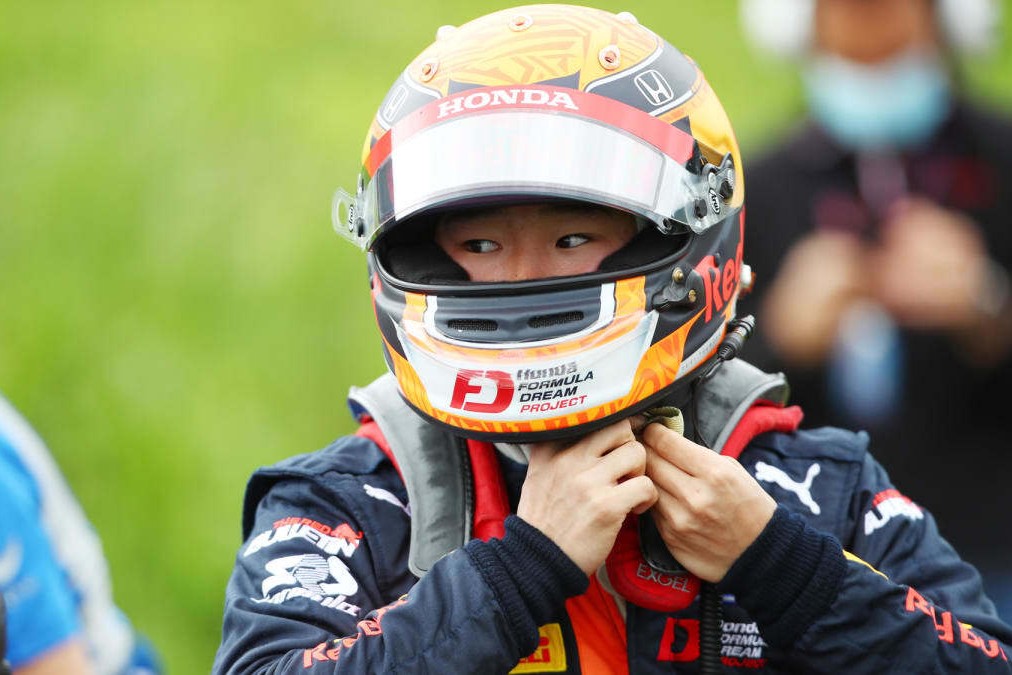 Red Bull junior Yuki Tsunoda is confident but cautious heading into Formula 2’s feature race at the Styrian Grand Prix, which he starts from pole on just his second attempt.

The Carlin endured a difficult opening weekend to his rookie F2 season – including contact with Carlin team-mate and Red Bull stablemate Jehan Daruvala – but was able to make up a number of places in the sprint race at the Red Bull Ring.

The pace, however, was evident as he was fastest in free practice. That was repeated in practice for the second round at the circuit, and this time he converted it into pole position in qualifying, which he attributed to his timing on track.

“Mainly the track position,” Tsunoda said when asked about the difference to last weekend’s qualifying, in which he was 12th fastest. “We were in the fast lane last week, and then there was a red flag.

“A car went off the track in front of me, so the red flag meant I couldn’t do a push lap in the second stint. That’s why I wasn’t able to do a really good job in qualifying last week. We took the experience from that, and this time we went top early, and that’s why I’m on pole position.

“From Bahrain, I had a really good feeling with the tyre, and also with the [Carlin] team. I was confident I had the pace, so I’m just doing my job and driving well.”

While Pirelli has brought a softer dry compound to the Styrian GP than it did to the preceding Austrian GP, there is a high chance that rain will hit the feature race and pose a new challenge on F2’s new 18-inch wheels.

“[The race] is definitely going to be tough, but we have good race experience from last year, because Carlin has shown me a lot of things,” added Tsunoda.

Tsunoda’s team-mate Daruvala, who was third fastest in practice, will start today’s race from seventh on the grid.