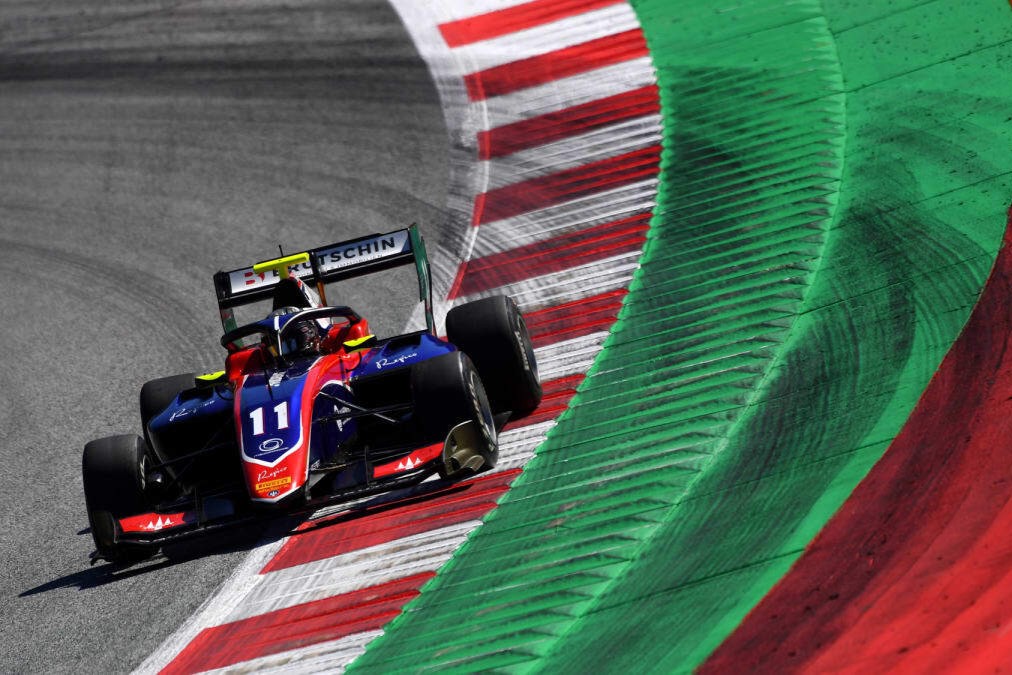 Trident’s David Beckmann has said he has rediscovered the confidence required to be at the front in FIA Formula 3 Championship.

The 20-year-old, a three-time GP3 race-winner, was a late entrant for FIA F3 this year after replacing high COVID-19 risk individual Devlin DeFrancesco just over a week before the first round of the season at the Red Bull Ring.

Beckmann had not attended pre-season testing in Bahrain, and while he did race in last year’s Macau Grand Prix with Trident he had cut his 2019 season in the series with ART Grand Prix short due to a family emergency.

He started the 2020 season by topping free practice, then qualifying and finished seventh in the first race. The German was fourth in race two, then was second fastest in both practice and qualifying at the same circuit this weekend.

“I think we did a good step from the free practice, we showed already that we have good pace and finalised that in the qualifying,” Beckmann said.

“It was a tricky [session] – many spins, red flags and also, I had a period where my engine didn’t start, like many cars said that, so I went a bit out of sequence but got back [in the mix] and delivered a good lap time.”

A considerable number of drivers on the 30-car grid reported issues starting their engine during qualifying, with Prema’s Logan Sargeant – who will start in third – one of the less lucky ones whose power unit eventually refused to start entirely.

When asked how he was able to convert his practice pace this time around, Beckmann responded: “I think it was because I did not expect to drive F3 this year – it was really fast how it all developed.

“The race pace was not bad last weekend, but in the quali, you always need this confidence and I think I’ve now got this back and can repeat it the next weekends if we’ve still got good luck.”

A change has been made to the grid for the first FIA F3 race of the Styrian Grand Prix weekend, with Charouz Racing System’s David Schumacher having his fastest lap reinstated after a track limits offence that deleted his lap was overturned. He will start from 17th place now instead of 22nd.