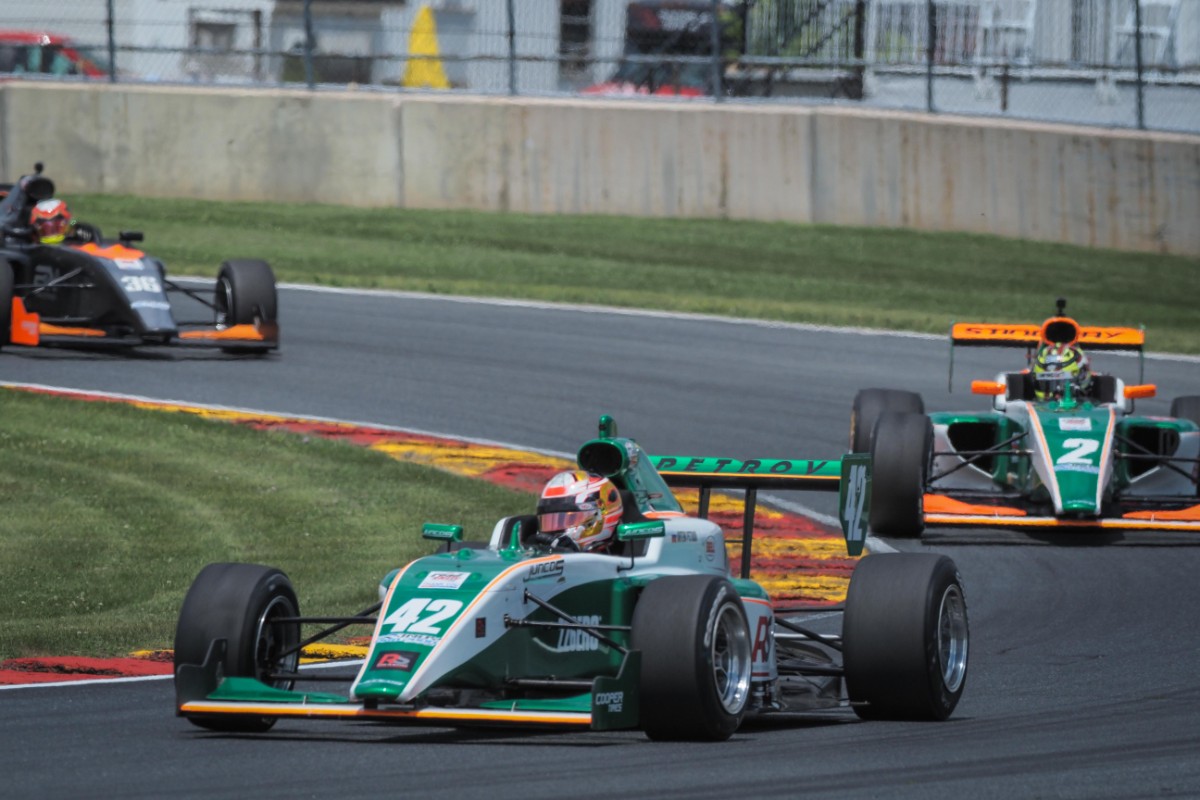 Artem Petrov led a Juncos Racing one-two in the second Indy Pro 2000 race of the season at Road America.

Mexican Manuel Sulaiman started from pole courtesy of setting the fastest lap in the season opening race, but didn’t get to lead the field away properly as the race was immediately put under a full course yellow when Pabst Racing’s Hunter McElrea and DEForce Racing’s Parker Thompson clashed.

It took until lap four of 15 for racing to get going, and race one winner Danial Frost immediately passed Sulaiman for the lead.

A lap later he was then passed by Petrov, who set fastest lap and immediately pulled away despite not initially knowing the limits of his car’s set-up.

Another full course yellow period occurred when Charles Finelli (FatBoy Racing) and Bob Kaminsky (Pabst) crashed, and Sulaiman then span around without assistance on the restart after being jumped by Juncos’s Sting Ray Robb and Andretti Steinbrenner Racing’s Devlin DeFrancesco.

Robb’s pace was strong enough that he was then able to close in on and pass Frost in the remaining laps to claim second place.

Exclusive Autosport’s Braden Eves had a charging race that earned him fastest lap on the way to sixth place.

Sabre Cook, who planned to race in W Series this year, finished 10th for the second time in a row.

Sulaiman salvaged 11th place, ahead of crashers Kaminsky and Finelli, and Cook’s Team Benik team-mate Jacob Loomis, whose race was scuppered by a pitstop.