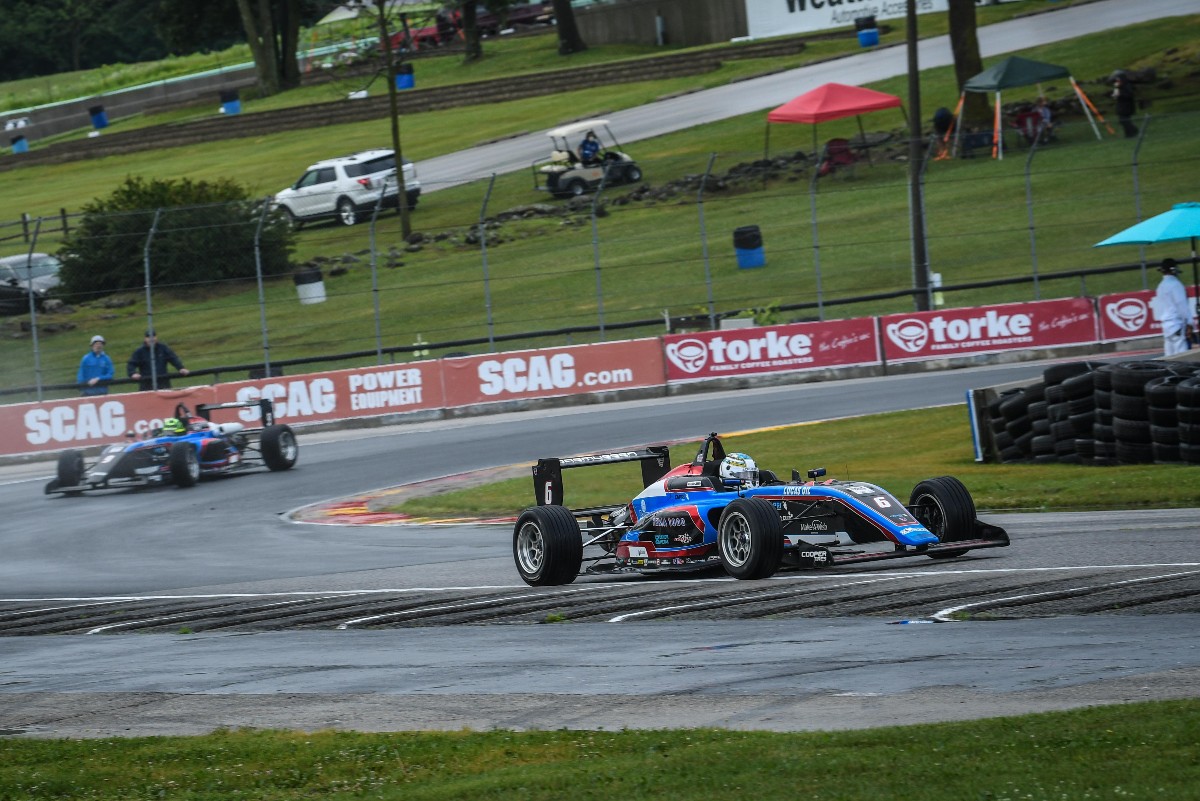 Jay Howard Driver Development’s Chistian Rasmussen made it two wins out of two at Road America to start of the USF2000 season.

The Dane started from pole and was only challenged once, when he took too much kerb at Turn 14 on lap three of 12 and was briefly passed by Cape Motorsports’ Josh Green.

He quickly moved back past Green and was only ever in touching distance of the pack behind again when Exclusive Autosport’s Josh Pierson crashed into the tyre barriers at Turn 1 with two laps to go and the race was forced to finish behind the pace car.

Two of Pabst Racing’s drivers also got involved in the battle for second place, with a one second gap often covering second place down to fifth.

Matt Round-Garrido ended up being the top Pabst driver in fourth, with Eduardo Barrichello having to come off second best this time around after beating Round-Garrido to the podium in race one.

Cameron Shields was sixth for Legacy Autosport, while Cape’s Reece Gold charged up from 19th on the grid to finish seventh.

Pierson’s team-mate Christian Brooks had his race end on the opening lap, which lead to a brief full course yellow.