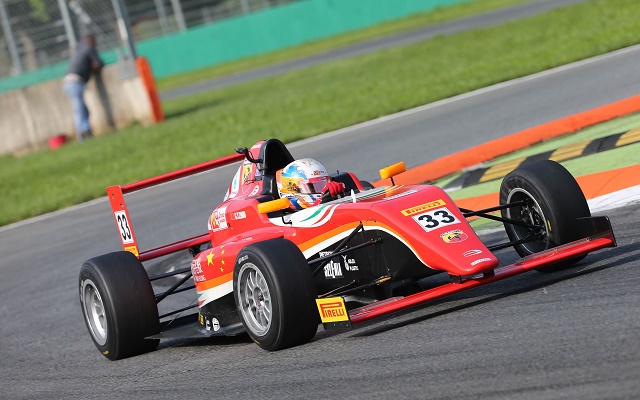 Shwartzman’s pole is his first in single-seater racing, while Zhou had previously topped the second qualifying at Vallelunga.

In both Monza sessions it was series newcomer Lando Norris who claimed second, securing two front row spots for his Mucke debut.

The Brit, in fact, came extremely close to stealing pole off Shwartzman in the first session, but ended up less than a hundredth short.

In session two, Norris was again close to stealing pole but ended up splitting Prema teammates Zhou and Aron.

Shwartzman and Siebert in fourth and fifth were within two tenths, ahead of Beckmann and Baiz.