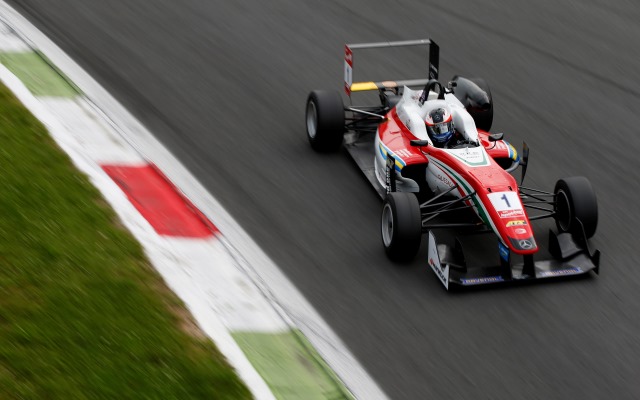 The F3 veteran has now been quickest in qualifying for every race at three of the four rounds held so far this season, while Prema Powerteam has a 100 per cent record.

Rosenqvist’s title rivals Charles Leclerc and Antonio Giovinazzi both enjoyed a much-improved session after finishing 10th and eighth in Q1, but couldn’t halt the Swede’s charge.

Rosenqvist edged Leclerc by 0.16 seconds to top the times, while Giovinazzi was almost three tenths off in third. The top three will take up the same positions for race three, based upon second-fastest times.

After being the closest man to team-mate Rosenqvist in Q1, double Pau winner Jake Dennis had to settle for two fourth places this time around.

Mucke Motorsport drivers Mikkel Jensen and Santino Ferrucci will share row three after continuing their fine form in Italy this week. While the Dane will be ahead for race two, the American will line up fifth in race three.

Markus Pommer completed the top 10 on the grid for race two and will line up alongside Maisano in eighth for race three, when the places on the fifth row will be taken by Gustavo Menezes and Maximilian Gunther.