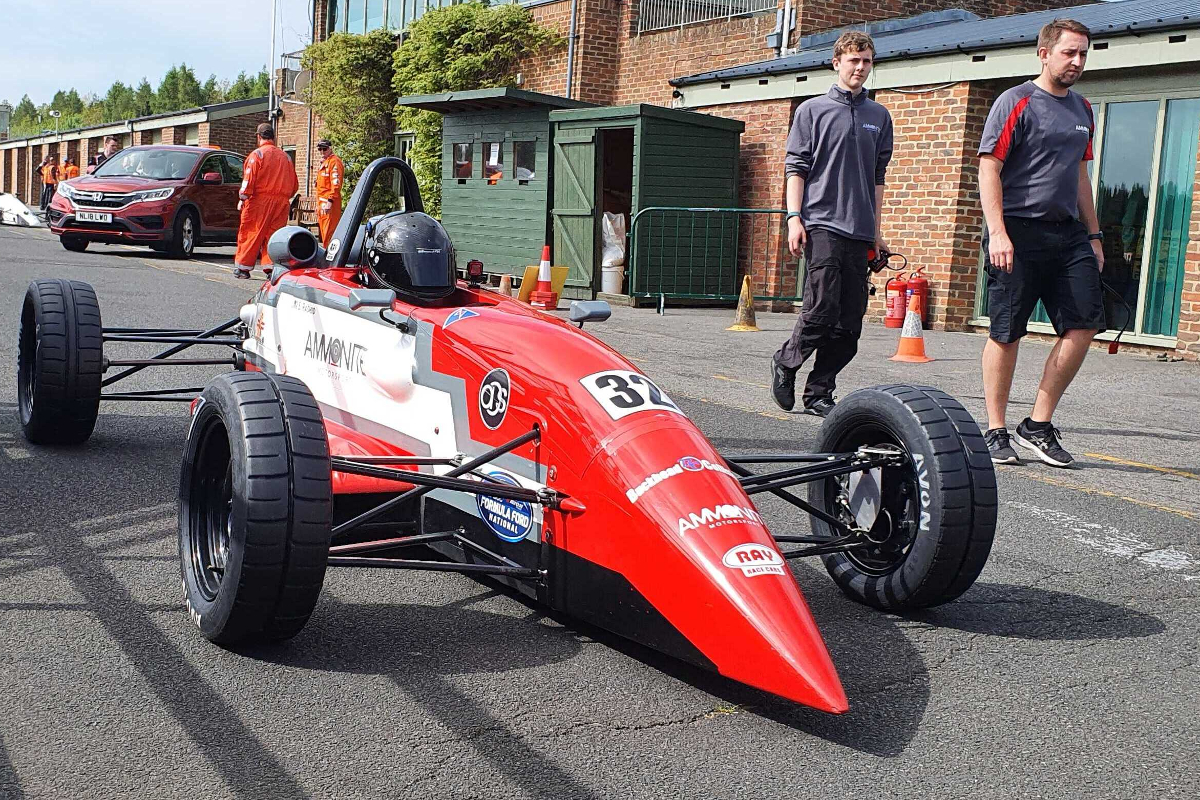 Rashid had to fend off B-M Racing’s Jamie Sharp through the opening two laps of the race, with Oldfield Motorsport’s Brandon McCaughan in third and Ammonite’s Colin Queen in fourth following a pass on B-M’s Rory Smith.

On lap three Sharp hit the rear of Rashid’s car and instantly lost touch with the leader, falling into the clutches of the battle for third.

Sharp was overtaken by McCaughan at Paddock Hill Bend, by Queen at Hailwoods Hill and then also by Smith and Ammonite’s Andre Lafond on the next lap, with championship leader Jordan Dempsey taking a cautious approach and not passing until the lap after.

As Rashid opened up a lead gap, Queen set about attacking McCaughan for second and Smith tried to get involved too. The result was contact up Hailwoods Hill and Queen was sent barrier-bound while Smith gained two spots to move into second.

Queen managed to quickly get going again in 11th place and start a charge back up the order, while Sharp continued his fall down the order until a late pitstop that ended his race.

Also on a charge was Dempsey, who had won the first two races of the weekend, and once he picked off Lafond he was the fastest driver on track. On lap eight he reached McCaughan, who put up little opposition as the Kevin Mills Racing driver attacked into Paddock Hill Bend, and then had a 2.5-second gap to close down to the front.

He knocked off more than half a second per lap twice to reach Smith, who held his line into Paddock Hill each time Dempsey had a look around the outside. It was a switchback for Druids that eventually enabled Dempsey to get through, but there was not enough time to close the 1.81s gap to Rashid before the race was red flagged as Team Dolan’s Morgan Quinn drove over the rear of Lafond – who was without a nosecone and had flapping bodywork – and Lafond was catapulted into the gravel trap.

The decision was made not to restart, and the results were taken from two laps previous. That meant Rashid won ahead of Dempsey, and Queen moving past Lafond and Quinn did not get undone due to the latter two not running at the time of the red flag. It also meant Sharp, who was in the pits, was classified eighth instead.

Although Queen has scored more than Lucas Romanek, dropped scores have been applied with one round to go and Queen drops out of title contention.