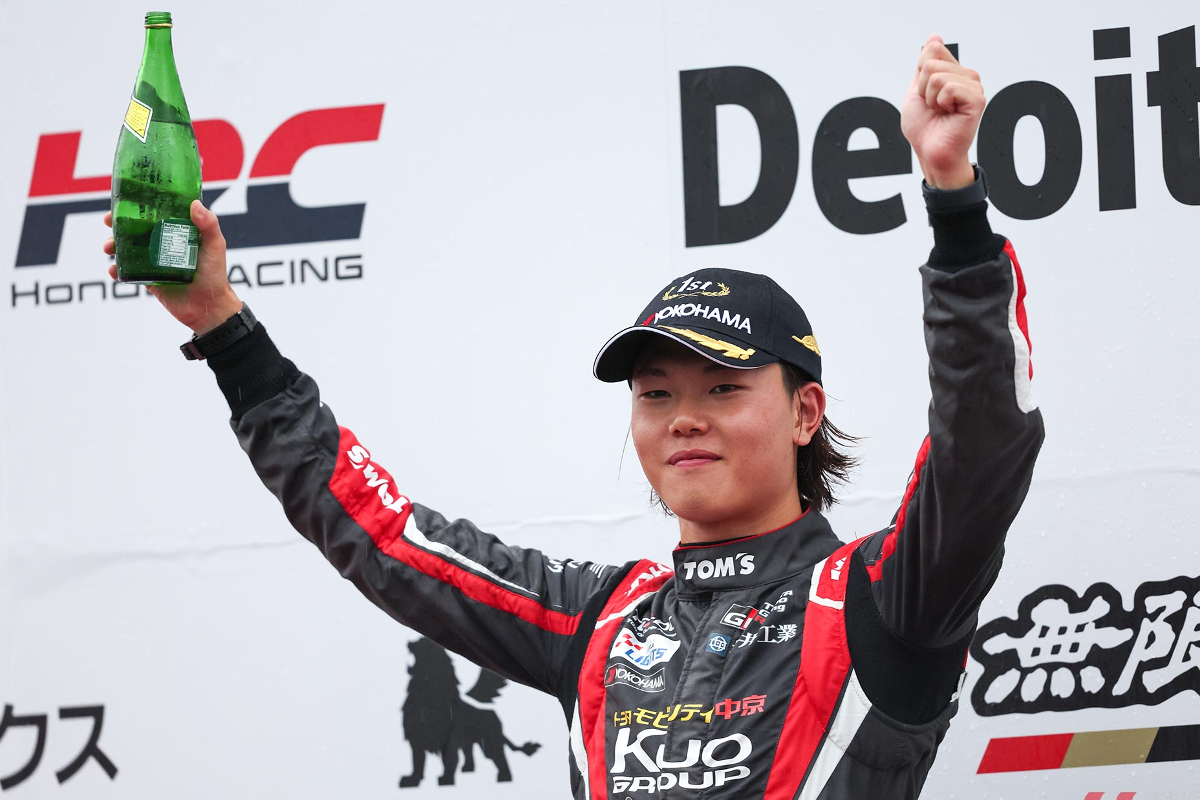 Kazuto Kotaka extended his Super Formula Lights points lead with a win and a second place at Motegi.

Iori Kimura pipped Kotaka to pole for the first race of the weekend by 0.012 seconds, but wheelspin on a wet track meant he was immediately jumped at the start by Kotaka, Kakunoshin Ohta and Togo Suganami.

The excessive spray meant whoever was out front had the best conditions, and Kotaka made use of that to romp away to a win of 39.515s in 20 laps.

Ohta and Suganami swapped second place several times on lap one before getting shuffled off-line going under the oval and dropping way down the order (before pitting at the end of the lap) just as Hibiki Taira passed Kimura too.

Ohta and Taira were able to escape in second and third while a queue of cars built up behind Kimura for the rest of the race.

This queue included Yuga Furutani back in sixth once he had cleared Kohta Kawaai after several laps of attempts, and he then moved up to fifth when Seita Nonaka had a pitstop that included an inspection of his cockpit.

On the final lap he tried diving down the inside at turn five under the oval, then again at the turn seven left-hander. The pair collided and both spun, with Kimura coming through. Furutani managed to get back into third by the chequered flag, but a 10s penalty for causing a collision relegated him back to fourth ahead of Kawaai and DRAGON, who scored for the second time in his 10-season career.

Ohta edged Taira and Suganami to race two pole, and it was Taira who led at the end of a chaotic first lap. He took the lead before turn two, and Kimura nabbed second before his race ended with a big lock-up and a puncture.

Damage to Ohta’s front wing meant he pitted, and Taira was left with a big gap to Nonaka that he managed to the end of the race. Suganami claimed his first podium of the year in third, and Kotaka was fourth.

Kotaka and Ohta shared the front row of a sunny race three, and Kimura took second at the start then passed Kotaka for the lead at turn seven on lap one. From there the points positions were set, and Kimura won a bland race.

Helm Motorsports withdrew from the weekend due to drivers Reiji and Yuya Hiraki being in “poor physical condition”, meaning the grid shrank to 10 cars.