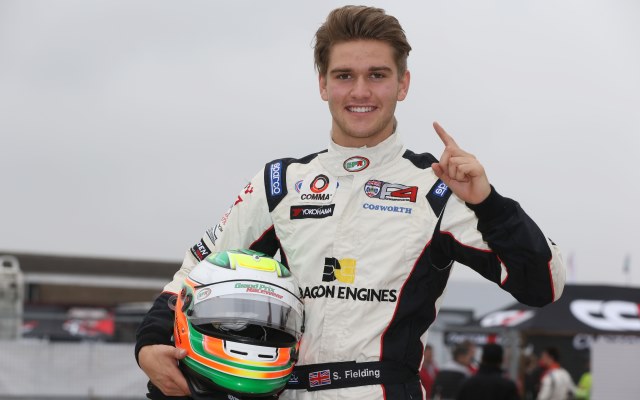 Sennan Fielding has taken pole position in the penultimate BRDC F4 qualifying session of the season at Donington Park.

On his local circuit, Fielding was over a tenth of a second quicker than the next fastest driver, championship leader George Russell. Fielding is currently fourth in the standings and one of five drivers within 60 points of Russell.

Russell’s Lanan Racing team-mates Struan Moore and Arjun Maini – who is currently the leader’s closest rival, nine points behind – will share the second row of the grid for race one.

Raoul Hyman was fifth ahead of Diego Menchaca, just edging out his Douglas Motorsport team-mate Charlie Eastwood, who scored his best qualifying result yet in seventh.