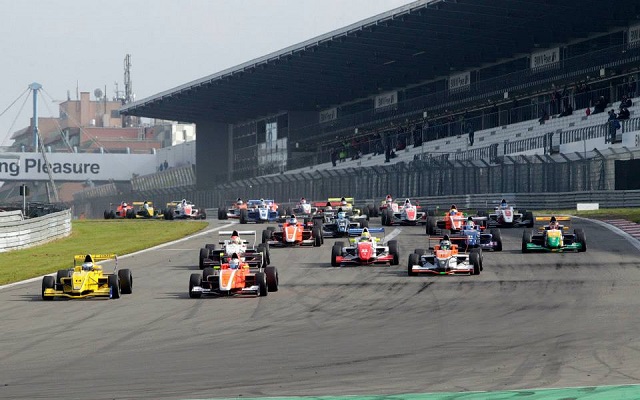 Gustav Malja took his second victory of the season after a confident drive in the final Formula Renault NEC weekend’s second race.

The Swede started from second and, with a slightly better getaway than polesitter Josef Zaruba, took the inside line into turn one. He emerged in the lead and maintained first until the checkered flag.

Although AVF driver Zaruba missed out on the victory, he still celebrated his first podium of the season, withstanding race-long pressure from race one winner Andrea Pizzitola.

Championship leader Ben Barnicoat passed his main rival Louis Deletraz?at the start for fourth and kept this position to extend his championship lead by one point.

Before the season final, Barnicoat leads the championship by 16 points over Deletraz, with 30 up for grabs. The Brit starts 15th in the final race, with the Swiss racer lining up in fourth. As such, even if Deletraz wins, Barnicoat could ensure his title by making it to the top seven.