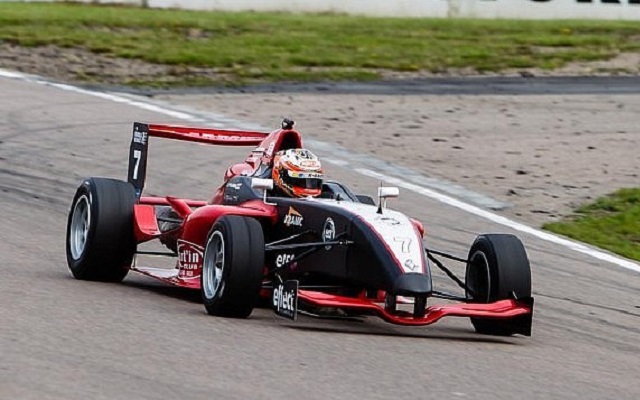 Finnish racer Joonas Lappalainen secured the Formula Renault 1.6 Nordic drivers’ title with a fourth place in race one at Mantorp Park, which was won by Ralf Aron.

Lappalainen finished comfortably ahead of chief rival Kevin Aabol and just one spot behind another contender Lukas Sundahl, which allowed him to clinch the title with a race to spare.

Out front, Aron dominated from pole, leading Scuderia Nordica teammate Oliver Soderstrom by eight seconds at the checkered flag. The latter narrowly held off Sundahl and Lappalainen, completing a 1-2 for his team.

Estonian Aron will also start race two from pole due to having set the fastest lap. Korpivaara will join him on front row.