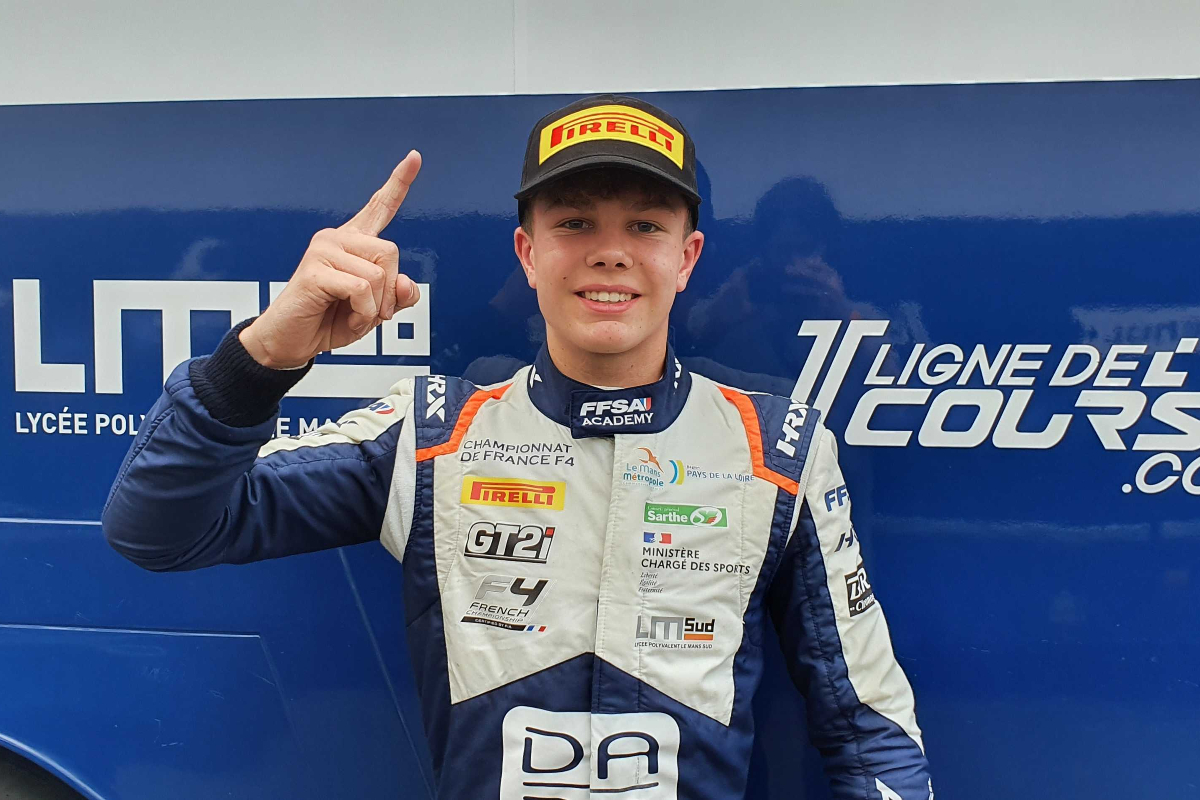 The French Formula 4 championship leader had to be patient before he could attack a full season, but it’s going to plan so far. Ida Wood uncovers the philosophy behind France’s latest single-seater star

With a victory in each of the first three rounds, and an almost unbeaten qualifying run, Esteban Masson has established himself as favourite for this year’s French Formula 4 title.

For fans of the championship, his name isn’t a new one as he’s guested at Paul Ricard in the final round of each of the past two seasons. On his first appearance he managed an 11th place, then picked up a fourth and an eighth on his return in 2020.

This season started at Nogaro, but a new circuit didn’t faze Masson as he took a double pole then managed his lead through race one to win. That was followed up by sixth in the reversed-grid race after battling past former karting rival Maceo Capietto, then after stalling from pole in race three he recovered from ninth to finish third and end the weekend as points leader.

Since then he’s grown that lead to 28 points, with another two poles and two wins at Magny-Cours, then a win from pole at the Hungaroring and a second place in race three. Had he not had his fastest lap in qualifying lost to a track limits violation, only confirmed after the session, he would have had a double pole and potentially beaten Capietto to the race three win.

It was at the Hungaroring where Formula Scout caught up with Masson and his career advisor Didier Andre. While both are French nationals, Masson is actually originally from Canada and so that is where his motorsport passion began.

“I started with my dad, he was driving a bit in Canada where I’m born, and after I was like ‘it’s alright’, and I wanted to do it straight away!” Masson tells Formula Scout.

“So I started when I came back to France [aged seven], and I loved it and continued.” 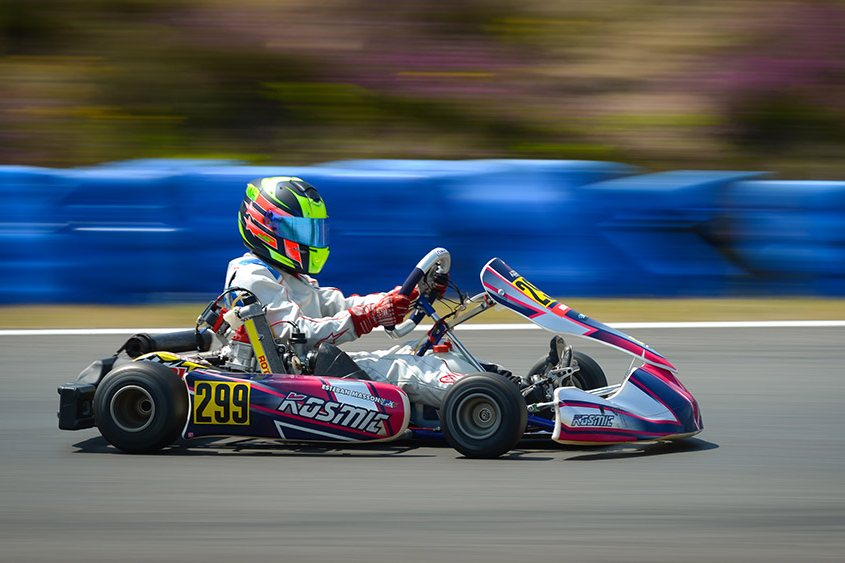 He started off in local karting races, with an end goal of forging a single-seater career, and once he got to the national level in karts he was quick to taste success. That took him to competitions on other continents before he had even left Mini-level karts, and when he got to junior karting he was immediately a frontrunner there too.

This culminated in winning National Series Karting’s title in Nationale karts in 2018, then repeating the feat in the more prestigious French Karting Championship in 2019. The second of those is the one Masson saviours more, and was the first success he had under former IndyCar racer and Le Mans 24 Hours class winner Andre.

“I began with him two years ago, and all I won was with him,” Masson says. “Before I was a bit messy in the races, and he just helped me to be calm and concentrate on the race in front, it was easier for me to just follow what he says to me, and it works pretty well so I’m happy.”

While Masson did debut in F4 at the end of that year, and had the option of stepping into the series full-time off the back of his karting title, Andre opted to postpone the move.

“My job is to find the best way for him to become a professional race car driver,” Andre says. “So when he won the French championship in karts, he had the possibility last year to go to F4, but he wasn’t ready for me. So I said no.

“We were still working through go-karts to teach him things, the way to manage race weekends, the way to become number one in karts, and every race weekend he was starting on pole position in nearly all the races. So you have to learn how to stay at the front and to have this pressure. And many of the things physically and mentally too.”

It’s similar to 2021, where Masson has risen to the top of a national championship, been the top qualifier, but needed to make sure he can execute everything after that. This is where access to not only Andre’s on-site support, but his own karting track and team – which is linked to Charles Leclerc – becomes of use. 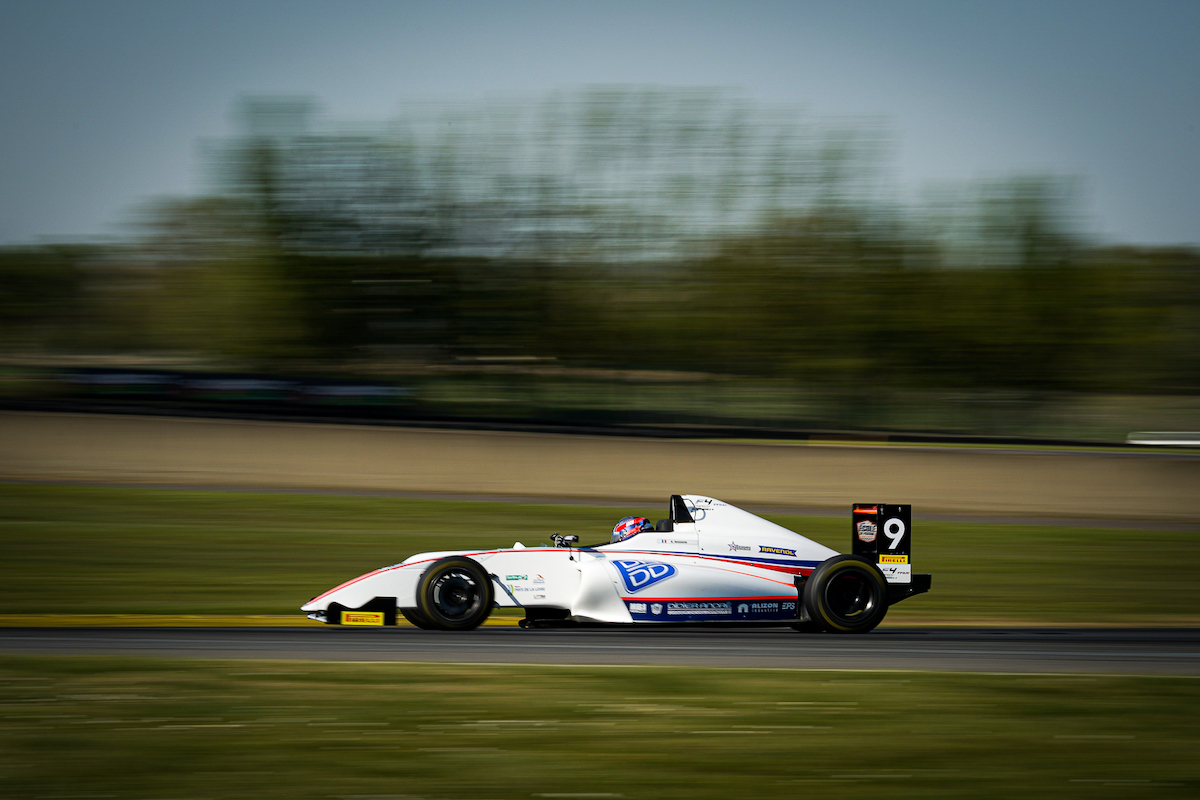 “So the driver has to move to the potential of the car or the kart. And when you reach that level, we move everything together. But I will not change something to help the driver to become comfortable, but with less performance.”

This is a reference to a very specific training technique Andre applies, making his proteges drive karts in as close to a style you would use in a single-seater as is possible. A previous beneficiary is 2013 French F4 runner-up Jules Gounon, who is now a Mercedes-AMG factory driver in sportscars. With some hand gestures, Andre shows the levels he sets for his drivers.

“So I know that my kart potential is here, the driver is there, I move the driver to the same level as the potential of the material, and then everything works.”

“At the end of last year I thought ‘now you’re ready, so you’re going to move to F4’,” Andre continues. “For the future, it will depend on the finance. The French federation is behind him, for sure. He’s showing that he has a real potential, definitely. Some people would say there is no level, so this is why he is winning everything, but I believe there is a level.”

Masson, who along with Pierre-Alexandre Provost is one of two drivers with Andre’s support in the French F4 paddock, is grateful to have avoided the rushed single-seater career many rivals favour.

“When he thought I had the technique and he was happy, he put me in a single-seater. When I was ready,” Masson confirms.

“I [still] had difficulties, I made mistakes, but I think mistakes need to be done in smaller categories, then I can learn. And Didier is here to help me. I’m quite happy for my beginning [results] of the season, and I hope it will be like this by the end.” 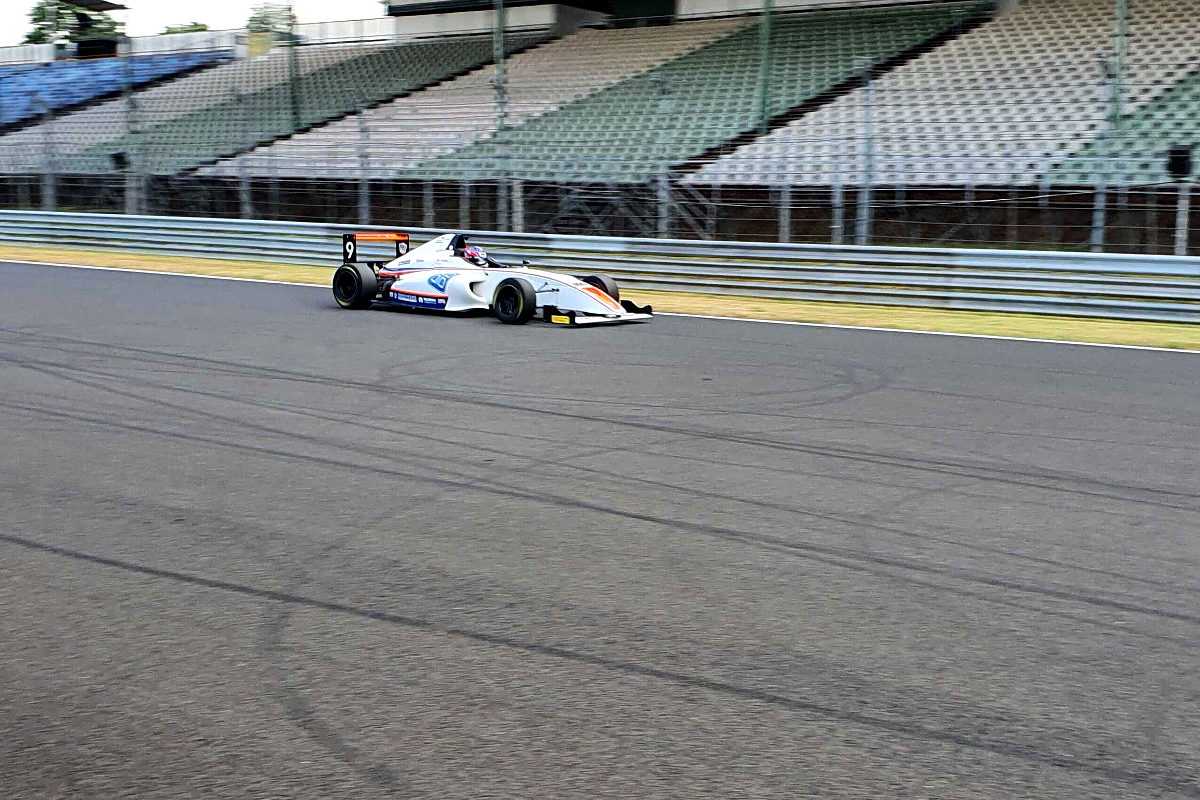 Another part of Andre’s philosophy is to reduce reliance on simulators, with Masson instead taking to Andre’s track in a kart between F4 rounds. He will also have access to more of the tools of the FFSA Academy, the school of the French motorsport federation, when he becomes a student there at the start of the next academic year.

The term dates there are modelled around the expected racing programmes of students, and with smaller class sizes they speed through the French curriculum faster than normal schools. If Masson had to write an essay about say his racing idol, who would he choose?

“I don’t really have one, but what Lewis Hamilton is doing is great and inspiring. So I would say him.”

He also has a second answer.

“I follow what Didier tells me to do, and his example is quite good for me, so I would say him.”

The best measure of if two-and-a-half years of structured tutelage has done the job it set out to is if Masson keeps Capietto, and Australia’s Hugh Barter, at bay to win the French F4 title. He certainly seems capable of it, but his rivalry with Capietto is long and the son of the Prema engineer is gaining experience in other F4 series to boost his domestic championship challenge.

“I come to every round not looking at it [aiming to win], like I want to be the most prepared possible,” Masson says.

According to Andre, retaining that mindset is what’s going to take his career beyond the success his own support is contributing to.

“Of course the idea is to have people like [driver manager] Nicolas Todt or [Alfa Romeo Racing team principal] Frederic Vasseur who will knock on the door and say ‘you’re going to have a nice career’. The good thing also is I am the French distributor for the kart chassis of Charles Leclerc, which is part of Birel ART, managed by Todt. I have many things that can help young drivers, if they come to my team to at least have a better chance of being a race car driver.”

In fact, Masson was recently back racing a Leclerc kart for Andre’s team in France’s IAME series, and transitioned back to the machinery as seamlessly as has from it to F4.