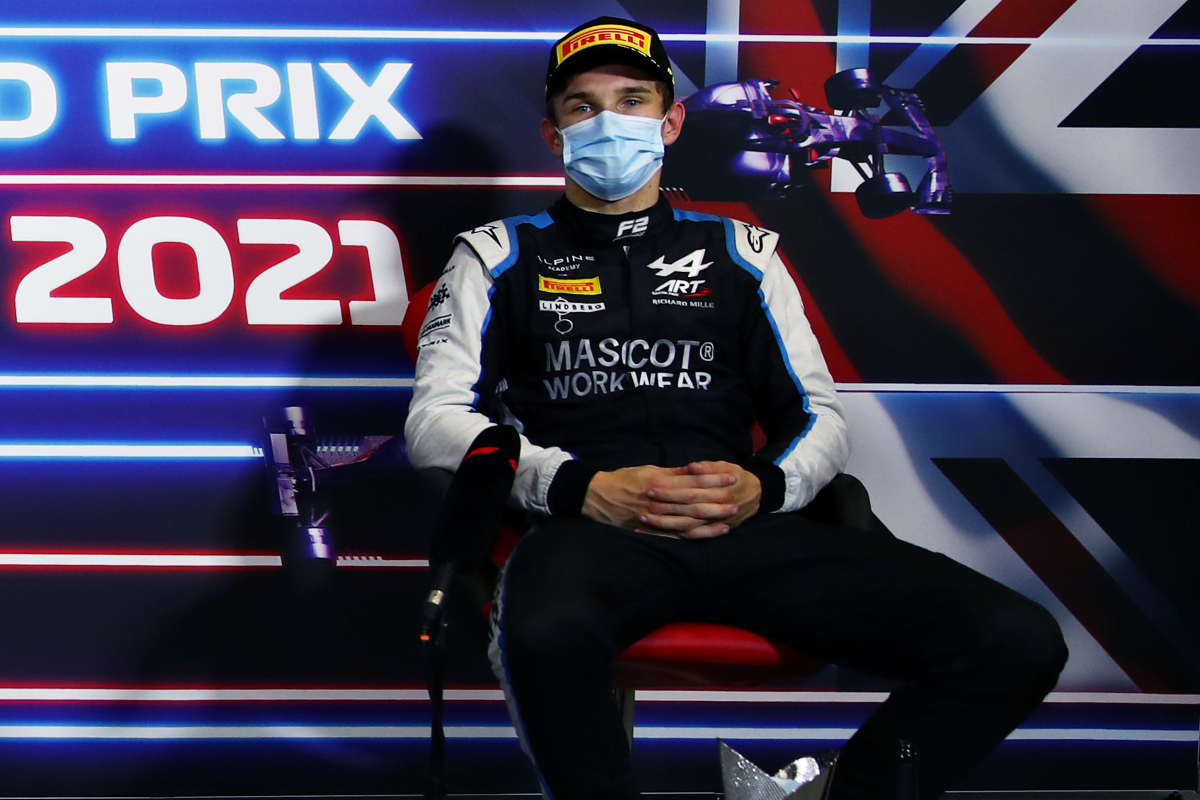 Christian Lundgaard says an improvement of just “half a tenth per lap” through the rest of the Formula 2 season would appease him despite sitting 12th in the standings.

The Alpine Academy member was expected to be a title contender in his sophomore season, and while he has two podiums from the first 12 races he has only scored on two other occassions and has had his Formula 1 hopes extinguished for 2022.

His average qualifying position has been eighth, which has declined after starting the season by being pipped to pole by fellow Alpine junior Guanyu Zhou by just 0.003 seconds at Bahrain. The loss of pace since is still a mystery to Lundgaard.

“It’s been a tricky one, we all know where we stand in the championship and I’m definitely not satisfied with that,” he said.

“We’ve run into a few issues that have cost us a lot of points and generally we haven’t been competitive enough. Looking at Bahrain, we were extremely competitive, but after that we were massively on the back foot.

“The first half of the season hasn’t gone our way and it’s pretty clear that we’re not in the championship fight like we should be. We’re halfway through the season and, as much as possible, we will try and turn things around, but I think some dramatic changes need to be done for us to enter the championship picture.

“The team and I know that we’re not in the position that we want to be, and we need to work even harder to improve that.”

Going into the specifics of the gains he wants over the second half of the season, Lundgaard said: “if we can improve the car by 10%, for example, half a tenth per lap, we would be happy”.

A gain of that amount, based on Formula Scout’s calculations of average qualifying pace so far, would bring Lundgaard into the top six on outright pace.

However his Alpine stablemates Oscar Piastri and Guanyu Zhou are ahead of him there, and also sit atop the F2 standings; both with more than three times the points Lundgaard has.

“We need to minimise the number of mistakes we make, improve our decision making and consistency,” said Lundgaard.

“Going into this year, I hoped that the consistency would improve because of what we learned in 2019. That is our main goal, if we can turn that around, then the results will come.”

The Dane won’t be back in a F2 car until the Monza round in mid-September, but will be racing this weekend as he makes hid IndyCar debut on Indianapolis Motor Speedway’s road course.