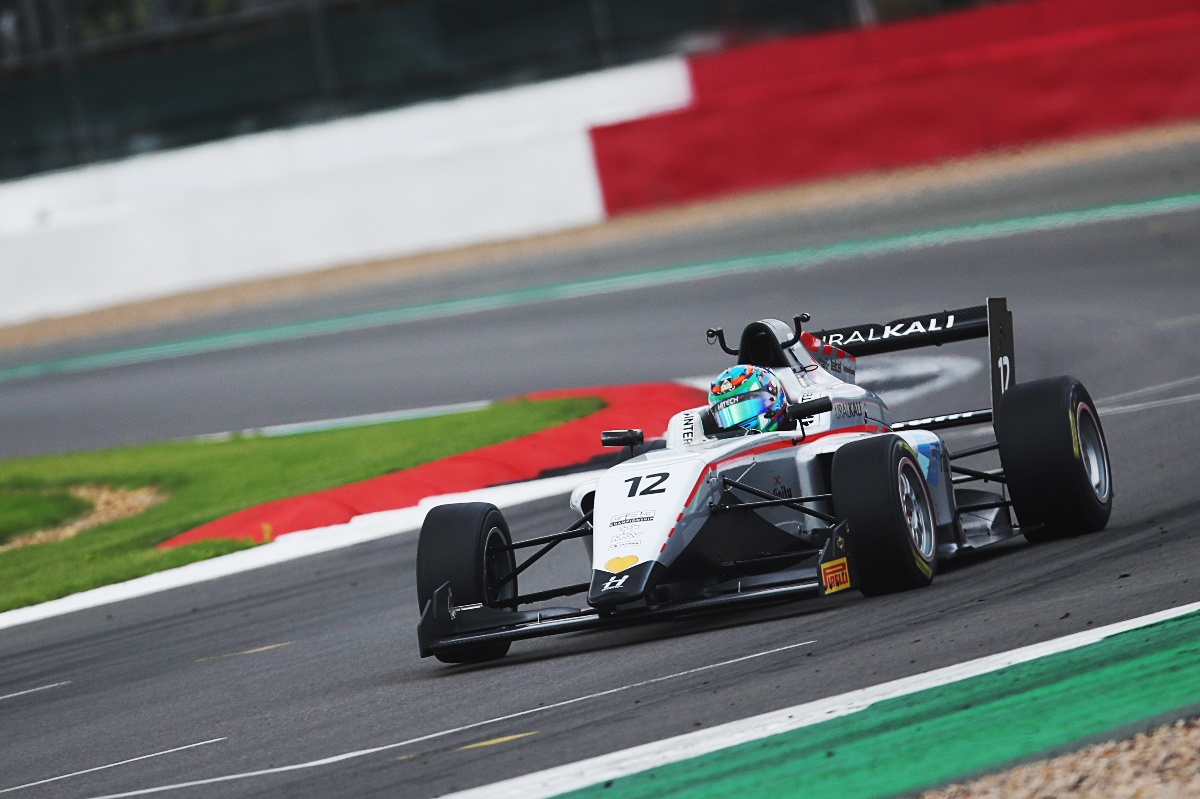 The Hitech GP driver, who took a maiden win last weekend at Snetterton, lowered Roman Bilinski’s benchmark from Thursday by over 0.2 seconds.

Arden’s Bilinski led the timesheets for most of the morning running, with Hitech’s Reece Ushijima and Elite Motorsport’s Tom Lebbon also enjoying brief spells at the top. A late flier ensured Bilinski ended the session fastest, just 0.030s shy of his pace-setting time on day one.

Faria moved into second in the closing minutes, ahead of Lebbon, Ushijima and Elite’s Jose Garfias.

Faria traded fastest times with Elite pair Garfias and Lebbon in the first of the afternoon sessions, before Bilinski again moved ahead.

Lebbon set a blistering lap with three minutes remaining, over 0.3s faster than Bilinski’s effort, before Alvarez went fractionally quicker as the chequered flag fell. Bilinski improved on his best time late on, but remained in third.

With their times remaining unbeaten in the third session, Alvarez and Lebbon ended the day first and second overall.

Faria recorded his best lap of the test to top the final session by 0.075s from Bilinski, the pair ending the day third and fourth overall.

Ushijima was half a second behind team-mate Alvarez in fifth, having set his best lap in the morning session.

Debutant Jonathan Browne was 16th for series returnees Hillspeed, the former FF1600 racer setting his best lap of the two days in the final session to end up within 1.2s of Alvarez.

CDR’s Ayrton Simmons and Fortec’s Mikkel Grundtvig were the only other two drivers not to improve on their morning efforts, ending the day in 15th and 17th.

CDR ran a third car on Friday for 20 year-old former karter Ceran Singh, who has tested with the team previously but isn’t competing this weekend.