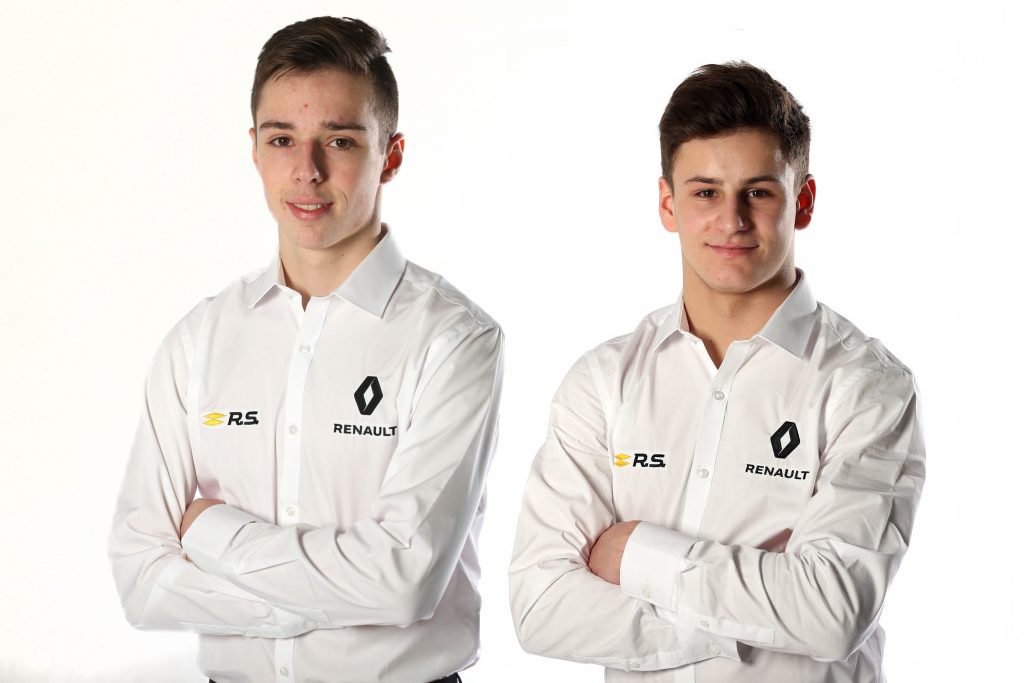 Renault has taken on some young French talent by signing the top two drivers in last year’s domestic F4 series. Peter Allen assesses their short but impressive careers so far.

France is enjoying a resurgence in its involvement in Formula 1: this year the nation’s grand prix returns at Paul Ricard, there are three French drivers on the grid, and Renault hopes to take a stride forward in the third season of its comeback as a works squad.

Yet despite the boom in young talent from the country, that Renault return featured hardly any French involvement in the driving seat during the first two years. Esteban Ocon was re-signed to Enstone in a reserve role in 2016, but Mercedes (and customer Force India) eventually won the tug-of-war for his services. Despite Renault playing a major role in the junior careers of Ocon, Pierre Gasly and Romain Grosjean, the trio between them now represent each of Renault’s F1 rival engine manufacturers.

There also hadn’t been any French drivers in the new Renault Sport Academy, until now. As well as capturing Formula Renault Eurocup champion Sacha Fenestraz – who has dual French and Argentine nationality – it has recruited the top two drivers from last season’s French Formula 4 series: Arthur Rougier and Victor Martins.

In a world of karting prodigies being bred to be F1 world champion from a very young age, both Rougier and Martins started out refreshingly late, yet have made considerable impacts in a short space of time. 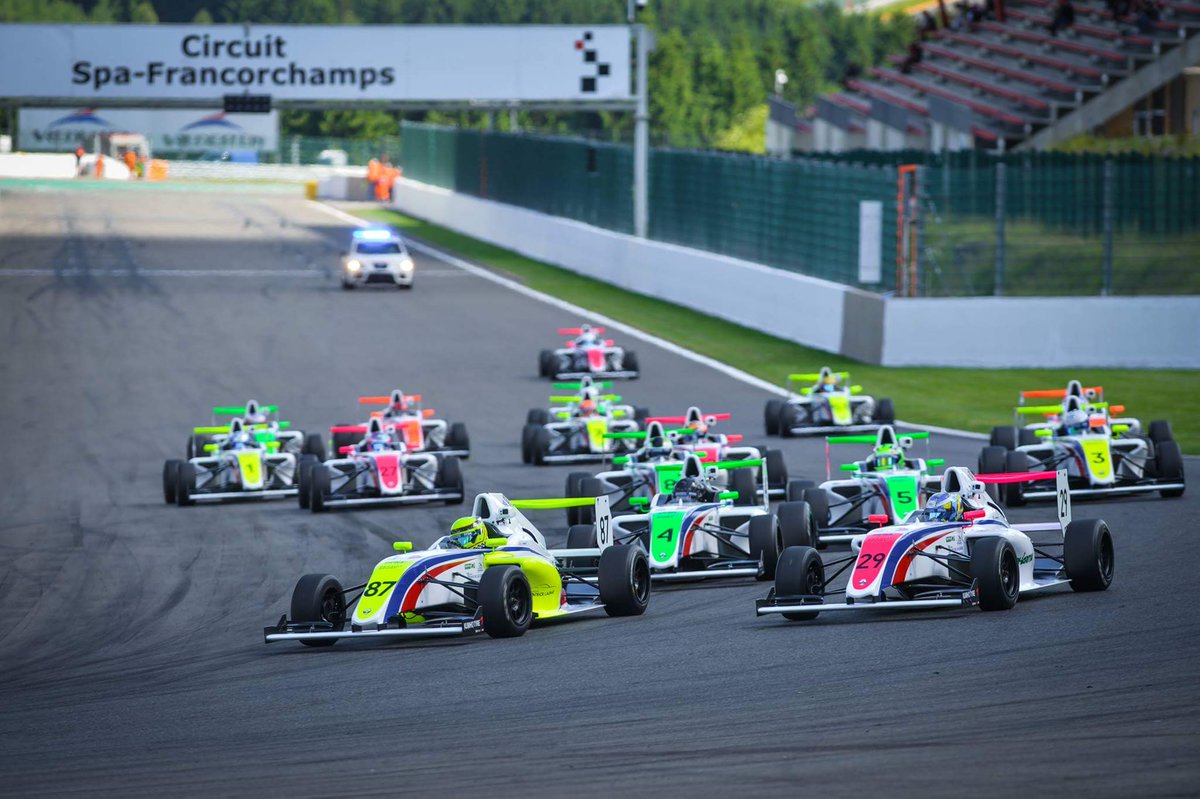 Although his father raced in Fun Cup and Clio Cup, it wasn’t until 2014, aged 14, that Rougier began racing karts competitively in the regional?UFOLEP Aquitaine Trophy in the Subaru 400 class. The following year he came third in the standings, before graduating to French F4 for 2015. There he was a consistent points scorer for the most of the year, before a breakthrough podium and win at the final round at Barcelona, as he finished 10th in the standings.

Martins meanwhile came into motorsport having been a champion gymnast – rather like French rally legend Sebastien Loeb.

He was introduced to karting aged 11 by a friend of his father who raced Porsche Carrera Cup. Like Rougier, he began competing regularly in 2014, then 13 years old. He came sixth in the French Cadet championship, and third a year later. In 2016 he stepped up to international competition and, after a remarkable rise, he won the world championship in OK Junior in Bahrain that November.

Having already finished on the podium twice on a one-off French F4 debut at Le Mans the previous September, Martins started the 2017 among the favourites, even with Rougier and three other members of the 2016 top 10 returning for a second season. It was a status he immediately lived up to with a double win at Nogaro, a feat he came close to repeating at Monza before a dramatic race three collision that led to his disqualification.

It was then that Rougier surged to the front, winning twice at Pau and then three times at Spa-Francorchamps. “I was really quick on those tracks – I won the championship because of those weekends,” he tells Formula Scout. “On those tracks I enjoyed a perfect feeling with the car.?[At Spa] I did the double pole position and won three races, so in the second race I started 10th?on the reversed grid and in something like five laps I was P1. It was my best memory of last season.” 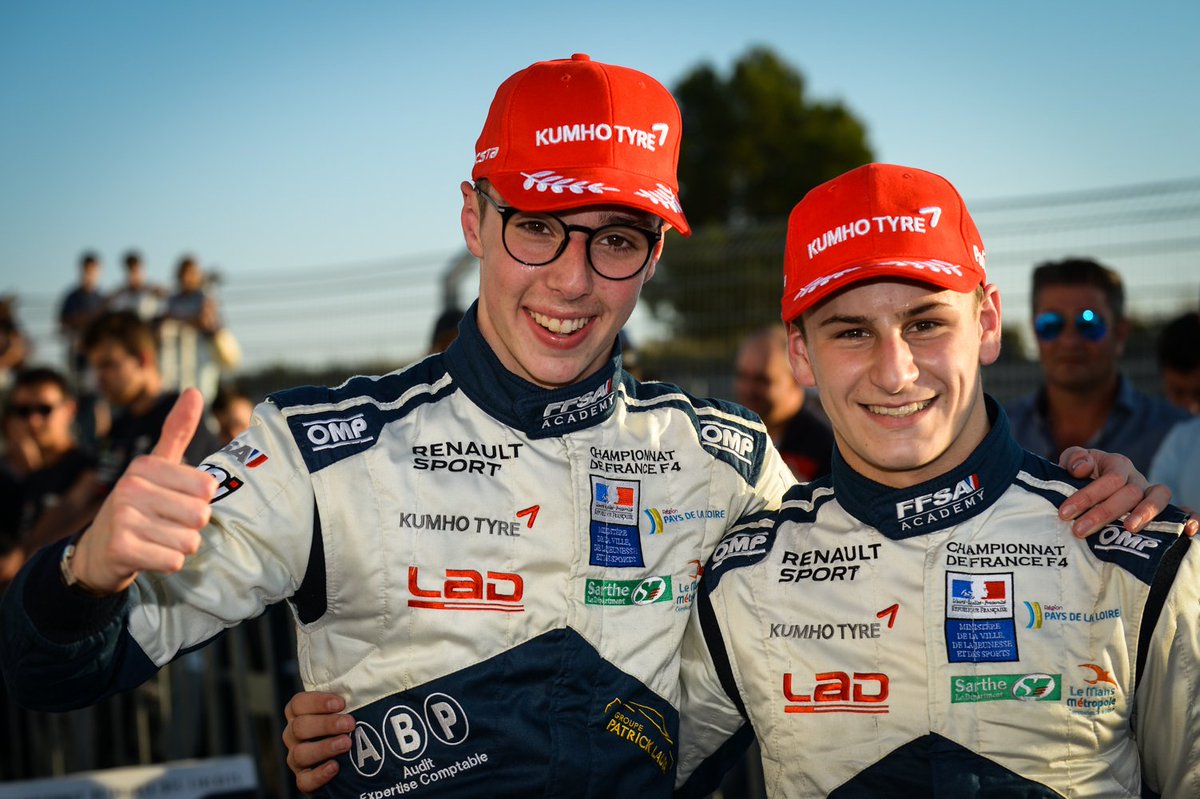 That form put Rougier 36 points clear at the top of the standings, but Martins was able to put himself back ahead into the final round at Paul Ricard thanks to a run of second-place finishes and some trouble for Rougier.

“I had a problem in Barcelona with my tyres so I did a really shit weekend,” he explained. “The pace was really off, just because of those tyres. I had to manage it. In Magny-Cours before that, it was quite a good weekend – a bit unlucky but that?s racing.”

Rougier is able to shrug that bad luck off now after a strong performance at the decider, where a hat-trick of podiums earned him the title. Martins had been on course to extend his lead with maximum points in the first race when he spun out while taking to take the lead on the final lap. Having ended up seventh, his eventual win in the finale was irrelevant in the points race.

“The last weekend at Paul Ricard was really great,” says Rougier. “Under the pressure I was better.”

While naturally disappointed to miss out, Martins was satisfied to have challenged in his rookie campaign. “It was a good season,” he says. “I did not a lot of mistakes but? It?s very difficult in my first season to win the championship. It was very difficult to compete with Arthur in his second season. So I gave my best, I finished second and it was a good result for me.”

Indeed, while Rougier’s title earned him an automatic place on the Renault Sport Academy, the potential Martins showed made it impossible for him to be overlooked. “I?m really happy to join the academy because it?s going to be important for my racing career,” he says. “I thank them. It?s just fantastic to work with them, and having a lot of things to help me to the top.” 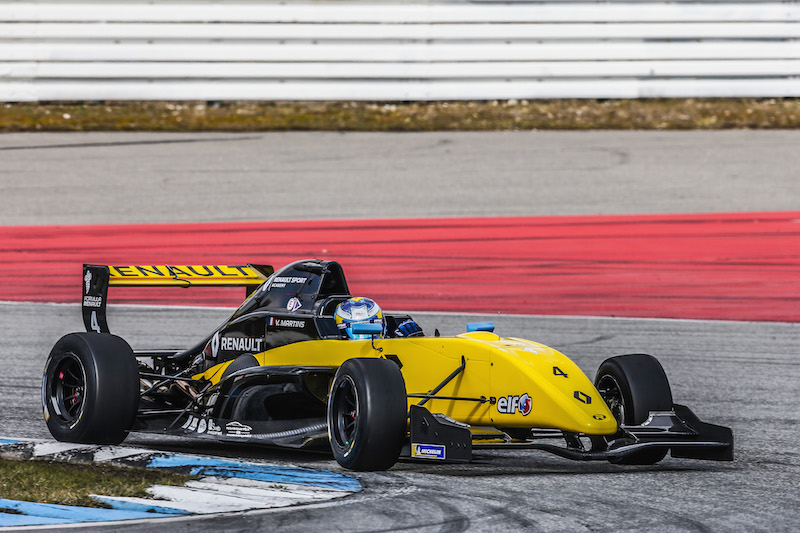 Both now step up to the Formula Renault Eurocup, a move which has historically taken two years for French F4 graduates like Gasly, Anthoine Hubert and Fenestraz to master. Based on testing performances so far, that could certainly be the case for Rougier, who has joined a Fortec Motorsports squad that has won just once over the past two years. He knows he needs to retain Renault’s support if he’s to keep moving forward.

Martins on the other hand shone from his first official Eurocup tests at the end of last season, having joined up with benchmark squad R-ace GP. Despite the high level of competition, which includes the likes of Max Fewtrell, Richard Verschoor, Yifei Ye and Max Defourny, he’s optimistic of a title push.

“I was very quick [in testing] and I hope to win the championship, but it will be difficult,” Martins says. “But with hard work I can achieve that ? it?s possible.”