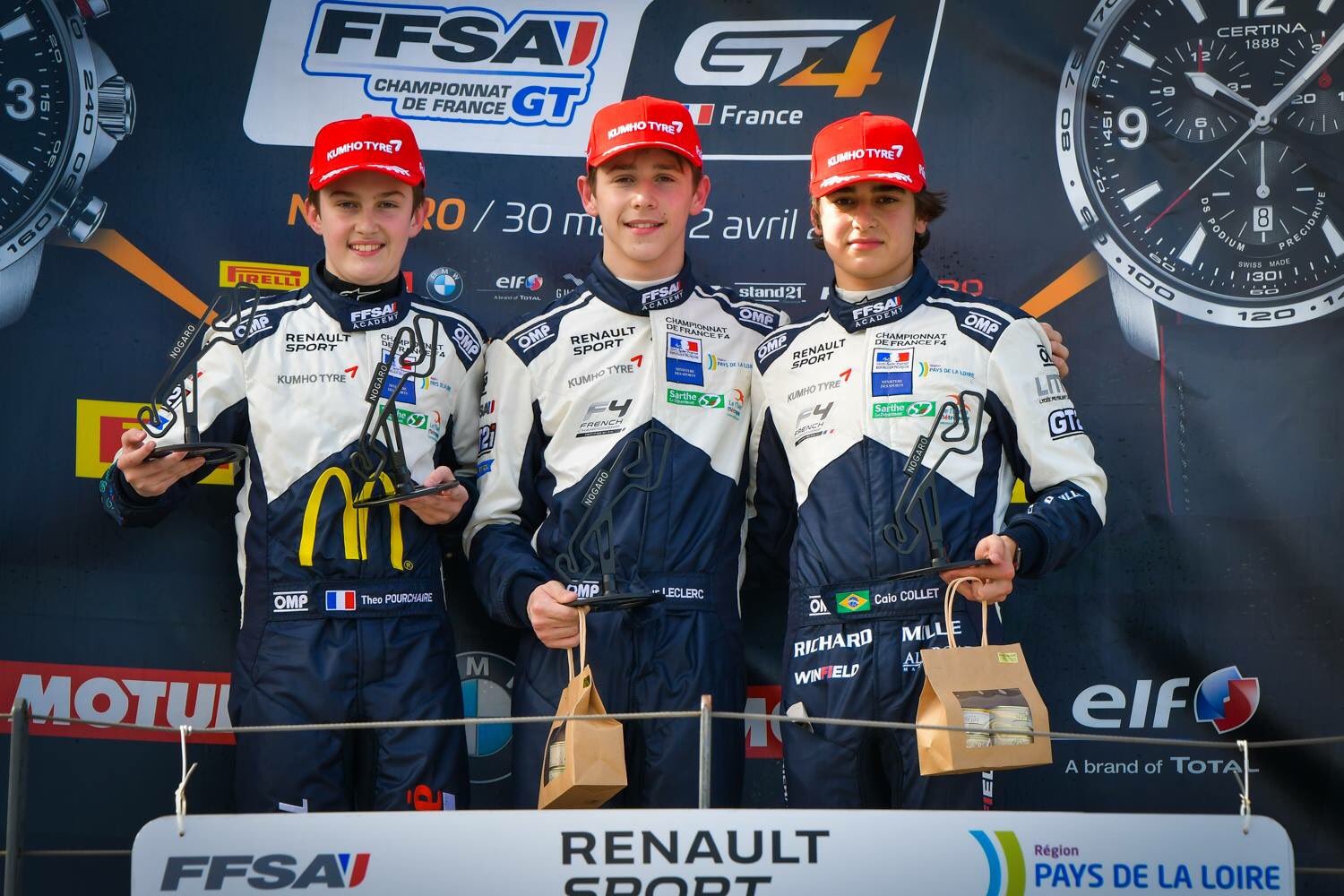 Arthur Leclerc claimed victory on his debut weekend in car racing by holding off Theo Pourchaire to win the second French Formula 4 race at Nogaro.

Leclerc, the younger brother of Formula 1 racer Charles, started fourth on the reversed grid and inherited the lead when Esteban Muth and Mateo Herrero collided on the opening lap, bringing out the safety car.

Leclerc enjoyed a strong restart, but couldn?t shake O?Neill Muth. The pair were later joined by Pourchaire, who had fought his way up from seventh on the grid.

The trio spent the majority of the race battling for position, with Muth briefly taking the lead before a small mistake dropped him back to third.

In the closing stages of the race, Leclerc and Pourchaire managed to build a small gap to Muth as the pole sitter turned from attack to defence.

Leclerc and Pourchaire ran side by side on a number of occasions, but Pourchaire couldn?t quite make a move stick and had to settle for second.

Muth lost the final podium position on the last lap of the race, with Caio Collet finding a way past to take his second third position of the weekend.

Pierre-Louis Chovet won the multi-car battle for fifth, finishing 0.2s ahead of Ulysse de Pauw and 0.5s ahead of race one winner Ugo de Wilde.

After a difficult race one, Stuart White suffered more disappointment when he stopped at the side of the track just five laps into the race. Five laps later, Baptiste Berthelot also retired.