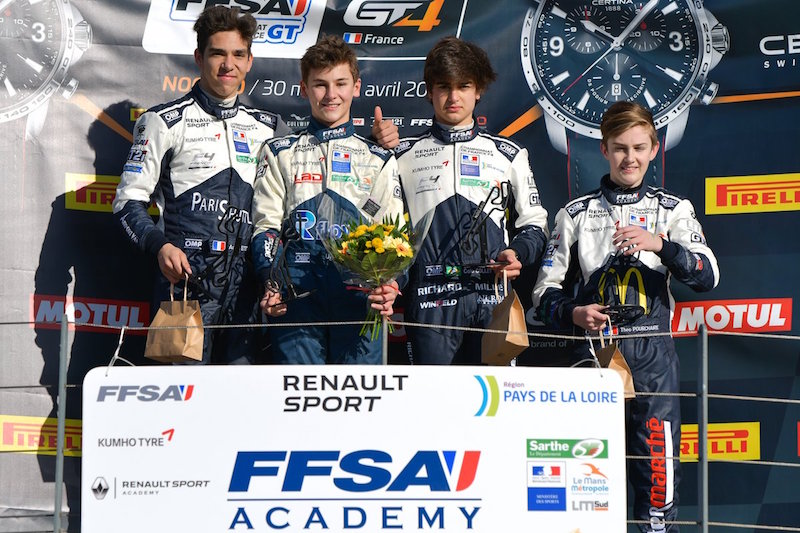 Ugo de Wilde claimed a lights to flag victory in the first race of the 2018 French Formula 4 championship.

After a strong start, de Wilde came under pressure from Adam Eteki in the closing stages of the race, but managed a small gap to take the chequered flag 0.309s ahead of the Frenchman.

Caio Collet completed the podium after passing Theo Pourchaire in the opening laps. He immediately closed the gap to Eteki but couldn?t find a way past.

It was a relatively clean race, with the only incident coming when Stuart White and Theo Nouet came together just three laps before the end of the race. The pair had been battling at the back end of the top 10, but the contact took them both out of the points. White was able to continue, but Nouet was left stranded at the side of the track.

Arthur Leclerc, Mateo Herrero and Esteban and O?Neill Muth rounded out the top 10.

The Muth brothers will therefore start from the front of the reversed grid for race two.