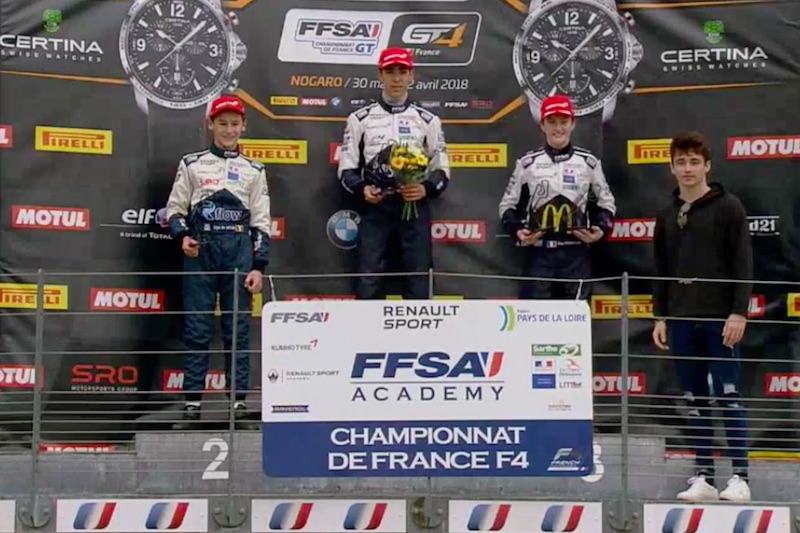 Adam Eteki took a lights-to-flag win in the third and final race of the season-opening French Formula 4 round at Nogaro.

Eteki, who was making his second French F4 appearance this weekend, resisted pressure from Ugo de Wilde and Theo Pourchaire, with the top three having been separated by less than a second in the middle of the race.

While Eteki had made a good start from pole position, his fellow front-row starter Pourchaire found himself under attack from de Wilde, who hung around the outside of Turn 1 to claim the inside for Turn 2 and take second place.

Having resisted the mid-race pressure, Eteki managed to open up a 1.3-second lead in the closing stages as de Wilde focused on keeping Pourchaire at bay.

Caio Collet passed Ulysse de Pauw and caught up with the front three in the closing stages, but couldn’t make the podium for the third time this weekend.

Race two winner Arthur Leclerc, whose brother Charles was on hand to present the trophies on the podium, snatched fifth away from de Pauw on the final lap at the end of the back straight.

Stuart White ended a tough weekend on a positive note by finishing seventh from 11th on the grid, getting ahead of Mateo Herrero, Reshad de Gerus and Theo Nouet.