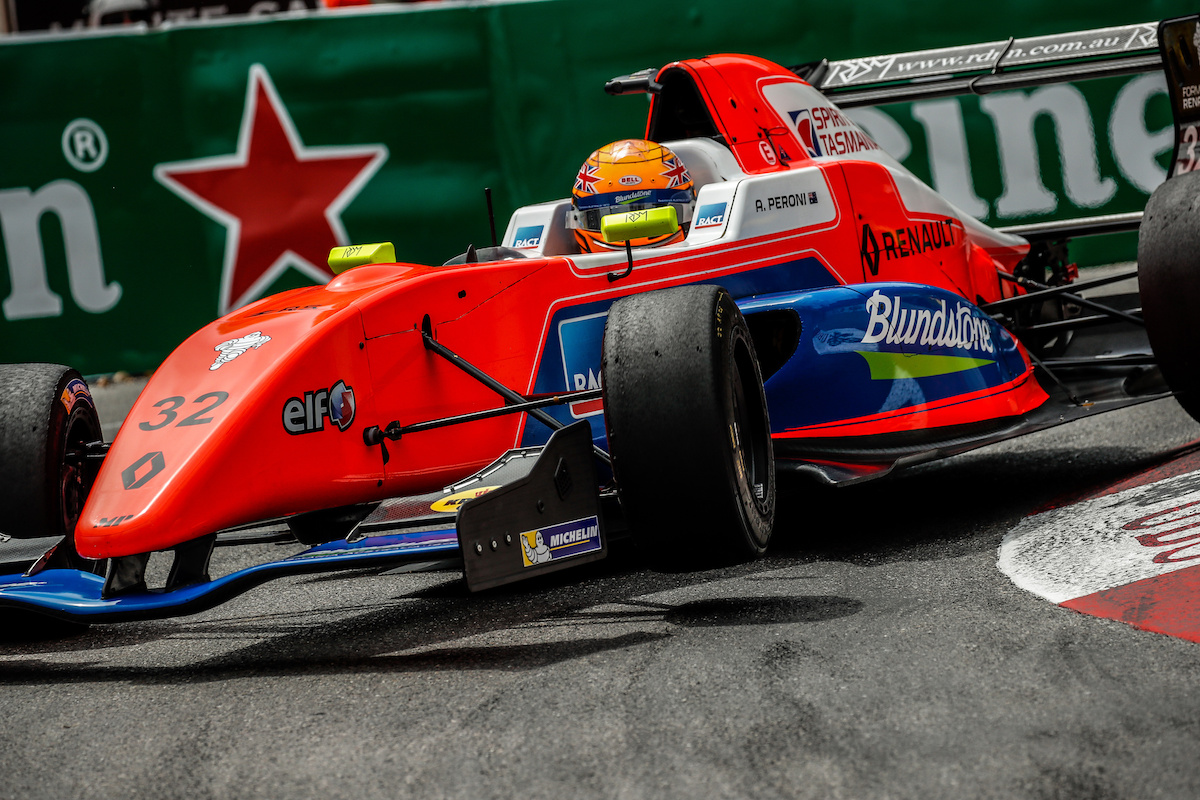 Daniel Ricciardo wasn’t the only Australian to win at the Monaco Grand Prix. Peter Allen profiles Alex Peroni, who is building quite a reputation on the streets of Europe.

After a very lean period, there has again been a healthy compliment of young Australians racing in the European junior single-seater ranks over the past couple of years, all trying to follow Daniel Ricciardo and make it to Formula 1.

Often, what has stopped Australians making the leap has been money, or a lack of. As often described in the tale of Mark Webber?s early years, it?s not easy to raise sponsorship to race on the other side of the world, and the strong domestic scene offers an easier alternative.

Many still persevere however, and one such driver who is following in Webber?s footsteps by showing promise in Europe on limited funds is Alex Peroni.

He has taken an unconventional route to get there, but Tasmanian racer Peroni has proven his potential in the ultra-competitive world of Formula Renault, excelling on two famous street circuits in particular. Two weeks after he claimed his third win from four starts in Pau, last weekend he triumphed in the category’s marquee event in support of the Monaco Grand Prix.

But when he won in Pau for the first time in the Eurocup in 2017 – after keeping local hero, champion-to-be and now Renault-backed Formula 3 racer Sacha Fenestraz at bay – it was still a case of ?Alex who?? for many.

As the name suggests, Peroni, like Ricciardo, has Italian heritage, and having family in the country helped him to race karts there while still only 10 years old in the 60 Mini category. Over the next few years he was able to combine selected events in Italy, including the elite WSK series, alongside racing back home. 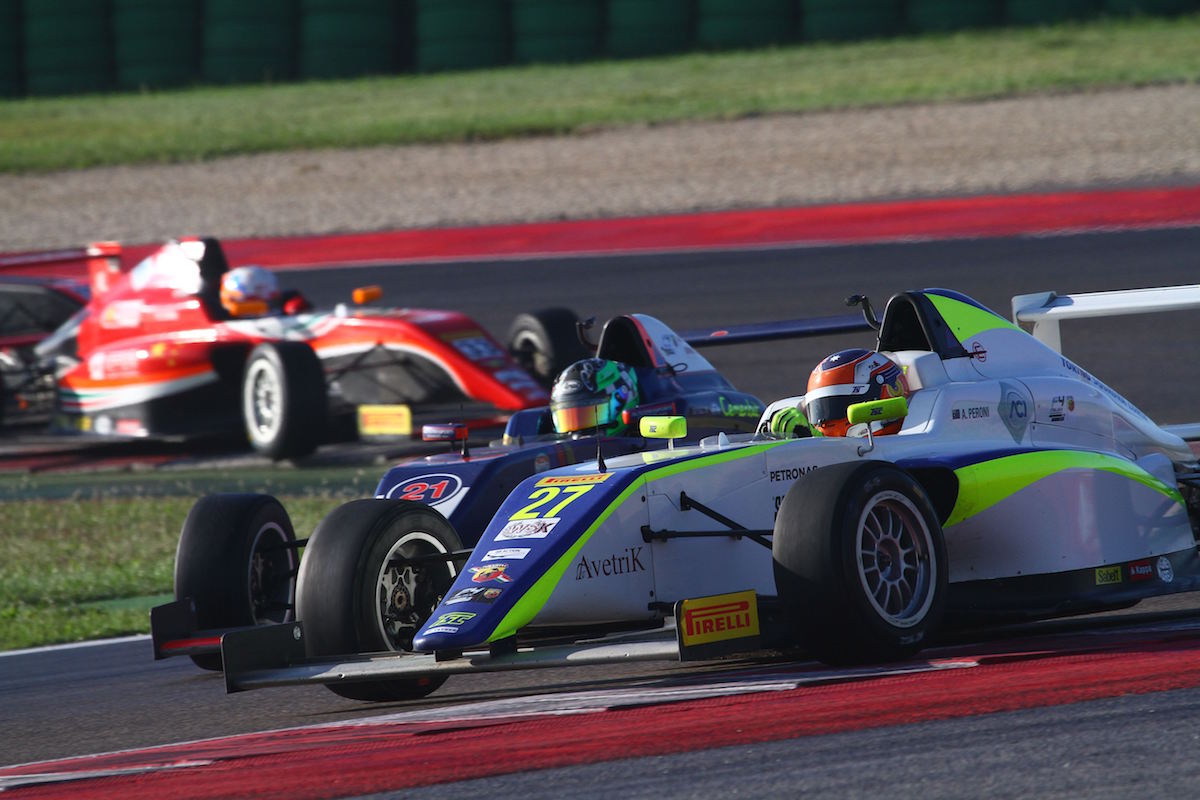 It was then in Italy where his first experience of car racing came in 2015 in Formula 4 (above). Driving for the small TS Corse team in a one-car operation up against the might of Prema, much of the season was a struggle to even get into the points, but a pair of second-place finishes in the final two rounds allowed him to finish up 14th overall.

His next move was an unusual one, taking him to the V de V Challenge, the French-based series for Formula Renault machinery, largely popular with gentleman drivers but with a handful of young hopefuls usually battling over race wins.

“We struggled to find the budget and V de V was the cheapest option and I thought the best option to get some experience in this car,” Peroni explains to Formula Scout.

As well as getting practice in the Formula Renault car, the series also allowed Peroni to get a championship title under his belt, a success that he was able to follow with a step up to the Eurocup. “Luckily we managed to find sponsors and wonderful people that would help me, and here I am now,” he says.

Peroni made securing that place on the Eurocup grid for 2017 easier with a stunning debut at the end of the previous season at Estoril, two weeks before he wrapped up the V de V title at the Portuguese track. Still with the TS Corse team – a relative heavyweight in V de V but a newcomer at Eurocup level – he unexpectedly stood on the podium at the end of his first race from the seventh row of the grid. He ended up fourth once a time penalty for Robert Shwartzman was rescinded, but had caught the attention of Eurocup team bosses with his drive in damp conditions, as many others spun off on slicks tyres. 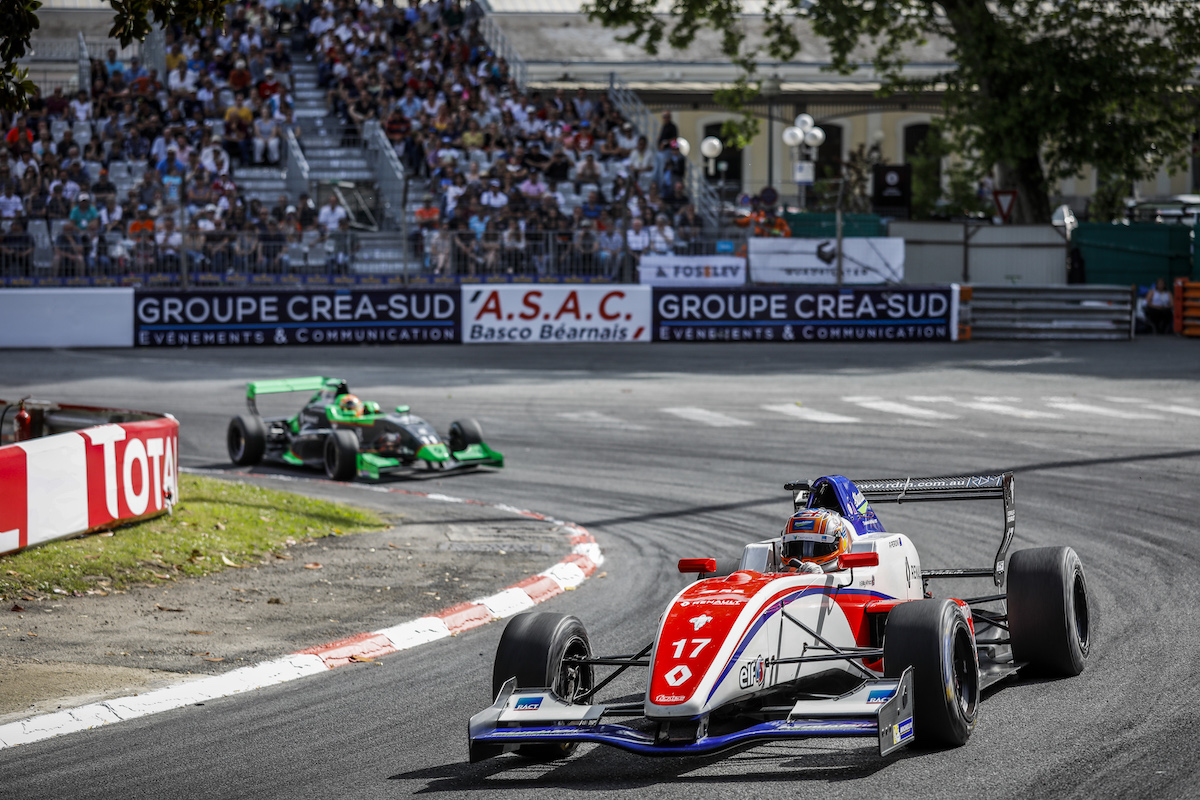 Ultimately it was Fortec Motorsports that secured Peroni’s signature for 2017, and leading a fairly unremarkable line-up for the British squad, he immediately began to exceed expectations again. His Pau win was just one of six top-six finishes over the first eight races, which also included two sixth-places in Monaco.

Thereafter, Peroni struggled, and wasn’t back in the points until the last two races of the 23-race season. “It was my first year and I didn?t expect to be that quick at the start, because normally if you?re first-year you improve and get better, but for us it was the opposite,” he says. “I?m not sure why. It?s probably a lot of things, no pin-point thing. Eurocup is so close, you lose a few tenths and you?re out of the points, where usually you?d be top five.”

After finishing 10th in the standings, he switched to MP Motorsport for the 2018 season. On paper, it looked like a potentially risky move, after the Dutch squad’s struggles last season with a trio of talented rookies. However, the team has since taken a clear step forward, as shown by the results of Renault-backed newcomer Christian Lundgaard, who has credited that to the experience of both Peroni and series veteran Max Defourny.

Speaking following the second Eurocup round at Monza, where Lundgaard won and took the points lead, Peroni (whose best finish then had been fifth) said: “I think the car?s good, my team-mate?s proven that, so I just need to improve myself a bit and try and feel at one with the car, which I?m not at the moment, but I?ve got good hopes that I can do it.”

Undoubtedly aiding the team’s cause is the strong bond already formed between the three drivers, unusual in the cut-throat world of junior single-seater racing. The trio even spent time together between the first two rounds at Paul Ricard and Monza.

MP drivers ready and on the way to Monza! Ready to go get some points and podiums? pic.twitter.com/kHBmyMTXCE

“We?re all good mates but obviously on the track we don?t know each other I guess!” Peroni jokes. “But it?s good to have two team-mates you?re good mates with.”

The positive relationship was on show in Pau earlier this month, where Peroni and Lundgaard dominated what was the first round of this year’s Northern European Cup. After snatching the race one win when Lundgaard ran wide on the final lap, Peroni then led race two from pole position to chequered flag. It wasn’t against a full Eurocup field, but it certainly demonstrated his affinity with one of Europe’s most unique challenges.

“I don?t know,” he says when asked what makes him so good around the Pyrenean city streets. “I think it?s just a circuit where you can be aggressive and it?s a lot more intense and I guess the person that pushes the most normally gets the most out of it, but also if you push too much you?re in the wall so it?s very close.”

He added that the “most important thing” about taking part in Pau was “to get good practice for Eurocup, and to try and carry this momentum into Eurocup which hopefully we can do”.

A zero-score round promptly followed one week later at Silverstone, but a few days after that, Peroni was proving his street circuit prowess once again, this time at the big one: Monaco. Topping the first of the two qualifying groups put him onto pole position for Saturday morning’s first race, which he dominated, finishing four seconds clear.

The next day, Peroni started and finished second in race two. That was held just before the Grand Prix where Ricciardo took his long-awaited win to back up his two Formula Renault 3.5 triumphs around the principality. The similarities between the two aren’t limited to their mastery of Monaco or their Italian roots: Peroni often sports a similarly wide smile and relaxed persona.

Who did the smile better??? Absolute legend.

Joining Ricciardo at the top of the sport is his ultimate ambition. “Yeah, F1?s the goal, that?s why I?m here,” he says. “If you aim high, you can fall back a bit I guess, but F1?s the goal, and just to be a professional driver in general would be mega.”

With limited personal backing, Peroni, just like Ricciardo, could be reliant on the backing of an F1 team to make it further up the ladder. Eurocup provides a good opportunity to secure such backing, with Renault offering a place on its academy to the champion and perhaps others too.

To attract that backing, Peroni will know that he will need more strong results going forward and to improve his current eighth place in the standings, but his recent street circuit successes have certainly proven his potential on the biggest of stages. 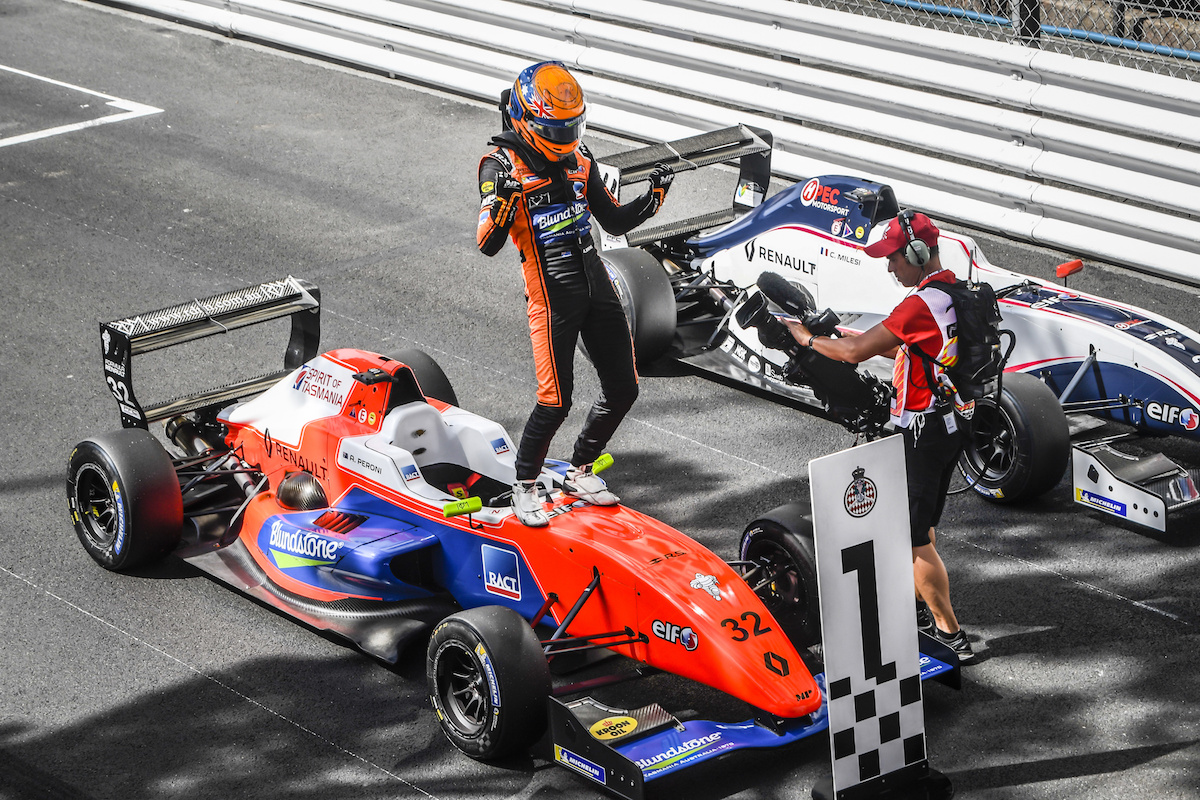