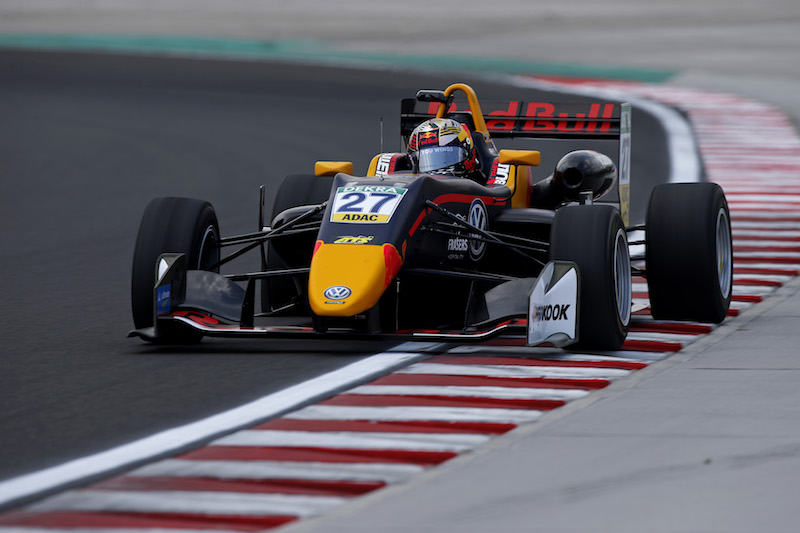 Times tumbled during qualifying with Motopark’s Ticktum in third during the first period of the session behind Prema duo Guan Yu Zhou and Mick Schumacher.

Later on, he improved his time to 1m35.275, a benchmark that was not beaten for the rest of the session.

The pole position is Ticktum’s second of the season so far, the first for the British driver having come from the first qualifying session of the year in Pau.

Hitech’s Alex Palou moved up to second on his final fast lap of the session, and will start alongside Ticktum on the front row of the grid in front of all five Prema cars.

Zhou’s 1m35.377s lap was good enough to put him first when he set it, although he was demoted to second seconds later by Ticktum’s pole lap.

He will start race one in third, with Schumacher was only 0.035s away in fourth.

F3 rookies Marcus Armstrong and Robert?Shwartzman?set their fastest laps close to the end of the session for fifth and sixth respectively, in front of Pau Grand Prix winner Ralf Aron.

Ticktum’s team-mate Jonathan Aberdein qualified in eighth, with another Motopark driver Juri Vips rounding off the top 10 behind Enaam Ahmed.

Carlin had a difficult qualifying session overall with none of their six drivers making it into the top 10. Ferdinand Habsburg was the highest placed of the group in 11th, with championship leader Sacha Fenestraz just 0.058s behind in 13th.