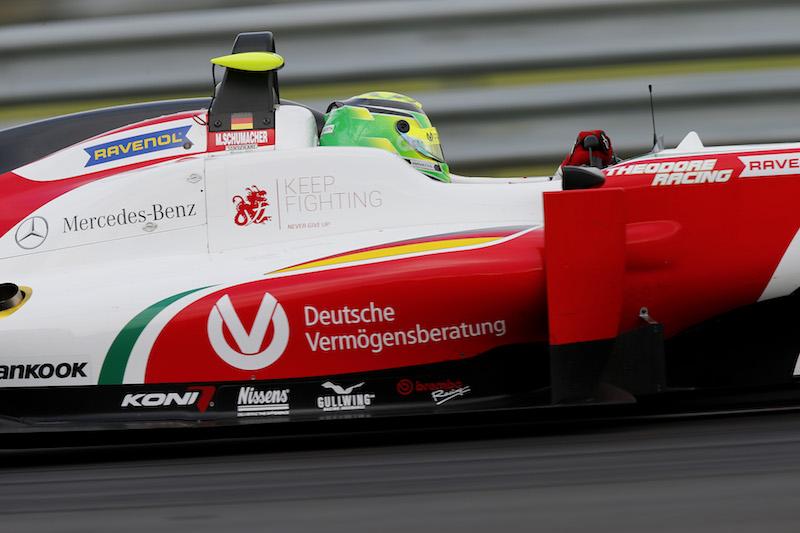 Mick Schumacher set the pace in practice for the Formula 3 European Championship round at Zandvoort, edging his series-leading Prema team-mate Marcus Armstrong by 0.006 seconds.

Schumacher took top spot away from Armstrong at the end of the second 40-minute session with a lap of 1m29.159s, while Guan Yu Zhou made it a top three lock-out for Prema.

Alex Palou was fourth for Hitech while Sacha Fenestraz was fifth for Carlin, going 0.042s faster than the time he set to top the first segment of practice.

Jonathan Aberdein was the quickest of the Motopark sextet in sixth, with team-mate and Norisring winner Juri Vips in ninth just behind fellow Estonian Ralf Aron, who in turn was one spot behind Artem Petrov of local squad Van Amersfoort Racing.

Enaam Ahmed failed to set a competitive time after his second session came to an end on his fourth lap.

The Hitech driver was eighth in the earlier session, when Fenestraz beat Schumacher to top spot by 0.367s, with another Carlin driver Ferdinand Habsburg in third. Armstrong was sixth behind Palou and Zhou, with Ticktum again down the order in 15th.

Sophia Florsch finished the two sessions 21st and 20th out of the 24-car field on her debut with Van Amersfoort.