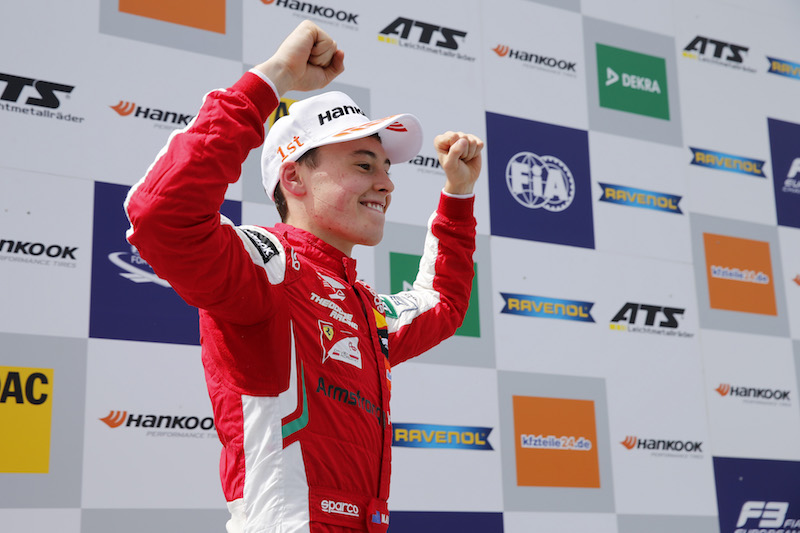 New Zealand’s absence from the F1 grid came to a surprise end recently, but it won’t be a shock if Ferrari’s European F3 leader Marcus Armstrong also makes it there in the coming years.

When Brendon Hartley earned his surprise Formula 1 debut towards the end of 2017, he became the first driver from New Zealand to race at the sport’s pinnacle for 33 years.

In the earlier decades of F1 world championship history, the small south Pacific country (today home to just under five million people) punched well above its weight thanks to the efforts of Bruce McLaren, Denny Hulme and Chris Amon.?One founded one of the sport’s most successful teams, another won a world title, and the other is regarded as perhaps the best driver to never win a grand prix.

After a long wait, Hartley became the first in a new generation of 21st century Kiwi talent to shine on European shores when he was signed up by the Red Bull Junior Team. Even after Hartley was dropped from the scheme and his chances of ever making F1 appeared over, New Zealand’s prospects still looked good, as Formula Scout detailed at the time.

Richie Stanaway had won back-to-back titles in Germany and was on the books of the Lotus F1 Team, Mitch Evans was a leading contender in GP3 and Nick Cassidy was chasing openings in Europe having joined Evans as a champion of the domestic Toyota Racing Series.?Like Hartley, all three would ultimately be forced into other areas of the sport when a lack of funds meant a lack of decent opportunities on the single-seater ladder.

While Hartley’s unexpected F1 career already appears limited to however long it takes Red Bull to find an appropriate replacement, New Zealand can look forward to the emergence of another Kiwi star, whose odds of making it look better than any of those who came before him this millennium:?Marcus Armstrong, the 17-year-old Ferrari protege leading the European Formula 3 standings just three rounds into his rookie season. 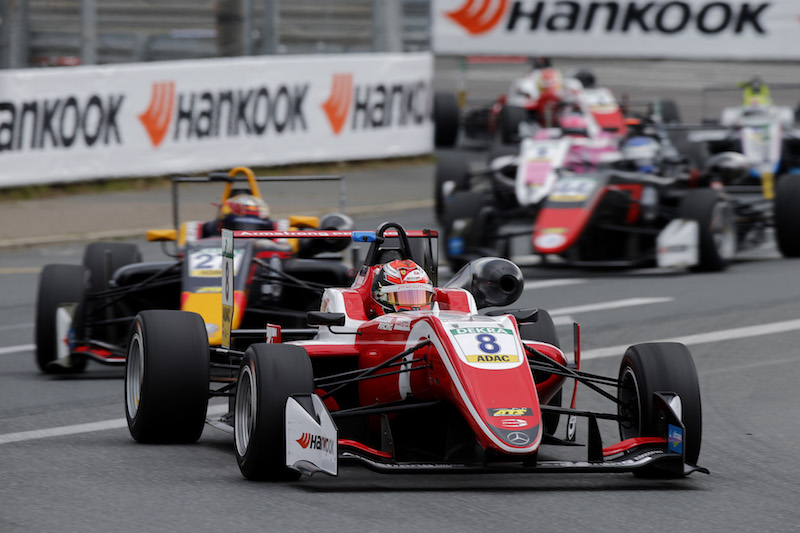 Even for a rookie, Armstrong is relatively inexperienced, having graduated directly from Formula 4 rather than from Formula Renault or a lesser F3 series. Yet the position he finds himself in – one point ahead of Dan Ticktum at the head of the standings after taking his maiden win and two other podium finishes last time out at the Norisring – is not a huge surprise to anybody that has watched his rise so far.

And as good as Armstrong has looked behind the wheel, it is away from it where he is arguably even more impressive, talking with a calm maturity you wouldn’t expect from a 17-year-old. But then most kids don’t move half way around the world?at 14 by themselves.

Born in Christchurch as the son of successful car dealer and amateur racer Rick, Armstrong won multiple karting titles back home before he headed off to take on the best in Europe. Was that a tough move to make?

“No,” he says, in typically assured fashion. “I was pushing my dad like hell to let me come over when I was young. At Tony Kart I lived on my own as well. It was like I was doing the school of life, almost, and I?m a lot more independent because of it. On the other side of the world, I had to be very independent, I didn?t have my parents around.”

After a year at KF level, where he won the last round of the European championship in Sweden to place ninth overall, Armstrong could have made the step up to F4, but he opted to spend another year in karts, this time in the gearbox KZ category. 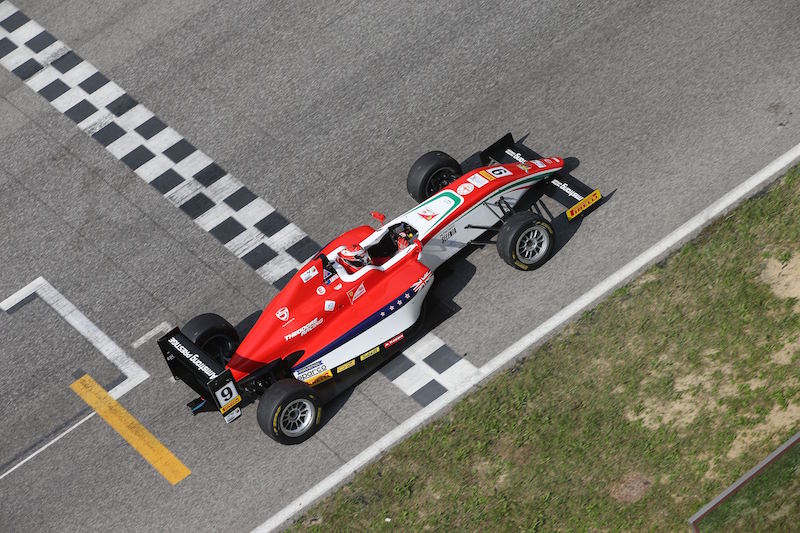 “It was my decision to do karts one more year,” he says. “I was meant to do F4 in 2016, but I decided that? firstly, I was very close with [Tony Kart boss] Roberto Robazzi, and he suggested to me to do another year and, obviously because he?s ‘Mr Karting’, I really agreed with him because KZ is in my opinion more competitive than all of the junior formulas. I mean, Marco Ardigo, my team-mate, is to this day the best driver I?ve ever raced against. And what I learned there was fundamental.”

Guided by former karting world champion and current Hitech GP head Oliver Oakes, Armstrong then looked set to skip F4, making a couple of promising Formula Renault outings towards the end of 2016 with crack squad R-ace GP. Then, however, came an assessment with the Ferrari Driver Academy thanks to its tie-up with Tony Kart. He earned a place on the Maranello scheme, and from there an F4 programme with Prema was the obvious move for 2017.

His first race in red, though, could not have come closer to home. At the Ruapuna circuit on the outskirts of Christchurch, Armstrong won the first race of the Toyota Racing Series with a bold outside pass. Two further wins would follow over the rest of the campaign, but some early inconsistency would prevent a true title challenge.

At first, it looked like his F4 campaigns could go the same way. “In both championships, Italian and German, we crashed two times in each championship in the first two rounds. And then in the last half of the championship, pretty much every race we were on the podium.” He won the Italian title and came second in the German ADAC series, where he narrowly missed out to team-mate Juri Vips in the final race. 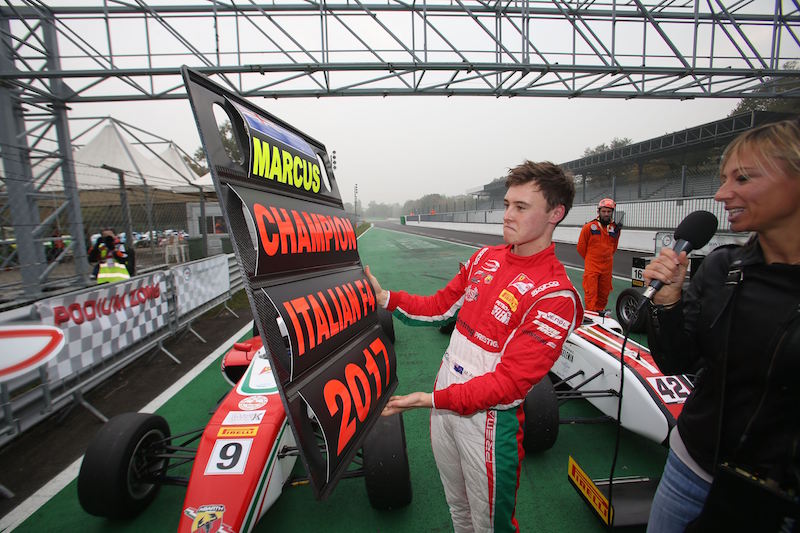 Armstrong describes his progress over 2017 as “a prime example” of how he’s learned to manage a championship. The lessons were on show when he returned to TRS at the start of this year, this time with the pressure of being the title favourite.

“I love pressure to be honest. The pressure I had at home was positive. It was just a shame what happened on the last lap of the championship when my engine went to safe mode [costing Armstrong the title to Robert Shwartzman] but it was much the same story as what I?m doing here [in F3]: I just took points every weekend, I extended the championship lead by just a little bit every single race, and then obviously it didn?t end up well, but it should have.”

Shwartzman, a fellow Ferrari academy driver, is again one of Armstrong’s team-mates in an evenly-matched five-car Prema F3 squad, together with Guan Yu Zhou, Ralf Aron and Mick Schumacher. Prema’s F3 team is one of the most successful operations in junior single-seaters, and Armstrong’s engineer Jean-Francois Levere is working towards another title in 2018 after winning it in 2016 with Lance Stroll and 2014 with Esteban Ocon.

“They have a massive amount of experience,” Armstrong says of Prema. “My engineer, for example, he was working with Lance, Esteban, many of the guys on the screen now [which is showing DTM]. He?s been doing his job longer than I?ve been alive, so I can learn so much from him and everyone else in the team as well. I have four fantastic team-mates and that?s also a benefit, because they?re also pushing me. It is very competitive, but it?s a positive push, because I don?t want them but they don?t want me to beat them, and we end up just pushing each other along, so it?s fantastic.” 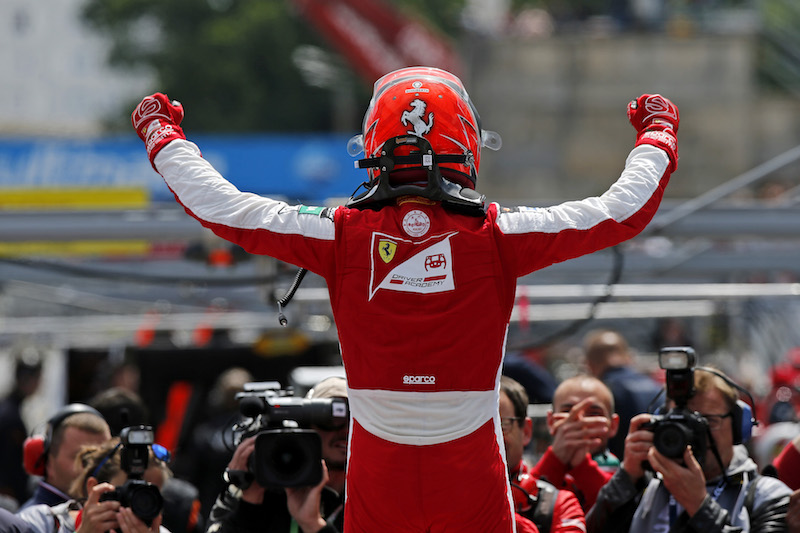 Armstrong can also benefit from the support of the FDA, which appears to be growing as a serious driver development effort under the leadership of Massimo Rivola, with an increasingly large but thriving group of drivers.

“In terms of the way they prepare us, it?s obviously second-to-none,” Armstrong says. “You can just look at the results. The way all the mental trainers and all the physical trainers are preparing us – it?s brutal but it?s fantastic.”

The European F3 field is as competitive as ever in its final season in its current format, and Armstrong was the sixth driver to get off the mark for 2018 when he won the seventh race of the season on Saturday at the Norisring.

Pau, as Armstrong’s first ever experience of a street circuit, was a tough place for him to make his F3 debut, but he stood on the podium in his second race, and he did the same at the Hungaroring.

“In my opinion I was ready to win races from the first round,” he says. “The only difference is that we kind of needed a weekend to settle down. Obviously we didn?t get the experience like, for example, Lando and Fenestraz did a few rounds the year before they did the championship. So we were almost one step behind going into Pau. Now that we have a ground base of knowledge we can absolutely attack.”

When Formula Scout speaks to Armstrong, he’s just finished third on the road in the second race at the Norisring, a result that moved him up to second in the standings. Soon afterwards, Enaam Ahmed was demoted from second place in that race, and Armstrong took over the championship lead – one he has moved into despite retiring from three of the first six races due to contact with Ticktum from which he came off worse.

“Today, if I wanted to, I could have absolutely gone for it and won the race but that?s not my intention. There?s a lot of risk involved in that. What happened in Budapest is a prime example. I could have just taken a step back in Budapest and I?d be leading the championship right now. Instead I wanted to win the race. So I?m looking at the championship and not the individual races.”

Already wise beyond his years, it’s clear that Armstrong is still learning quickly and displaying a rate of progress that could make him hard to beat over the rest of the season, and hard to stop from reaching F1. 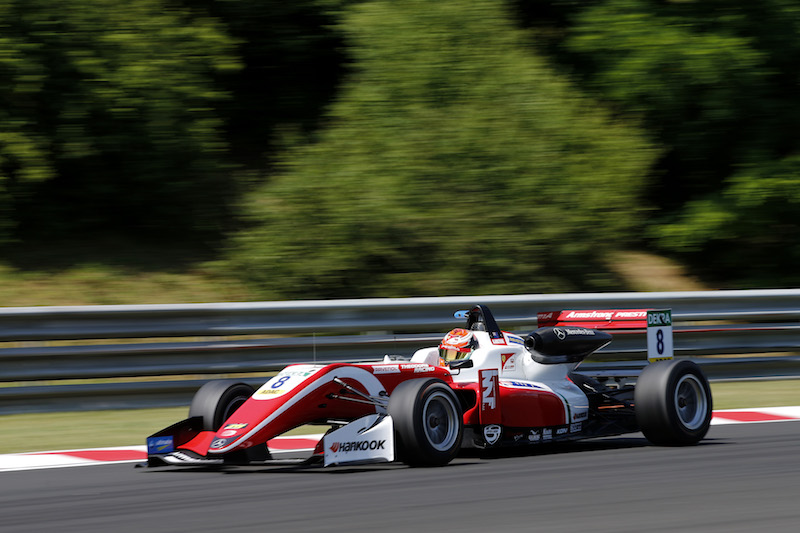