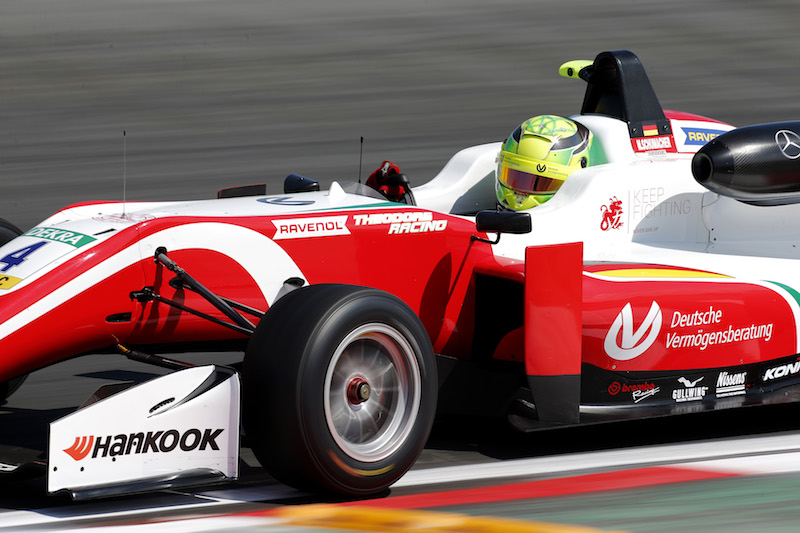 Schumacher made a good start from pole and controlled any advances from Armstrong throughout the race, as the pair traded lap times throughout.

The son of the seven-time Formula 1 world champion Michael won the 24-lap race by 2.224 seconds at the finish.

Prema maintained the top-four lock-out it achieved in qualifying, with Robert Shwartzman completing the podium after passing team-mate Guan Yu Zhou at the start.

Zhou would finish fourth after pressing Shwartzman hard throughout the race early on and towards the finish but dropped back in the middle part of the race after a lock-up.

Silverstone race three winner Juri Vips completed the top five, after passing Jehan Daruvala at the start, and later his championship-leading Motopark team-mate Daniel Ticktum with a brave move down the inside.

Ticktum would go on to finish sixth after pressuring Zhou in the opening stages of the race, but retains his championship lead with a reduced margin over Armstrong.

Daruvala lost another position late in the race to Alex Palou. The former Formula 2 driver made a robust move around the outside on the Force India junior driver late in the race.

Ralf Aron finished seventh, ahead of Palou, Daruvala and Jonathan Aberdein. The latter lost ground at the start and failed to regain it.