Santino Ferrucci to race for Fortec in Europe too 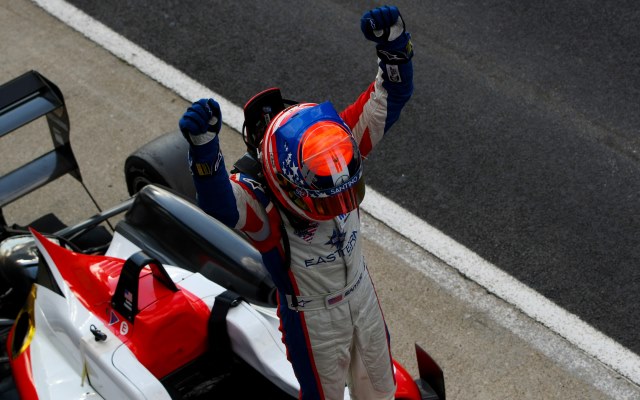 Santino Ferrucci will contest the final two rounds of the FIA F3 European Championship for Fortec Motorsports after two wins on his debut with the squad in British F3 last month.

American driver Ferrucci has raced with the EuroInternational team in the last five rounds of the European series, making his debut at Spa after his 16th birthday.

He scored a fifth and a fourth in just his second weekend at the Norisring, but his only other points finish has been a ninth place last time out at the Nurburgring after qualifying third in the wet.

Fortec meanwhile have endured a torrid campaign in the category, with ADD-managed drivers Mitch Gilbert and John Byrant-Meisner eventually both transferring to GP3 after below-par results and funding constraints. That meant that the team missed the Nurburgring round altogether.

But Ferrucci joined the team for the penultimate British F3 round of the season at Brands Hatch and won two of the three races, convincing him to continue with the British squad for the upcoming European events at Imola and Hockenheim in October.

?EuroInternational attended to me for about a year after I had my first Formula 3 test for them,? said Ferrucci. ?They guided me through the first 12 months of my car racing career and always gave their very best. I want to thank them for their effort, they were a great team for me.

“But now I have reached a point in my career where I feel that switching team will take me a step further. This move will allow me to learn something new and I hope it will help me grow as driver.

?I met Fortec Motorsports Team Principal Richard Dutton five years ago for the first time and since that day, I always wanted to race for them. They can look back on a successful history with young drivers and I hope to be able to add other successful chapter to this.?