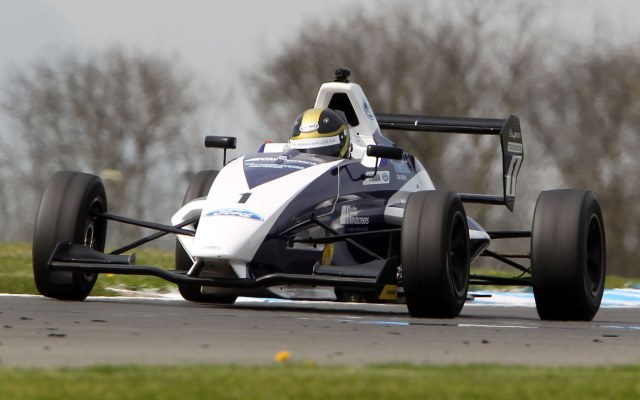 Sam Brabham claimed his first two Formula Ford pole positions in qualifying for the third round of the season at Thruxton.

Brabham edged out championship leader Jayde Kruger by 0.042 seconds to top the times and also set a second-best time that was the best of the field to claim pole for race three.

Max Marshall made it a JTR lock-out of the top three places, also within a tenth of Brabham’s pace. Harrison Scott was fourth for Falcon, and will be third on the grid for race three ahead of Marshall.

Ashley Sutton?claimed fifth place and the best of the scholarship runners. Sutton raced at Brands Hatch with Meridian and then missed Donington, but has now rejoined the series with Jamun in place of Jack Barlow who was injured in testing at Thruxton last month.

James Abbott will start alongside Sutton in sixth for race one, and ahead of him in fifth for race three. Similarly, Falcon rookie pairing Ricky Collard and Chris Mealin will share row four and then switch places for race three.

Juan Rosso spent much of the session in the pits but got up to ninth with his single effort – although he will start last for race three. Connor Mills will start the races tenth and ninth.