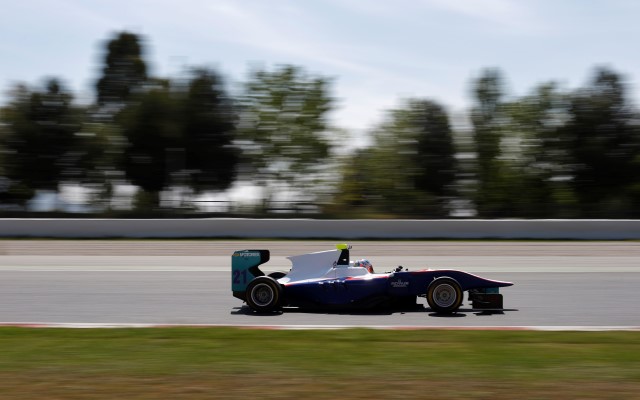 Jenzer Motorsport have confirmed that Pal Varhaug, Matheo Tuscher and Adderly Fong will start the GP3 season with the team.

Varhaug and Fong spent the entirety of pre-season with the Swiss outfit, while 2012 Formula 2 runner-up Tuscher joined the squad for the final test at Barcelona.

Announcing the line-up for the opening round, the team said “we hope that these drivers will be able to compete for the full season with Jenzer Motorsport.”

Varhaug won the first ever GP3 race in 2010 at Barcelona for Jenzer, and will now return to the championship with the same team and at the same track for the opening round of the season next wekeend.

Varhaug failed to score another point for the remainder of the 2010 campaign and finished up 13th in the standings before moving onto GP2, where he joined Romain Grosjean at DAMS. While Grosjean raced to the 2011 title, Varhaug failed to score a point (under the previous points system – he did claim a best result of eighth). He competed in Auto GP in 2012, finishing runner-up to Adrian Quaife-Hobbs. His only racing appearance of 2013 came at the GP2 opener in Malaysia for Hilmer Motorsport before being replaced by Robin Frijns.

Tuscher won the Formula Pilota China title aged 14 in 2011 with Jenzer before impressing in F2 the following season, when he claimed two race wins and remained in championship contention until the final round. He spent most of last year out of racing, aside from a single appearance in Formula Renault 3.5.

Chinese driver Fong raced in GP3 last year for Status Grand Prix, and was the only one of the team’s three regular drivers to score points with a ninth-place finish at Silverstone. The 24-year-old also won the Audi R8 LMS Cup in his native China last year.

Three seats remain to be filled ahead of the season opener – two at Hilmer and one at Trident.